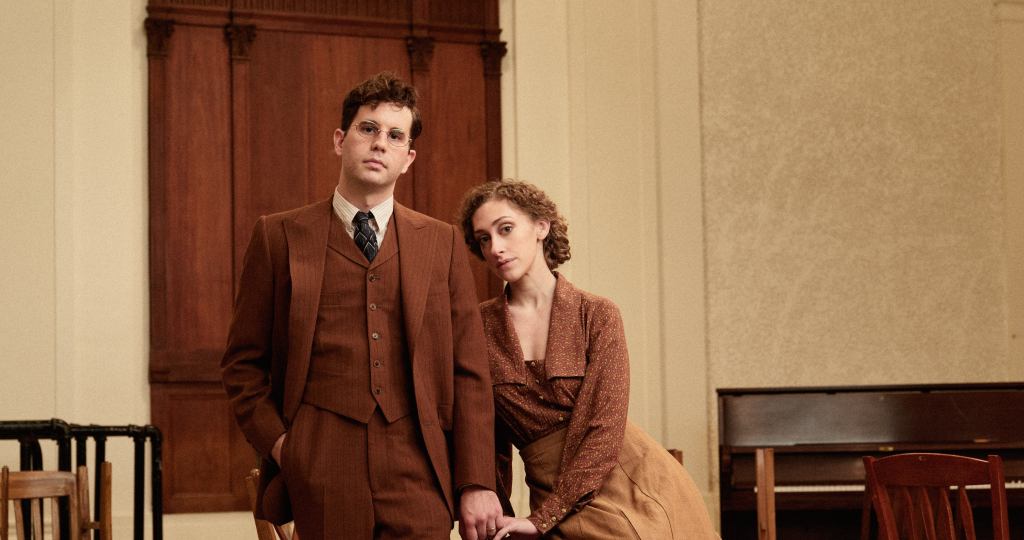 The limited engagement, revealed in a tweet this morning, will begin Feb. 21 at the Bernard B. Jacobs Theatre, with an expected closing date set for August 6. Opening date will be March 16.

The move to Broadway of the well-reviewed Off Broadway production has been speculated for weeks, and was announced in a tweet this morning and confirmed by producers Seaview and Ambassador Theatre Group. Platt and Diamond also discussed the Broadway move on Morning Joe today.

Inspired by historical events, Parade follows the Franks, a Jewish couple living in Marietta, Georgia, as they’re pulled apart and drawn together by Leo’s 1913 murder trial, conviction, appeal, and eventual lynching. Per the synopsis: “Brutal legal drama contrasts with haunting pastoral lyricism as an unlikely love story unfolds—a unique blend of tones that won both Brown and Uhry Tony Awards (for Original Score and Book respectively).”

Director Michael Arden said, “I am delighted that Alfred Uhry and Jason Robert Brown’s musical will be seen by Broadway audiences again after our brief run last fall. Parade has been a seminal piece of theater for me as an artist since it premiered 25 years ago, and to be collaborating with this incredible group of producers, designers, and artists led by the brilliant Ben Platt and Micaela Diamond is truly a dream come true. The story of Leo Frank is more important than ever to re-examine, and it is my hope that audiences are both inspired and activated to reflect on both the past failure and the enduring promise of the complicated tapestry we call America.”

In a joint statement, the producers of Parade said, “Jason Robert Brown’s and Alfred Uhry’s masterpiece, Parade, is one of the most beloved musicals of the past 25 years. Whenever you mention the show to a theater fan, they light up talking about the first time they saw a production or heard a recording. At City Center, Michael Arden mounted a magnificent production with incandescent performances from Ben Platt and Micaela Diamond that had audiences enraptured. We are overjoyed that we can bring this to Broadway so more people can experience Parade anew.”

Additional casting will be announced in the coming weeks.

Among the musical numbers in Parade: “All the Wasted Time,” “Do It Alone,” and “The Old Red Hills of Home.”