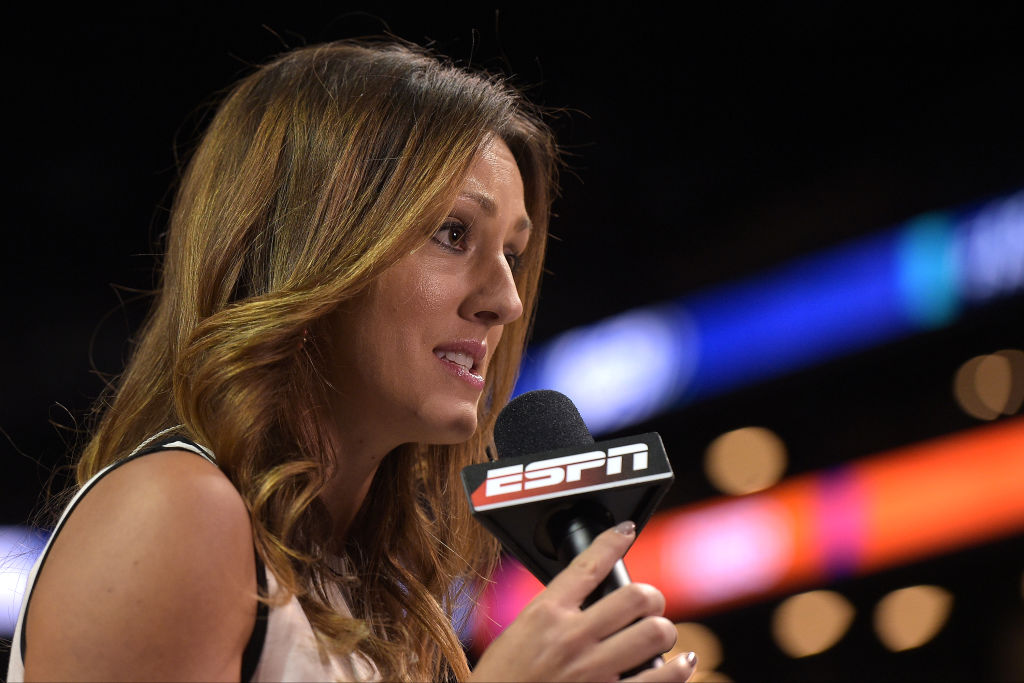 ESPN and its parent The Walt Disney Company are defendants in the lawsuit filed in US District Court in Connecticut Wednesday by former ESPN sideline reporter Allison Williams and ex-producer Beth Faber. Front Office Sports broke the story.

Williams and Faber were fired by ESPN in late 2021.

Williams said at the time that she chose not to take the vaccine because she and her husband were trying to have a second child.

“This was a deeply difficult decision to make and it’s not something I take lightly,” she said at the time. “I understand vaccines have been essential in the effort to end this pandemic; however, taking the vaccine at this time is not in my best interest. After a lot of prayer and deliberation, I have decided I must put my family and personal health first. I will miss being on the sidelines and am thankful for the support of my ESPN family. I look forward to when I can return to the games and job that I love.”

Williams said upon her departure from the sports media network that the Covid-19 vaccinations went against her “my values and my morals.”

“I have been denied my request for accommodation by ESPN and The Walt Disney Company, and effective next week, I will be separated from the company,” Williams said. “I’m so morally and ethically not aligned with this. I’ve had to really dig deep and analyze my values and my morals. Ultimately, I need to put them first. The irony in all this are the same values and principles I hold so dear are what made me a really good employee and probably what helped with the success I’ve been able to have in my career.”

Faber, who spent more than 30 years at the company, was fired in September 2021.

Dunn claims that “no serious attempt” was made by ESPN to “accommodate them.”

Mandatory vaccinations have been contentious for some time. More than 1,000 lawsuits have been filed regarding Covid-19 mandates. So far, the Supreme Court has not stopped companies from setting their own policies, although it has objected to mandates by the federal government.

Woody Harrelson To Host ‘Saturday Night Live’ For Fifth Time
What’s Next for DC Studios: The Good, the Bad, and the Bizarre
Kerry Washington Publishing First Book This Fall
How the Supreme Court could soon change free speech on the internet
Celebrity Mountain Lion P-22 To Be Memorialized At Public Wake, But Controversy Looms Over His Remains – Watch Livestream