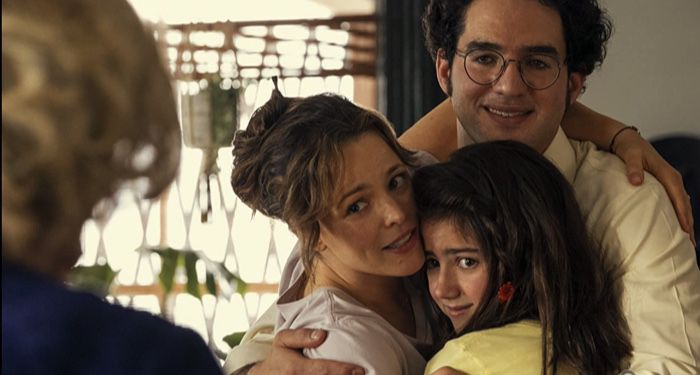 The official trailer for Lionsgate’s Are You There God? It’s Me Margaret adaptation has been released. The new movie is based on Judy Blume’s iconic coming-of-age novel with the same name that follows preteen Margaret Simon as she contends with a new school and longings to fit in.

The trailer shows Margaret (played by Abby Ryder Fortson) learning about puberty, joining secrets clubs with friends, and praying for normalcy — all with nostalgic ’70s trappings. Margaret’s mother (played by Rachel McAdams) also tries to adjust to their new surroundings, as Margaret’s grandmother (played by Kathy Bates) pushes against her family having left her behind in New York City.

The movie also stars Elle Graham and Benny Safdie, and is directed by Kelly Fremon Craig, who directed The Edge of Seventeen. It’s out April 28th.

Spot the Sussexes: Is that Harry and Meghan at Ellen DeGeneres’s surprise wedding vow renewal?
Is It Better To Wear Real Fur Or Faux Fur If You Care About The Environment?
Peloton CEO doesn’t care that equipment is losing money, sees path forward in the app
Reading Resolution: Shopping My Shelves in 2023
PinkPantheress and Ice Spice Share New “Boy’s a Liar Pt. 2”: Listen