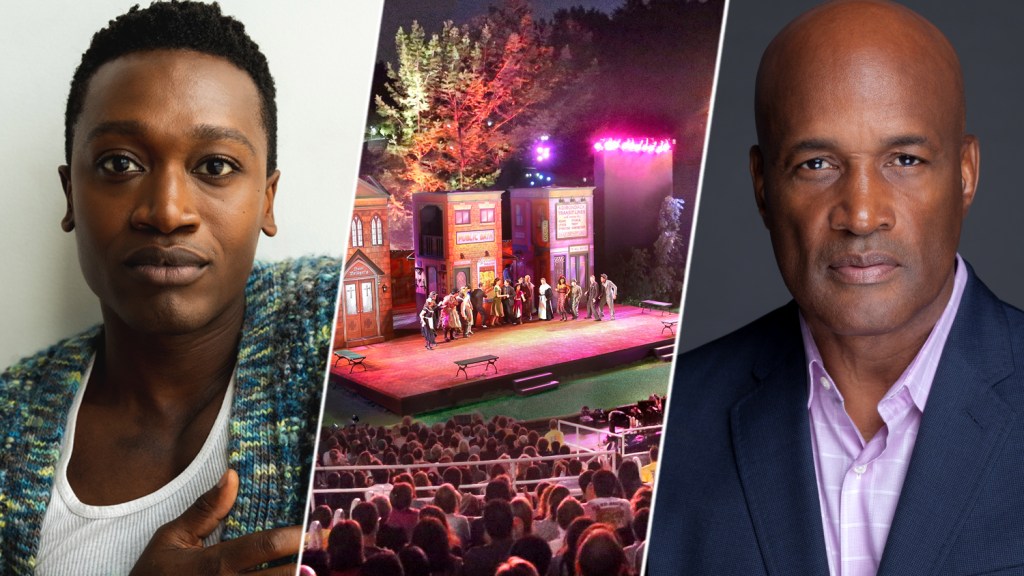 Tony Award nominee Ato Blankson-Wood (Slave Play) will take on the title role of Hamlet this summer, starring in the Public Theater’s extended, nine-week Free Shakespeare in the Park production at The Delacorte Theater in Central Park. Kenny Leon will direct.

Previews begin Thursday, June 8, with an official opening on Wednesday, June 28. The production runs through Sunday, August 6 as part of the outdoor theater’s 61st season.

The Public describes the production as “a riveting, contemporary post-Covid take on Shakespeare’s classic tale of family and betrayal, as enduring as the stars above Central Park.”

“I’m so happy to be at The Delacorte once again and to share something that binds us to one another,” said director Leon, who directed Much Ado About Nothing at the Delacorte in 2019. “A 500-year-old play exploring the need for a strong foundation of family, with music and words, Shakespeare’s Hamlet has much to say about humanity and the importance of our connectedness to each other. We set this production in 2021, filled with all of the challenges we face as Americans as we explore our need to love more profoundly both nature and its people.”

Said Public Theater Artistic Director Oskar Eustis, “Hamlet will be a beautiful salute to the city as we head into a season where we will be renewing and renovating our beautiful home, The Delacorte Theater.”

Blankson-Wood appeared at the Delacorte in last season’s As You Like It, and recently guest-starred in Netflix’s Dahmer – Monster: The Jeffrey Dahmer Story.

Hamlet has been previously staged at The Delacorte four times, most recently in a 2008 production featuring Michael Stuhlbarg in the title role. Sam Waterston played the Prince of Denmark in 1975, Stacy Keach took the role in 1972, and Alfred Ryder in 1964.

Additional casting for this summer’s production will be announced later.