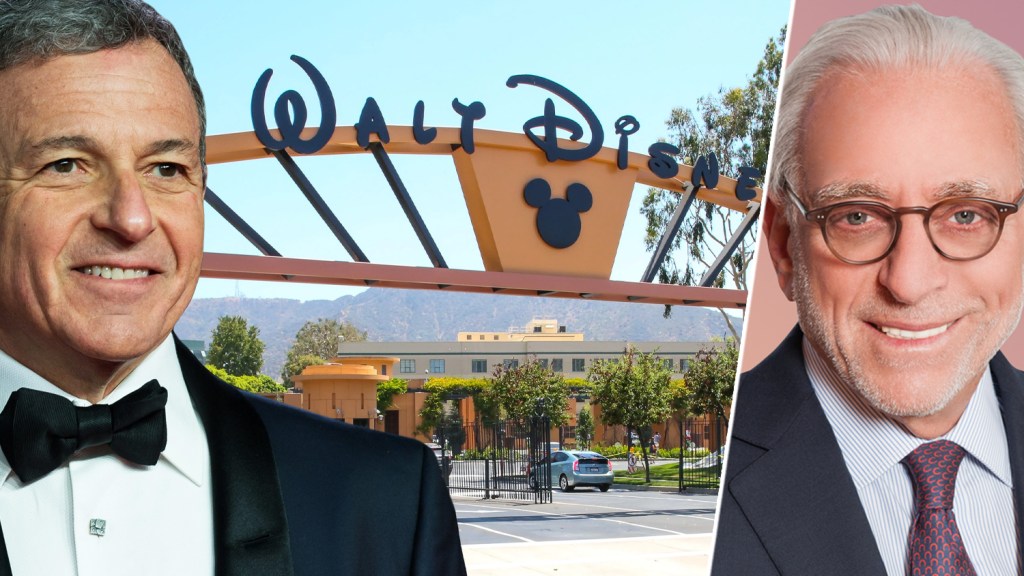 Investor Nelson Peltz’s broadside against the the Walt Disney Co., and the prospect of rare proxy fight at the media giant, stunned media circles this week — and a flurry of SEC filings over the past few days suggest plenty more fireworks to come.

The activist investor’s demand for a seat on the company’s board and criticism of management have drawn the full attention of a Wall Street already on tenterhooks about how returned CEO Bob Iger will right the ship. The famed exec’s encore run as Disney’s chief already faces a series of challenges, some industrywide, others self-inflicted.

Peltz may not be a household name, at least in the entertainment world, but he could play a significant role in the company’s direction — certainly if he manages to persuade other shareholders to vote him onto the board.

Activists tend to be brash, outspoken veterans of the Street. Perhaps the best-known in media circles is Carl Icahn, who tangled with Time Warner and Lionsgate. Third Point hedge fund chief Daniel Loeb drew fire from George Clooney during a clash with Sony and, more recently, delivered former Disney CEO Bob Chapek a list of demands like spinning off ESPN before eventually retreating. Elliot Management has been known to get personal, demanding the ouster of AT&T chief John Stankey and his former boss, Randall Stephenson, atop a list of grievances.

By comparison, Peltz’s objectives are more straightforward, and he claims to be supportive of current management. He and his investment firm, Trian Partners, are not contesting Iger’s CEO role or the current configuration of the company. Rather, they lament its stumbles given the potent asset mix, and see themselves as offering “new perspective to improve performance.”

Trian fired its initial salvo Wednesday in an overview it called “Restore The Magic,” where it announced Peltz would be running for a seat on Disney’s board in opposition to the company’s proposed slate of directors, which includes new board chairman Mark Parker. Shareholders will vote on directors at the annual meeting, usually held in March. Trian has since put out a stream of follow-up information, including a slide deck and chronicles of its overtures and meetings with various Disney reps. Because it’s germane to Disney’s governance as a public company, the communiqués are filed with the SEC. Trian has also been pointing investors to a continuously updated website dedicated to the effort to turn around Disney, RestoreTheMagic.com. In a filing Friday, it said it had received “numerous inquiries and expressions of support from shareholders.”

Disney hasn’t released its proxy filing yet for the latest fiscal year ended in September. That’s where it would set the date for the annual meeting and list its own slate of directors as well as opposition candidates, as well as other proposals to be voted on — its own and as well as outside shareholder proposals, of which Trianon has few. It should be pretty eventful. They usually are: Last year, then-CEO Bob Chapek came out publicly for the first time against Florida’s so-called “Don’t Say Gay” bill, which was signed into law days later.

Trian aside, Iger still faces a host of challenges and changes. Chapek was abruptly ousted in November and the succession question is ongoing. Iger has a two-year contract. The company will also have a new chairman in Parker, also executive chairman at Nike. He replaces Susan Arnold as, Disney said, she has reached the 15-year mark as a board member, the maximum stint permitted under company bylaws.

Trian seems to be saying the quiet part out loud. In a CNBC interview, Peltz likened Disney to Communist China, and said its $71.3 billion acquisition of most of 21st Century Fox in 2019 put the company “through the wringer” financially, contributing to wiping out the dividend, a 57-year fixture counted on by the company’s many retail investors. Disney (and others) scrapped their dividends to conserve cash during the pandemic and hasn’t reinstituted it yet.

Just before Christmas, Iger called Peltz to tell him a virtual meeting was being scheduled but that it was unlikely to occur before January 6 “due to Mr. Iger’s plans to sail his yacht off the coast of New Zealand.”

A spicy passage in one SEC filing details a full chronology from Trian’s point of view. Peltz spoke with Chapek when the executive was still CEO last summer, the filing says, when he launched his critique of the company and made known his desire to sit on the board. Over subsequent months, Chapek’s ouster and a looming deadline for when new board members could be added to the ballot ahead of the shareholders’ vote complicated the dialogue. Just before Christmas, Iger called Peltz to tell him a virtual meeting was being scheduled but that it was unlikely to occur before January 6 “due to Mr. Iger’s plans to sail his yacht off the coast of New Zealand.”

A meeting was finally put on the books for last week.

The Disney episode has followed a familiar playbook for Peltz, whose board activities have earned him considerable attention in financial circles since Trian’s founding in 2005. He is currently non-executive chairman of The Wendy’s Corp. and sits on the boards of Unilever and Madison Square Garden Sports Corp., the parent of the New York Knicks and Rangers. The Brooklyn-born Peltz, 80, is a hockey fan and a friend of MSG chief James Dolan and has a personal investment in MSG. Previous board stints have included Procter & Gamble, HJ Heinz and Sysco. Consumer products, not media, have generally been Peltz’s wheelhouse.

Trian owns a stake worth nearly $1 billion in Disney, but given the media company’s size, that means the position is only about half of one percent. While that modest stake and Peltz’s relative lack of media experience have put off some Wall Streeters, Trian’s counter is that they are seeking only one board seat and that Peltz’s consumer experience is a match for Disney’s considerable footprint across theme parks and merchandise.

Shares in Disney, which have touched an eight-year low in recent weeks and badly underperformed the S&P 500 and many media peers, initially responded well to Peltz stirring the pot, rising more than 3% on Thursday. On Friday, though, they slipped a fraction of a point to close at $99.40.

Iger already had his work cut out for him given the uncertainty in the theatrical movie business, the negative momentum of the pay-TV business, and other headwinds. While he has moved quickly to undo some of Chapek’s moves, he is also the one who put Chapek in charge in the first place. It’s a decision many observers both inside and outside the Burbank company still can’t square with Iger’s storied run as CEO from 2006 to 2020.

Wall Street analyst Michael Nathanson, who maintains a “buy” rating on Disney shares, wrote a note to clients Thursday to express support for Peltz’s intervention, though he hopes Iger will be allowed to execute his plans.

“While we think Trian is correct to identify these issues, we believe that given the change in leadership, the company will quickly move to drive better profitability,” he wrote.

“In our view, Disney’s underperformance relative to the S&P 500 is a combination of macro concerns (like slowing consumer spending and advertising slowdowns), pandemic fallout from park closures, post-pandemic structural headwinds like accelerated cord-cutting and lower box office attendance. The few self-inflicted moves also include the acquisition of 21st Century Fox, increasing the Disney+ TAM [total available market] in late 2020 (which forced the company to spend more on broader content offerings), and the decision to continue stepping up for cricket rights in India and nonprimary sports at ESPN.”

Nathanson pronounced himself “optimistic” overall that Iger will make “the difficult decisions that are consistent with Trian’s objectives.” Disney’s profitability over the long term, then, “will be higher now than under prior leadership.”

Disney hasn’t faced such shareholder dissent since the early aughts. Former Walt Disney directors Roy E. Disney and Stanley Gold raised hell at the 2004 annual meeting in a bitter fight to oust then-CEO Michael Eisner. Shareholders at that meeting delivered a shocking 45% no-confidence vote against Eisner, who was stripped of the chairman’s title. Disney and Gold also threatened a proxy fight to seat an opposition slate of directors at the next annual meeting but backed down. Iger, an ABC and Disney lifer, eventually emerged from the tumult to become the company’s CEO.

Is It Better To Wear Real Fur Or Faux Fur If You Care About The Environment?
APA Ups Lindsey Wirkus & Joe Amato To Talent Agents
General Motors doesn’t expect significant U.S. production of EVs until second half of year
Selena Gomez shared a barefaced spotty selfie and it’s so relatable
Priscilla Presley challenges ‘validity’ of daughter Lisa Marie’s will