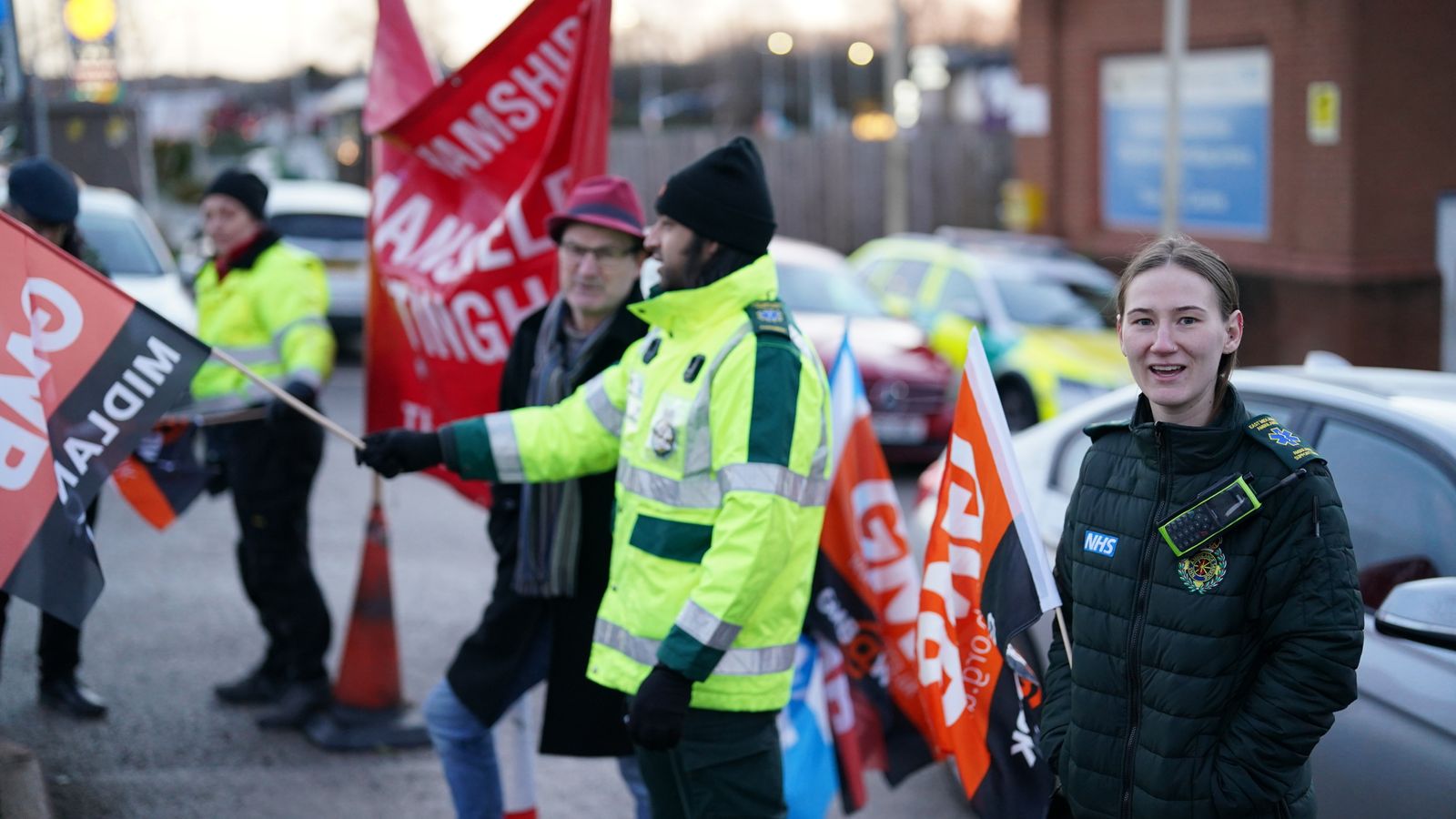 Union bosses will announce the outcome of today’s ambulance committee meeting in a long-running dispute over pay, jobs and conditions, at 1pm on Wednesday, Sky News can reveal.

Up to six more dates are being discussed after talks with Health Secretary Steve Barclay last week broke down.

Lib Whitfield, from GMB, said: “There’s a huge amount of anger from our members working in the ambulance service and from the representatives that Steve Barclay is not taking this seriously.

“Our members are saving lives day in, day out, and that is actually at risk because of the cuts they’ve made to the service. Our members will not back down in this fight and they need Steve Barclay to actually take them seriously.”

GMB members at the meeting were said to be “very angry”, especially over the anti-strikes bill being debated in parliament today, which will mean key industries will have to legally ensure minimum service levels during walk-outs.

A strike planned by GMB ambulance workers for 28 December was suspended after “incredible” public support during industrial action by the union on 21 December.

But last Wednesday, about 25,000 ambulance workers across England and Wales went on strike.

Staggered walkouts by paramedics, call handlers, drivers and technicians from the Unison and GMB unions took place over a 24-hour period.

In December, the average response time for ambulances dealing with the most urgent incidents – defined as calls from people with life-threatening illnesses or injuries – was 10 minutes and 57 seconds. The target is seven minutes.

Members of the Royal College of Nursing (RCN) across England are set to walk out on Wednesday and Thursday after their first ever strike before Christmas.

The union warned if progress is not made in negotiations by the end of January, the next set of strikes will include all eligible members in England for the first time.

Teachers and rail workers are also in talks with the government over pay as ministers hope to end strike action by their unions.

Ministers have continued to insist pay claims are unaffordable and are continuing to say wage rises should be decided by pay review bodies, made up of experts in their field and staff.