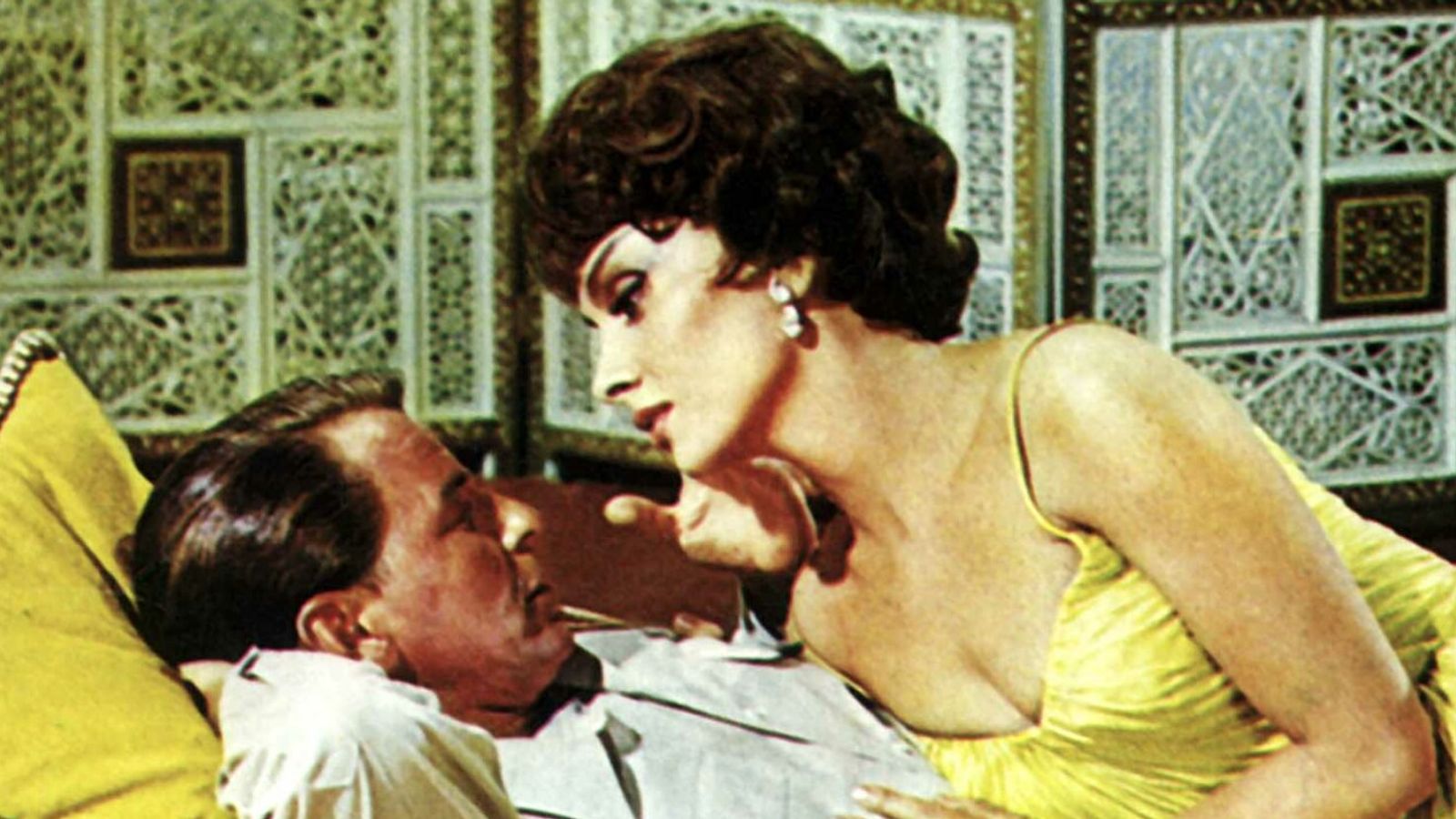 Italian actress Gina Lollobrigida has died at the age of 95, according to ANSA news agency.

She was one of the highest-profile European actresses of the 1950s and early 1960s, playing opposite Hollywood stars including Humphrey Bogart, Rock Hudson, Burt Lancaster, Tony Curtis and Frank Sinatra.

Starting out from humble beginnings, she became one of the most recognisable faces of Italian post-war cinema.

An international sex symbol thanks to her sultry Mediterranean good looks – and rivalled only by fellow Italian actress Sophia Loren – Lollobrigida was one of the last of the last remaining stars of Hollywood’s Golden Age.

Her former lawyer, Giulia Citani, said she died at a clinic in Rome, but did not give her cause of death.

Affectionately known in her native Italy simply as “La Lollo”, she starred in films including The Hunchback Of Notre Dame, Solomon and Sheba, Beautiful But Dangerous and The World’s Most Beautiful Woman during her five-decade acting career.

Eventually stepping away from the movie world, Lollobrigida found success as a photographer and sculptor in later life, also venturing into the world of politics.

Just last September, she failed in a bid to win a seat in the Italian parliament for Sovereign and Popular Italy (ISP), a left-wing political party at national elections, after they failed to reach the 3% electoral threshold.

In 1975, rumours swirled that she had had an affair with Cuban leader Fidel Castro, after she secured exclusive access to him for a documentary she produced.

She later made headlines in 2006, when aged 79, she announced she was marrying a man 34 years her junior. She went on to call off the wedding, blaming the media for spoiling it.

When she was 80, she said in an interview: “All my life I wanted a real love, an authentic love, but I have never had one. No one has ever truly loved me. I am a cumbersome woman”.

Born to a working-class family in Subiaco, a poor mountainous area east of Rome, Lollobrigida got her break in the film world after finishing third in the 1947 Miss Italia beauty contest.

One of her earliest screen roles was playing an adulteress in 1953 film The Wayward Wife. Leading roles in two Italian comedies directed by Luigi Comencini, Bread, Love and Dreams, and Bread, Love and Jealousy followed.

A role opposite Humphrey Bogart in John Huston’s 1954 film Beat the Devil added to her exposure, but it was the 1955 movie The World’s Most Beautiful Woman – which became one of her signature roles – which sealed her worldwide fame.

Despite making it in Hollywood, she preferred to work closer to home, making films throughout the 1960s with Italian directors such as Mario Bolognini.

Born Luigia Lollobrigida on 4 July, 1927, she studied at Academy of Fine Arts in Rome, before working as a model under the stage name Diana Loris.

Tempestuous and impulsive by nature, her on-screen success was accompanied by intense interest from Italian paparazzi and gossip writers.

At one point, in a bid to guard her private life, she retreated to an isolated villa on Rome’s ancient Appian Way.

In 1950 she married the Yugoslavian doctor Milko Skofic, who later became her manager. The couple had one son, Milko Junior.

They separated after nearly 17 years, with Lollobrigida saying at the time she had no intention of remarrying.

However, in 2006, she announced her she would be marring close friend Javier Rigau, a Spanish man 34 years her junior.

Months later, she called off the wedding, saying that the media coverage had ruined her life with “endless attacks, slander and violence”.

She later said in an interview with Reuters that she felt responsible for Rigau’s suffering, after the Spanish media labelled him an opportunist. In contrast, she said she was “more used to having falsehoods written about me”.

During a later trip to the US, she asked the American Congress to pass stricter laws protecting the privacy of people from intrusion by the media.

Following her stellar acting career, Lollobrigida forged a successful second career as both a photojournalist and sculptor.

She was also a goodwill ambassador for the United Nations Children’s Fund (UNICEF), and its Food and Agriculture Organisation (FAO).

Additionally, she published six books of her own photographs, with subjects including Italy, the Philippines and children.

In 1975 she made the documentary Portrait of Fidel Castro, and for years was surrounded by rumours that she had had an affair with the Cuban leader.

She also spoke in interviews of being a “great friend” of India’s first female prime minister, Indira Gandhi.

In her later years she threw herself into her sculpting, spending the summers living in an artists’ colony in the Tuscan city of Pietrasanta.

She had a one-woman show there in 2008 and dedicated it to her friend, the late opera singer Maria Callas.

Exhibitions of her marble and bronze statues have also been held in Paris, Moscow and America.

She said of the sale: “Jewels are meant to give pleasure and for many years I had enormous pleasure wearing mine. Selling my jewels to help raise awareness of stem cell therapy, which can cure so many illnesses, seems to me a wonderful use to which to put them.”