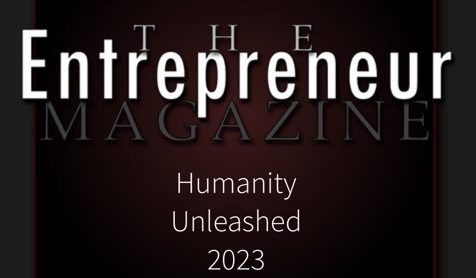 The vibe of the New Year is seamlessly flowing with the cosmos. Expressions of the divine touch the talents of many artists who are waiting for the world to recognize their brilliance. These are the people with infinite creativity and a passionate desire to tie the invisible threads together and breathe in the rhythms of the universe. By exploring their possibilities, we have come up with a scientific and intuitive list of those who are “MOST LIKELY TO SUCCEED IN 2023” or those who have already conquered success but are meant to continue in their particular industry because they are the best of the best….

Nick Molnar is the co-founder of Afterpay, which is now the largest industry in Australia and has recently entered the US market. This is changing the way people buy and pay for things all over the globe.

The Dr. on ABC Morning News promoting Balance 7. He has been a practicing medical doctor for over 16 years and is a big endorser of daily exercise. Balance 7 is a breakthrough product helping people who suffer from a variety of ailments including exhaustion and low energy.

Co-owner and editor of one of the most influential magazines on the planet “Louder Than War, Nigel Carr is also a partner at Carousel Projects and Presenter at Louder Than War Radio. Recently he released a successful video and song with his new band “My Beating Heart” called “Come On England.”

Founder of the “Let Me Help, Inc. Foundation, with the mission of helping people whose lives and livelihoods have been affected in someway by an unforeseen circumstance or illness by raising money through the celebration of music laughter and dance. SohoJohnny has already produced several virtual and live events globally.

He has donated $21 million thus far to education and healthcare.

Since the year 2000 he has given more than $46 billion to charity and it’s commonly known as one of the world’s biggest philanthropists.

Bill Gates is known as one of the most active, modern-day philanthropists on the sphered in 2023. 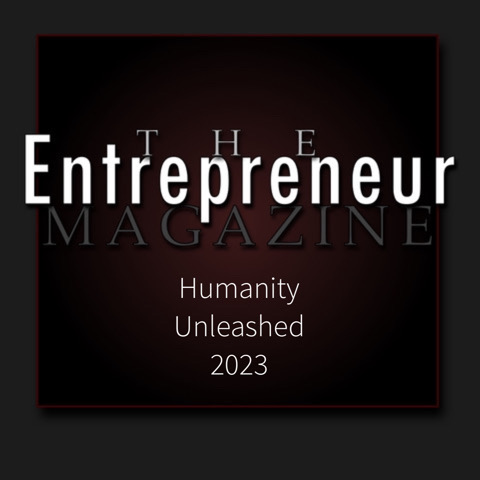 Rocky Kramer is a Norwegian/American guitarist, singer, songwriter who is currently based in Los Angeles. He became widely recognized in 2018 when he headlined the Seattle Hempfest. Rocky is set to Star as the lead role in a feature film “Rockin’ In Time.”

Ed Sheeran continues to leave the ranks of pop star male singers, songwriters and producers. He has won many awards including the Brit Award, the Ivor Novello Award and four Grammy Awards. He has had 6 number 1 singles and continues to chart

The Weeknd is a Canadian singer, songwriter and producer, and considered to be one of the most popular and successful R&B artists of all time with multiple Grammy wins and nominations.

Beginning his career in the boy band One Direction put Harry on a successful solo career with a Wide International Fanbase still supporting him. He is currently working on his third studio album called “Harry’s House” which is expected to be released later this year.

Shawn Mendes originally gained popularity on Vine. He has since become one of the most popular singers with a solid Fanbase all over the world.

The next Ariana Grande or better, k14 year old Kylie Marshall is making tsunami type waves as a slow pop artist. Her first time performing was in front of an audience of 2500. She has also appeared on the iconic children’s show Wonderama and is currently filming a movie directed by Josh Webber called “Athena Saves Christmas.”

She first rose to prominence from her lead roles on Disney television programs including the High School Musical series.  Her debut single “Driver’s License took her over the top.

Daisy Jopling is a classical and pop world renowned violinist. She has toured the world and has recently signed a deal with Tribeca Records and is planning to release her new music shortly.

Signed with Atlantic Records she released her first single ABCDEFU which hit the charts worldwide.

Her first musical experience occurred when she was only 8 years old with the Los Angeles Children’s  Choir. She has already won 7 Grammy Awards and continues to stun the world with her music and surprises.

Jarvis Redd is quickly becoming a fierce force as a country singer. Recently invited to perform at the 50th annual CMA Fest this coming June. He has already been noticed by icons including Tim McGraw and gained nearly a million followers on TikTok in one week after posting one of his videos.

Tim first topped the charts in 1994 and continues to top the charts. He is a singer, songwriter and actor.

Garth Brooks is considered one of the top hundred greatest country artists and singers of all times. He is known for integrating Pop and rock into his music.

Carrie Underwood Rose to fame after winning the fourth season of American Idol in 2005. She has won 8 Grammy Awards thus far.

Ashley Cooke Took a stab at video sharing on TikTok and uploaded one of her songs “Never Til Now”. With 10.8 million likes and 843,000 followers she was able to gain over 1.3 million monthly listeners on Spotify alone.

Acclaimed singer, songwriter and musician Michael Shapiro has teamed up with illustrious guitarist, singer, songwriter Miles Schon. They are about to be signed to Tribeca Records and release their first single this month. This will be followed by two more singles and finally an album.

Riot Act is definitely a band to be recognized. Their lead guitarist is Rick Ventura who was formerly a member of the band Riot who rose to prominence in the 70s. Lead singer Don Chaffin rules the world with his outrageous vocals. Other members include Paul Ranieri and Claudio Gakinski.

Out of the Bay Area this psyche rock band is completely wild and unapologetic. Lead singer “No” or otherwise known as Frank Shubert plays 18 instruments and has worked with No Doubt, Rod Stewart, Devo and many others, His wife Olga Perry creates the wildest videos known to man and their drummer is Dave Kendrick of Devo.

THE AMERICAN RELICS is A band who takes us influences from the 70s and 80s. They bend all genres and find their music echoes the past, is celebrated in the present and fits in the future. Band members contain frontman John Gitano, Adrienne Dugger, Nelson Montana, Ian Zane, Josh Salant and Joni Ernst.

Mickey Burns: “From the Projects to Profiles”

John Robb: “The Art of Darkness: The History of Goth”

THE BEAST INSIDE: Director-Jim Towns

IF THESE WALLS COULD TALK WITH WENDY STEWART AND TYM MOSS

Tony Moore is a singer, songwriter, producer, promoter, and the original member of the iconic bands Iron Maiden and Cutting Crew

Ike Avelli is a world class comedian who has taken is own show to amazing heights. He also hosts several popular podcasts.

Tym Moss has been entertaining New York and is nationally acclaimed for several years. He is a singer, and comedian and hosts his own entertainment podcast

Ariel Sinclair is a New York and Fire Island superstar drag queen. She sings her own songs, and hosts a large number of shows. She’s a comedian and producer and is loved by everyone.

Porsche (aka Brant Kaiwi) Is one of the best loved and well-respected drag queens and impersonators on the planet. He was the first queen to appear on national television with Wanda Sykes.

Michael Musto is known as one of the most popular journalists of our time and for being a columnist and critic for the Village Voice, NY Times, The Advocate, and a million other publications. He is also a singer, comedian, host, television personality, and entertainer.

John Velasco: MD25: Let Me Help The Children of the World

Bed Bath & Beyond warns it can’t pay down debts, defaults on credit line
Ford and General Motors enter a new phase of uncertainty on prices and demand
How the Supreme Court could soon change free speech on the internet
How to watch all the big films nominated for Oscars and BAFTAs
Justin Bieber has just earned £162m – but there’s a pretty big catch