Thousands of nurses will go on strike today as a bitter pay dispute with the government continues.

Nursing staff from more than 55 NHS trusts will take part in industrial action on Wednesday and Thursday following two days of action in December.

The Royal College of Nursing (RCN) has announced that two further, bigger strikes will be held next month, while the GMB union is expected to announce further ambulance worker strike dates this afternoon. Junior doctors are also preparing to walk out. ‘I work 30 hours overtime to top up pay’

Thousands of operations and appointments are expected to be cancelled during the two consecutive days of strike action. Almost 30,000 needed to be rescheduled following December’s nurse strikes.

Patients have been told to attend all their usual appointments unless they have been contacted.

NHS England said patients should use services “wisely” by going to NHS 111 online but continuing to call 999 in a life-threatening emergency.

Some areas of mental health and learning disability and autism services are also exempt from the strike, while trusts will be told they can request staffing for specific clinical needs.

When it comes to adult A&E and urgent care, nurses will work Christmas Day-style rotas.

RCN chief executive Pat Cullen said: “Today’s strike action by nursing staff is a modest escalation before a sharp increase in under three weeks from now… People aren’t dying because nurses are striking. Nurses are striking because people are dying.”

The RCN has been calling for a pay rise at 5% above inflation, though it has said it will accept a lower offer.

Writing in The Independent, he said: “If we provide unaffordable pay rises to NHS staff, we will take billions of pounds away from where we need it most. Unaffordable pay hikes will mean cutting patient care and stoking the inflation that would make us all poorer.”

Separately, Mr Barclay has signalled that pay negotiations will look ahead to next year rather than reflecting on the 2022/23 pay award, which unions have said must be reviewed. 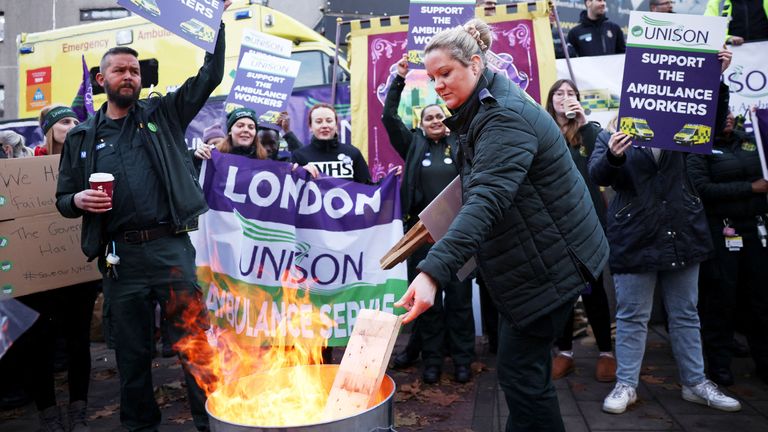 What does the anti-strike bill propose?

The strike action comes as Matthew Taylor, chief executive of the NHS Confederation, urged ministers to renew pay talks with unions in a bid to halt further industrial action.

He suggested waiting lists are likely to remain stubbornly high unless the government gives the “NHS a fighting chance”.

Mr Taylor also said continued strike action and winter pressures are jeopardising the ability of the NHS to break out of a “vicious cycle”.

He added: “We’ve been saying for weeks that the strike action couldn’t have come at a more difficult time for the NHS, but we hoped a compromise would be reached by now to bring an end to the impasse.

“All the while this continues, the NHS won’t be able to break out of the vicious cycle it’s in.” 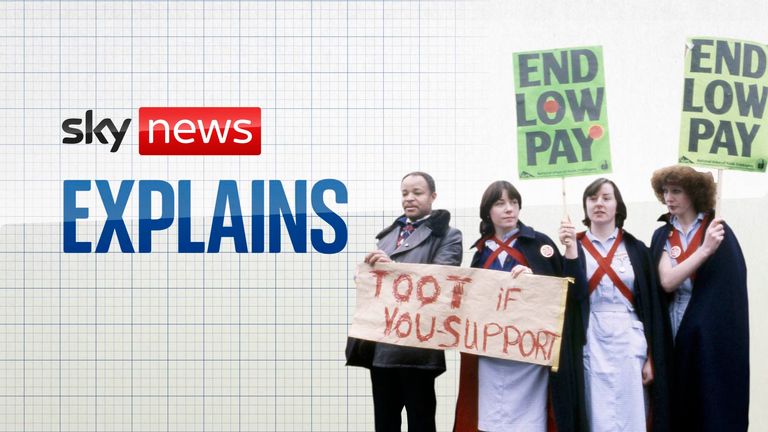 Have previous strikes been successful?

Meanwhile, nearly three in five Britons think the government is more to blame for the ongoing pay row with nurses lasting so long, according to a new poll.

Some 57% of people said the government is more at fault for the length of the industrial dispute with nurses, compared with just 9% who said nurses are more at fault.

The Ipsos poll of 1,080 British adults, carried out earlier this month, also found that a quarter of people felt both sides are at fault.

Matt Tacey, a 32-year-old nurse who lives in the East Midlands, has said he doesn’t want to go strike today – but he, as well as fellow colleagues, have been “forced” into the position because “the government just won’t enter any meaningful negotiations with us as a union”.

“You won’t find one single nurse that wants to be outside hospitals or places of work,” he added.

“We are disappointed to be striking because it goes against the fundamental aspect of being a nurse – providing care – and we want to be able to provide care, we want to improve lives.

“To stand outside hospitals and not provide care goes against every grain in our DNA and it’s going to be around three to four degrees tomorrow, so the government has literally left us out in the cold.”

Mr Tacey said patient safety needs to improved, and warned: “The NHS isn’t at breaking point, the NHS is broken.”

He went on to warn that some of his colleagues now need to pick up extra shifts “just to get by”, adding: “My wife and I often have to borrow money from parents just to see us through to the end of the month because current salaries are not covering the basic bills.

“We live in one of the richest countries in the world and yet people can’t afford heating, they can’t afford to put food on the table … it’s a national disgrace.”

Meanwhile, thousands of Environment Agency staff across England will walk out today as they strike over pay for the first time.

Members of Unison including river inspectors, flood forecasting officers, coastal risk management officers, sewage plant attendants and staff at the Thames Barrier are among those escalating their industrial action after refusing to do voluntary overtime in the run up to and during the festive period.

Unison says there are severe staffing shortages across the whole of the Environment Agency, fuelled by pay issues. ‘Schools may have to close’

It comes as Downing Street has warned that widespread strikes planned by teachers, train drivers and civil servants on 1 February could likely cause “significant disruption” to the public.

Paul Whiteman, general secretary of the National Association of Head Teachers (NAHT), has said school leaders may have “no choice” but to close their doors to pupils during strikes.

The National Education Union (NEU) announced plans to hold seven days of walkouts in February and March in a dispute over pay.

Nine out of 10 teacher members of the NEU who voted in the ballot backed strike action, and the union passed the 50% ballot turnout required by law.

Union leaders are due to meet the education secretary for talks later today.

Grammy Awards: Five things to look out for on music’s biggest night
Ford and General Motors enter a new phase of uncertainty on prices and demand
Quiz: Act Like A Social Media Influencer, Get A Book Recommendation
24 star Annie Wersching dies at the age of 45
Future, Missy Elliott, the Roots, Glorilla, and More to Perform During 50th Anniversary of Hip-Hop Celebration at 2023 Grammys