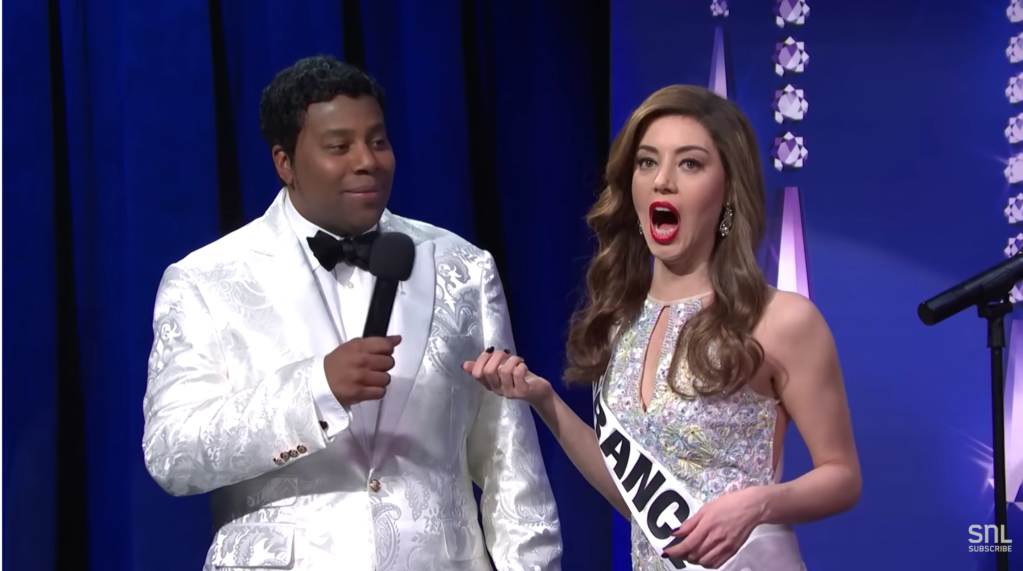 Miss France Eva Colas’ introduction at the recent Miss Universe made her a global viral star, with viewers calling her screeching “France” shoutout anything from satanic to rooster-like. The moment was immortalized on Saturday Night Live, with host Aubrey Plaza as Miss France.

She was joined by six other contestants — all shouting the names of their countries — in the final round of Miss Universe, which host Kenan Thompson explained is “one of several shows still on the air where we rate women, but it’s not what you think, we do it based off of looks.”

While a parody, the skit (watch it above), is not that far off the real thing. (You can watch a montage of real contestants from the 2023 Miss Universe, including Miss France, shouting the names of their home countries.)

The skit also includes a dig at new movie 80 For Brady, Heidi Gardner doing a spot-on Nip/Tuck recap as Miss Belgium, and Property Brothers Drew and Jonathan Scott as well as Tony Hawk as judges.