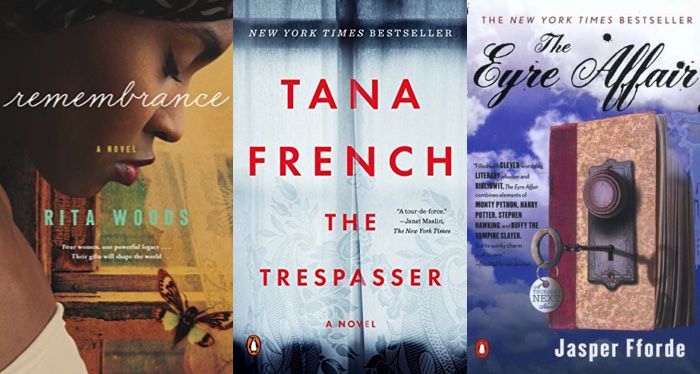 We the Animals by Justin Torres for $1.20

The Black Flamingo by Dean Atta for $1.99

Riot Baby by Tochi Onyebuchi for $2.99

American Gods by Neil Gaiman for $2.99

Motherless Brooklyn by Jonathan Lethem for $2.99

The Word is Murder by Anthony Horowitz for $2.99

Deathless Divide by Justina Ireland for $2.99

The Labyrinth of the Spirits by Carlos Ruiz Zafon for $1.99

The Night Country by Melissa Albert for $2.99

Agent Running in the Field by John le Carré for $2.99

How to Hide an Empire by Daniel Immerwahr for $2.99

Take a Hint, Dani Brown by Talia Hibbert for $2.99

Invisible by Stephen L. Carter for $2.99

Courage to Soar by Simone Biles for $1.99

Queen of the Conquered by Kacen Callender for $4.99

The Thirteenth Tale by Diane Setterfield for $1.99

Drive Your Plow Over the Bones of the Dead by Olga Tocarczuk for $1.99

The Invention of Nature by Andrea Wulf for $1.99

Speaking of Summer by Kalisha Buckhanon for $1.99

Sigh, Gone: A Misfit’s Memoir of Great Books, Punk Rock, and the Fight to Fit In by Phuc Tran for $2.99

Sharks in the Time of Saviors by Kawai Strong Washburn for $2.99

All the Stars and Teeth by Adalyn Grace for $2.99

The Dragons, the Giant, the Women by Wayétu Moore for $2.99

Lobizona by Romina Garber for $2.99

The Midnight Lie by Marie Rutkoski for $2.99

Moving Forward by Karine Jean-Pierre for $2.99

CNN lays off hundreds of staffers after business review − read the memo
Albanians ‘should be barred’ from claiming UK asylum, minister says
Indonesia’s GoTo has lost almost 70% of its valuation since its April IPO
Government running out of prison places and has to ask police for 400 cells
Ford CEO says 65% of U.S. dealers agree to sell EVs under company’s investment programs