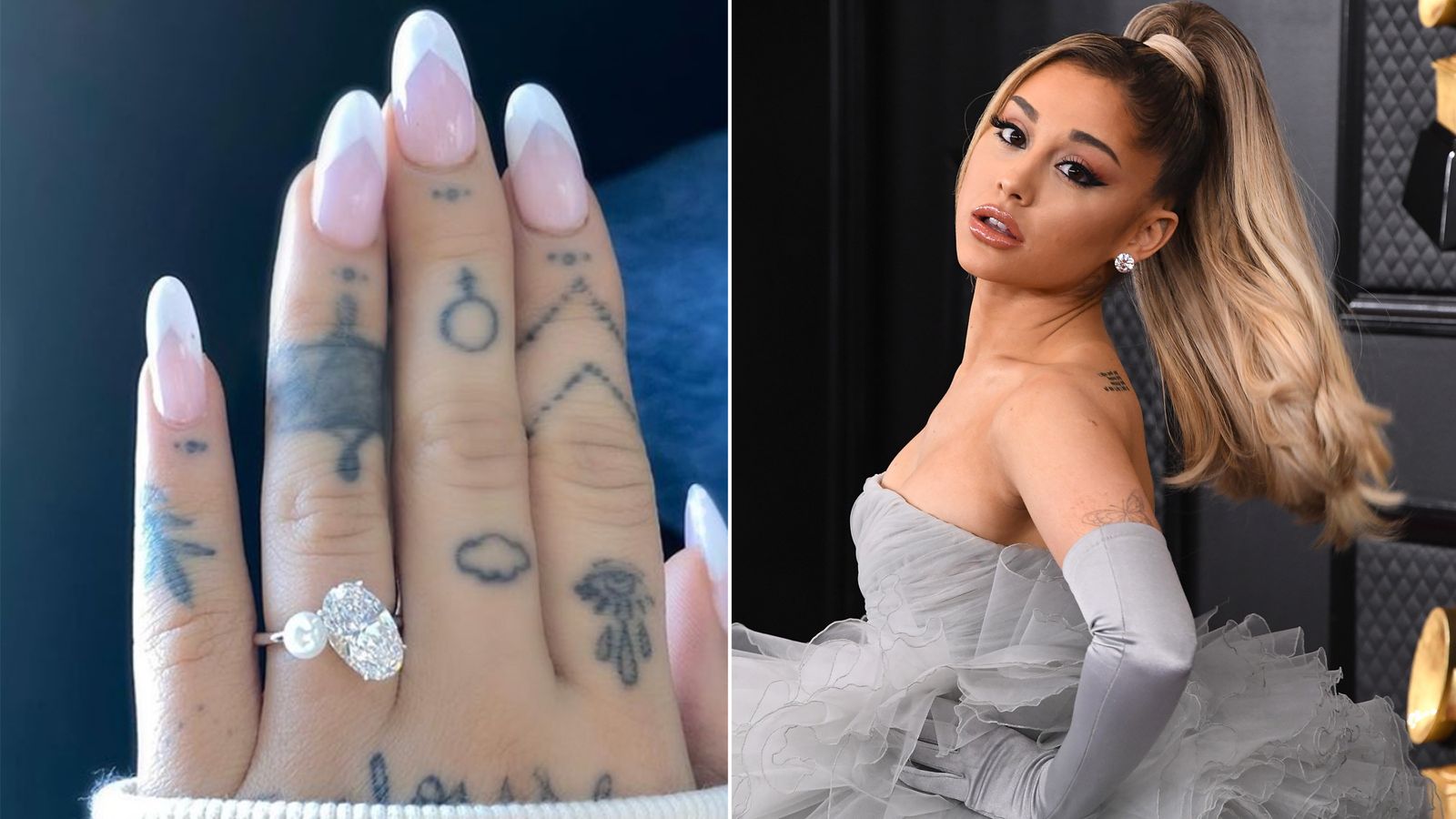 The 27-year-old posted a series of photos on Instagram showing her cuddling her fiance and showing off her ring.

A close-up of her tattooed left hand showed the ring to be two-stone with a large diamond set next to a pearl.

Next to the images, Grande wrote: “forever n then some”.

Kim Kardashian, Hailey Bieber and Milly Bobby Brown were among the stars to congratulate her on her engagement.

The singer’s mother – Joan Grande – also congratulated the couple on Twitter, saying she was excited to welcome Gomez to the family.

Grande has been dating the luxury property expert, who is also understood to be in his 20s, for around a year.

Gomez appeared with Grande in the lockdown video for her collaboration with Justin Bieber, Stuck With U, dancing with her in a bedroom.

The Thank U, Next singer was previously engaged to comedian and actor Pete Davidson, with the couple making the announcement in June 2018 after knowing each other for just a month.

However, after four months they called off the engagement and ended the relationship.

Grande released her sixth studio album – Positions – last month, topping the US and UK charts and giving her a number one in both countries with the lead single.

Next week Netflix will release a behind-the-scenes movie of Grande’s Sweetener world tour, titled Excuse Me, I Love You.

China’s Tencent bets on cloud computing growth abroad as its core video games business takes a beating
Kate Winslet Recalls Her Agent Being Asked About Her Weight When She Was Younger
‘Couldn’t be more excited’: Elton John to headline Glastonbury in last UK gig of final tour
UK Rapper Pa Salieu Sentenced to 33 Months in Prison
The Cinematic Orchestra to Reissue Every Day for 20th Anniversary