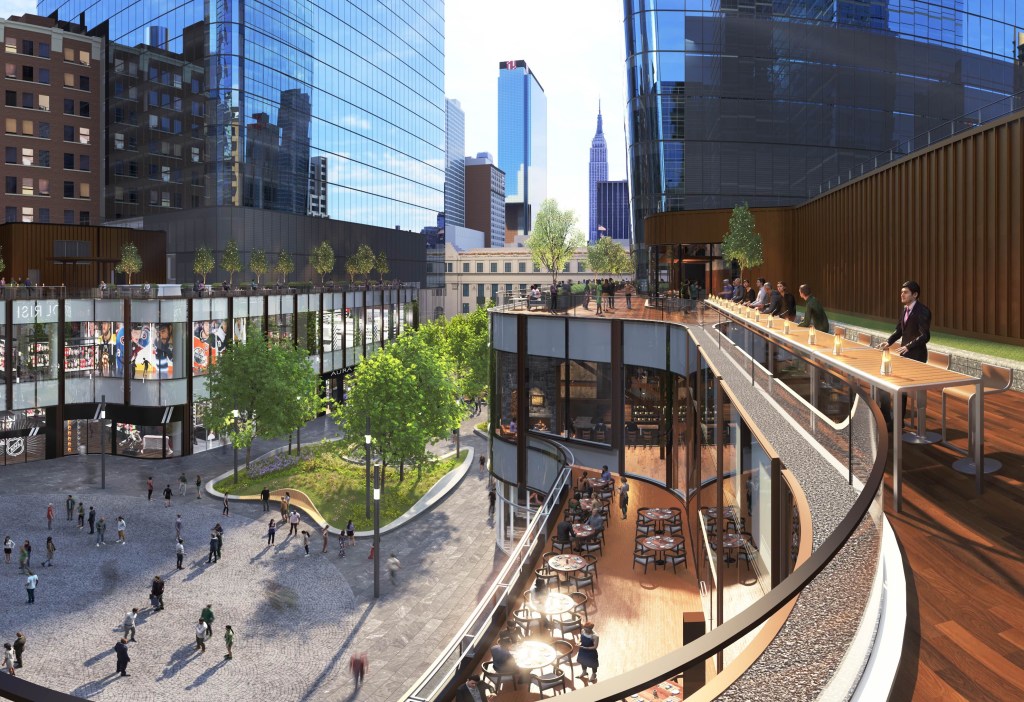 The new eight-acre Manhattan West mixed-use development complex in New York City will add a 10,000-square-foot entertainment and restaurant space in 2021, including an intimate, 160-seat theater with programming developed in part by Broadway producers Sue Wagner and John Johnson.

Wagner and Johnson’s Broadway credits include To Kill a Mockingbird, The Waverly Gallery, Hillary and Clinton, Carousel, Three Tall Women, Hello, Dolly! and A Raisin in the Sun, among others as well as touring and West End productions.

The venue at Manhattan West – the development runs from Ninth to Tenth Avenues and 31st to 33rd Streets, just east of the Hudson Yards complex – will be called The Midnight Theatre, and is being described by developer Brookfield Properties and design company Elemental as a “contemporary variety theatre” with state of the art projection and sound systems. Original content at the theater is expected to include narrative magic shows, theatrical plays, contemporary musical performances, comedians, podcasts, and livestreams.

The venue’s theater program will be led by Warren Adcock, co-founder (with partner Josh Cohen) of the hospitality and experience design company Elemental, with Wagner and Johnson producing what developers are calling “intimate Broadway experiences.” (The Midnight’s 160-seat capacity is a fraction of the Broadway theaters, some of which have more than 1,500 seats.)

Manhattan’s Far West Side has been a focus of politicians, business leaders and developers in recent years. Hudson Yards is the city’s biggest commercial real-estate build-out since ground was broken on Rockefeller Center almost a century ago. WarnerMedia’s headquarters (and the home of CNN) is 50 Hudson Yards. The area is also home to a range of ad agencies and boutique production companies. Covid-19 has put a big pin in the hopes for the neighborhood, which stirred to life a few years ago with the construction of the High Line, a park built on disused elevated railroad tracks that had become a tourist magnet before the pandemic.

“Wagner Johnson Productions will leverage its deep experience working within the theatrical community to connect Broadway’s top artists and artisans to the Midnight Theatre,” said Adcock in a statement. “2021 will mark the long-awaited rebirth of New York’s theater industry, and Midnight Theatre – under the producorial stewardship of WJP – will help reunite Broadway talent and audiences in a unique, innovative, and intimate setting.”

Performances will be announced in 2021, with the venue scheduled to open summer 2021.