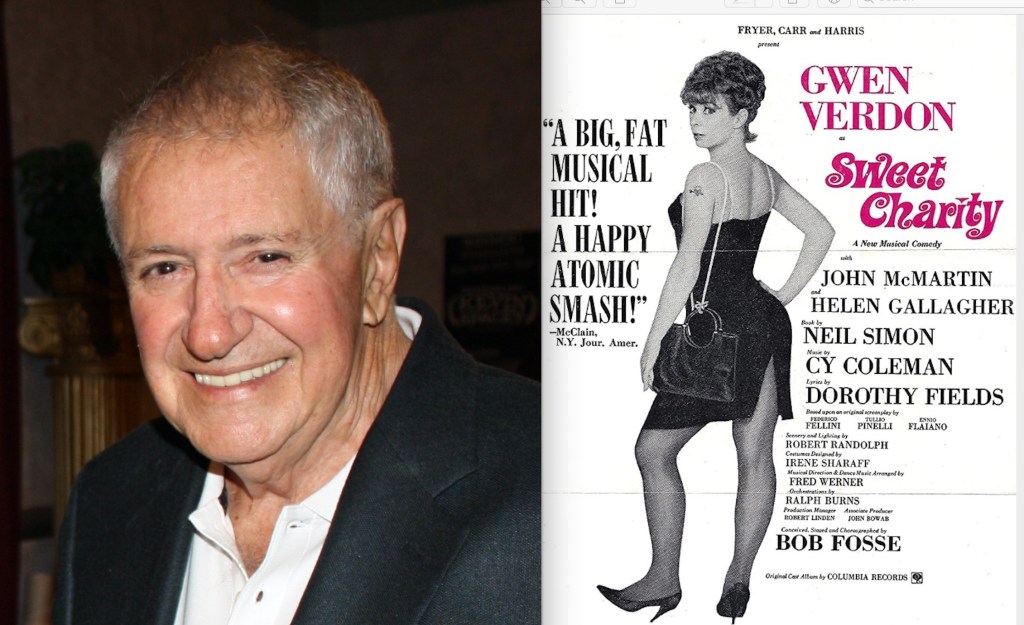 Paul Phillips, whose long career as a Broadway stage manager included work on such notable productions as Sweet Charity, Mame, Chicago and, in 1967, the now historic Judy Garland at Home at the Palace, died Dec. 5 of natural causes in Naples, Florida. He was 95.

His death was announced by publicist Harlan Boll.

Born in Pleasantville New York, Phillips enlisted in the U.S. Coast Guard and was deployed to fight in the South Pacific during WWII. After the war he moved to Hollywood for an acting career, but soon returned to New York, where he would shift from acting to Broadway stage management, beginning in 1959 with director George Abbott’s Fiorello!.

Abbott brought Phillips over to stage manage his next play, 1961’s Take Her, She’s Mine starring Art Carney.

Phillips’ next show was producer David Merrick’s short-lived production of The Rehearsal, and a 1965 City Center Revival of Guys and Dolls.

In 1966, Phillips was asked by Gwen Verdon, who would become a lifelong friend, to stage manage Sweet Charity, directed and choreographed by Bob Fosse. Phillips remained with that show until its closing the following year, at which point he was asked by Garland’s husband and manager Sid Luft to stage manage Judy Garland at Home at the Palace on Broadway.

Subsequent Broadway credits include Mame during Ann Miller’s 1969 starring stint and a 1970 revival of The Boy Friend starring Sandy Duncan.

Director-choreographer Fosse recruited Phillips for his new show Pippin in 1972, and, in 1975 at Verdon’s request, Chicago. After Chicago closed, Phillips stage managed the Broadway production of The Best Little Whorehouse In Texas, and the 1983 Broadway revival of Mame starring Angela Lansbury. His final Broadway credit was the shortlived 1984 play Open Admissions, and which Phillips became Stage Manager for shows at the Claridge Hotel in Atlantic City until his retirement in 1986.

Phillips remained Verdon’s closest friend and companion until the actress’ death in 2000, accompanying her to her numerous appearances including The Ed Sullivan Show, Lincoln Center performances, and The Tony Awards, among many others.

After his retirement, Phillips moved to Naples, Florida, where he was a founding board member of TheatreZone, a professional Equity theater company. He remained on TheatreZone’s Artistic Advisory Board until his death.

Phillips is survived by three nieces and one nephew. No services have been announced; in lieu of flowers, donations can be made to TheatreZone in Naples, Florida.