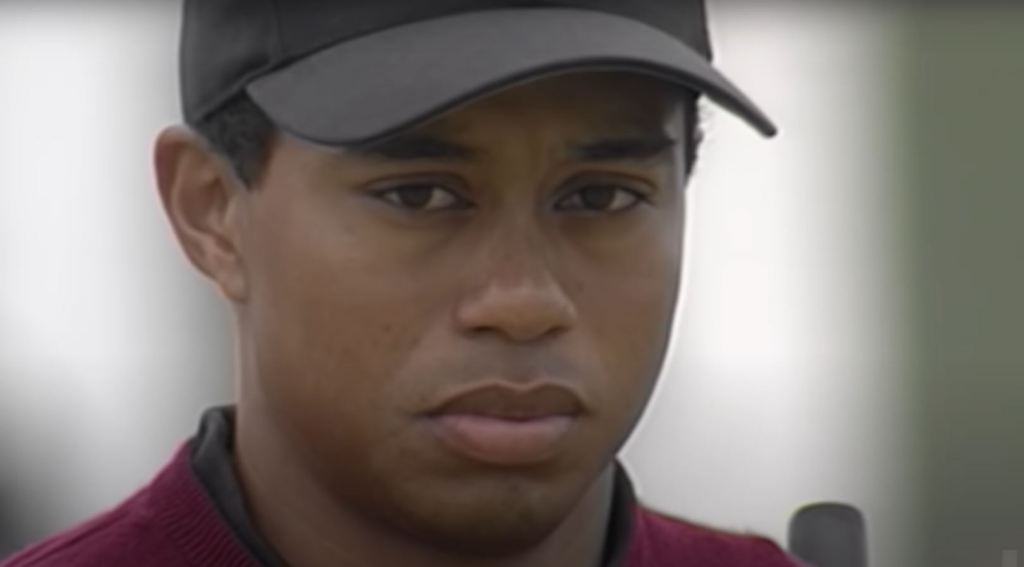 Tiger Woods’ life has come full circle. That seems to be one of the themes of Tiger, a two-part documentary from HBO Sports and Jigsaw Productions that is billed as a chronicle of the golf legend’s “rise, fall, and epic comeback.” That arc was hard ignore as Woods and his 11-year-old son, Charlie, played together at the PNC Championship last weekend. And the new HBO documentary promises an in-depth look at the story.

The newly-released trailer for Tiger opens with footage of an elementary-school-aged Woods, much like Charlie, on the course with his father. Woods was a Southern California wunderkind almost from the time he could walk, appearing on The Mike Douglas Show as a toddler with avid golfers Bon Hope and Jimmy Stewart.

The trailer traces Tiger’s remarkable rise from a cute kid to the sport’s most dominant golfer, with the attendant expectations not just of weekly victory, but of being a “bridge between all the different tribes races in humanity.”

Then came the downfall. The trailer teases interviews with Tiger’s first true love, Dina Parr; as well as Rachel Uchitel, the woman at the center of the sex scandal that forever altered Woods’ world. It is Uchitel’s first-ever sit-down interview about their relationship.

One voice that seems missing from the trailer is ex-wife and mother to his children, Elin Nordegren.

But Tiger does contain never-before-seen footage and revealing interviews with those who know the golfer best, including his former caddy and close friend, Steve Williams; golf legend and six-time major champion Sir Nick Faldo; and his father Earl Woods’ friend and biographer, Pete McDaniel.

In other words, this is Tiger Woods’ Last Dance.

Three American women share their abortion stories to highlight the stark reality of overturning Roe v Wade
PM ‘not aware of specific claims’ about disgraced MP and thought he was ‘best choice’ for deputy chief whip job
Virgin Orbit Rocket Launches 7 US Defense Department Satellites
Where to actually go on a first date in London this summer, because the choice is a bit overwhelming
It’s time British politicians stopped using their religion as an excuse for their anti-abortion misogyny