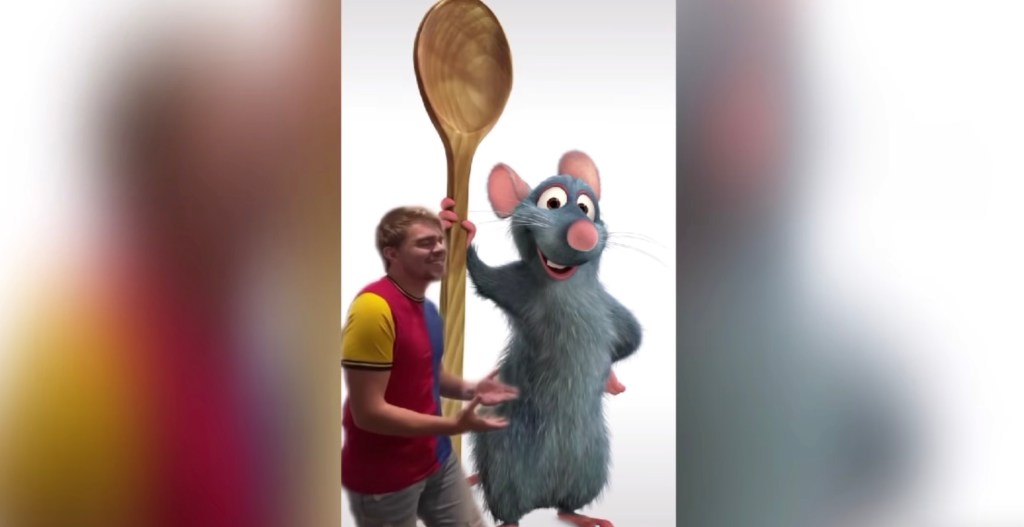 At least, not in any traditional Broadway sense, though the line is about to get very blurred. The production company behind Broadway’s Slave Play and Sea Wall/A Life will present a one-time streaming event called Ratatouille: The TikTok Musical as a New Year’s Day benefit for the Actors Fund.

Details – who will perform, which songs – have not yet been announced, but here’s what you need to know: In recent months, with musical theater fans – and a surprisingly high number of very talented musical theater fans at that – have written, choreographed, performed and posted on TikTok songs for an imaginary musical based on the Disney-Pixar 2007 animated film Ratatouille.

The meme kicked into high gear in August when TikToker Emily Jacobsen recorded, with chipmunk-vocals, an impossibly catchy ballad about the movie’s hero Remy. Sample lyrics: “Remy the ratatouille/the rat of all my dreams/I praise you, my ratatouille/May the world remember your name.”

When the song was picked up by TikTok influencers, thousands of musically-minded creators, from theater students to professionals, all with time on their hands due to the Covid lockdown, contributed their own offerings (hear a sampling below), some with elaborate, software-enhanced orchestrations. Even Broadway’s Dear Evan Hansen actor Andrew Barth Feldman joined the fun. Disney Channel actor Milo Manheim, with his bosses’ blessing, contributed “Ratatouille Rap,” with an official video filmed at Walt Disney World. (Watch it below.)

In November, Broadway producer Ken Davenport posted his own TikTok video professing his desire to get Ratatouille to Broadway, the post getting more the a million views in 24 hours.

The one-time-only, online event is set to debut Friday, January 1 at 7 pm ET and will be available for streaming for 72 hours. Tickets went on sale today, with proceeds benefiting The Actors Fund. (Prices range from $5 to $50.)

“Finding new outlets for creative collaboration has never been more imperative than it is right now,” said Seaview CEO Greg Nobile in a statement. “We can’t wait to share what these remarkable creators have dreamt up which will now allow them to benefit other artists through the vital work of The Actors Fund.”

Said Actors Fund President & CEO Joseph P. Benincasa, “The love for the performing arts shines through in the Ratatouille-inspired TikToks from theater lovers around the world. We’re truly honored that producer Greg Nobile and Seaview will be bringing that love and collaborative spirit to this creative project, which is sure to bring joy to arts lovers far and wide this holiday season, while at the same time will help raise much-needed funds for those in need in our entertainment and performing arts community.”

Lizzy Hale, Senior Manager of Content, Tik Tok US, added, “It has been magical to watch the TikTok community create and embrace the #RatatouilleMusical. From @e_jaccs’ original ode to Remy to @shoeboxmusicals’ set designs, seeing the endless creativity of the platform and the wider community rallying around it has inspired and driven a new forum for theater lovers to express themselves, participate, and enjoy the show. In a year where we saw Broadway close, the TikTok community brought musical fans together virtually with one of the most unique trends we have ever seen on platform.”

Here’s a taste of Ratatouille: The TikTok Musical: