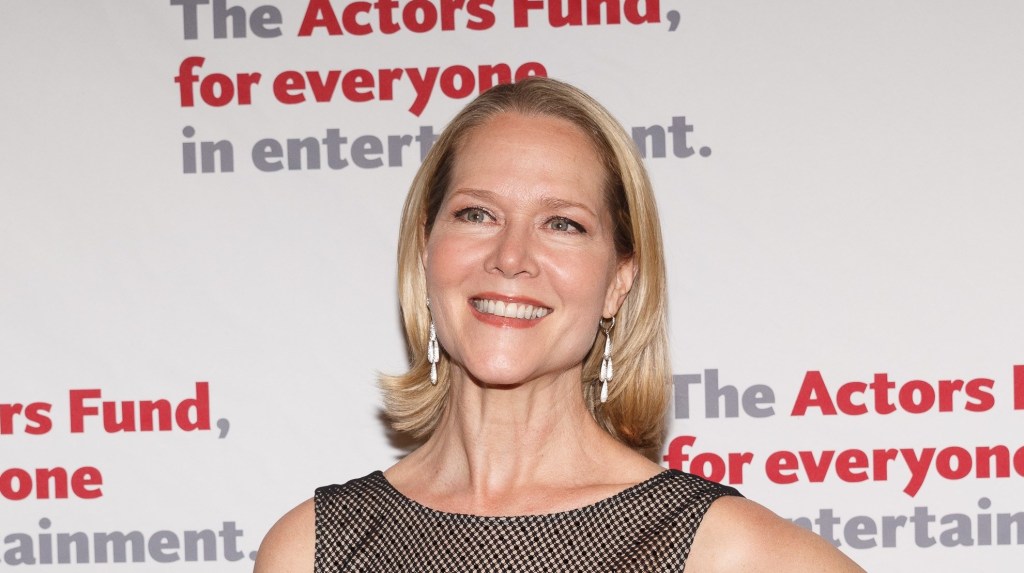 Rebecca Luker, a three-time Tony Award nominee and one of Broadway’s most acclaimed and popular musical actresses, died today at a New York City hospital following a nearly yearlong battle with ALS, or Lou Gehrig’s disease. She was 59.

Her death was confirmed to The New York Times by her agent Sarah Fargo. Luker was married to Broadway actor Danny Burstein (Moulin Rouge!).

The actress announced in February that she’d been diagnosed with amyotrophic lateral sclerosis, tweeting: “Hello friends. I have some tough news. Late last year I was diagnosed with ALS. I have the best medical care in the world and the greatest support. My dear husband Danny has been an angel. I will get well. In the meantime, we fight and go forward. Keep us in your thoughts.”

Luker’s ALS announcement was met with an outpouring of support from colleagues and fans alike — from Betty Buckley and Anika Noni Rose to LaChanze, Ben Stiller and Bebe Neuwirth.

The response from Broadway was even greater today. “One of the most glorious voices and the sweetest of souls,” tweeted Audra McDonald. (See more reactions below.)

A native of Birmingham, AL, Luker made her Broadway debut in 1988 as an original cast member of The Phantom of the Opera, later taking over the lead role of Christine from Sarah Brightman.

In 1991, Luker costarred with Mandy Patinkin, Daisy Eagan and John Cameron Mitchell in the Marsha Norman-Lucy Simon musical adaptation of The Secret Garden, and in 1994 she starred as Magnolia in a revival of Show Boat, earning her first Tony nomination as Best Leading Actress in a Musical

Luker’s bell-tone soprano was a natural fit for her next role, as Maria in the 1998 revival of The Sound of Music. That success was followed, two years later, by her second Tony-nominated performance in The Music Man, playing Marian to Craig Bierko’s Harold Hill.

In 2003 she appeared in Nine, and in 2006 scored her third Tony nomination as featured actress for her performance as Winifred Banks in Disney’s Mary Poppins. In 2013 and 2016 she led the replacement casts in, respectively, Rodgers + Hammerstein’s Cinderella and Fun Home.

Off Broadway roles included the 1997 Encores! production of The Boys From Syracuse, The Vagina Monologues (1999), Roundabout’s Death Takes a Holiday in 2011 and, that same year, a return to Encores! for Where’s Charley? Regional credits include Passion, Footloose and Sweeney Todd.

In addition to her stage credits, Luker has appeared on TV in Boardwalk Empire, The Good Wife, Law & Order: SVU, Bull and NCIS: New Orleans, and in the 2012 film Not Fade Away.

Luker, who was married to actor Gregory Jbara from 1995-97, is survived by Burstein and stepsons Zachary and Alexander.

This is the glory of her… the glory of music and theatre and heart and class all blending gracefully together and creating magic. https://t.co/dZ1logAHky

Devastating news. Becca was a beautiful, kind soul. So talented, so brave. It’s hard to imagine this world without her. RIP my sweet friend. https://t.co/psyB9sc9g1

Rebecca Luker was a light & such an inspiration to me. I was deeply touched by her in “Showboat” on Bway & went backstage to meet her. She graciously shared who her teacher was. She was so beautiful & will be profoundly missed. Thank you, Becca, for changing my life. https://t.co/tSZTvCDbsf

Ohhhhhh noooooooo… I first heard her sing at the 1991 Tony Awards when she appeared along with the company of The Secret Garden. She was perfection. She was incandescent. And she remained so.

Rest In Peace, Rebecca Luker. My deepest and sincerest condolences to her family.

Just devastating. She was an angel on earth. One of the most glorious voices and the sweetest of souls. Sending so much love to her family and especially to Danny. 💔💔💔

This is beyond heartbreaking. A beautiful performer and person who I grew up admiring. Love you, Danny Burstein. ♥️ https://t.co/OHQ96y9tp6

Rebecca Luker was humble, loving and kind. So much so that you would sometimes forget her otherworldly talent, until she would sing, and her golden voice would wrap you in peace. She was an angel on earth, and now in Heaven. I will always love you, Becca. ✨ pic.twitter.com/yZ9sfunM5L

All our hearts are broken today 💔 #RIP #rebeccaluker 🙏🏻

An inspiration both as person and artist. Sending you, Danny, all my love; love to her entire family.
RIP Rebecca.#RebeccaLuker

Oh Rebecca Luker I looked up to you so much. I fell in love with your voice on the Secret Garden OCR and then when I got to meet you, you treated me with such love and respect. You made me feel like I belonged in our community. I am so sad you are gone. pic.twitter.com/ZUtKjYeqPb

RIP Rebecca Luker. A great loss to her family and the Broadway community. 🕊❤ Rest https://t.co/RqMKeDI7Lp

Completely heartbroken to learn Rebecca Luker has passed. The first soprano voice I ever fell in love with. And talk about a special person – she was one of the most kind and gracious people to be around. Our hearts go out to Danny Burstein and family ❤️

RIP Rebecca Luker, a wonderful actress whose soprano made the world so much brighter. As Maria in The Sound of Music, Marian in The Music Man and in so many other shows, she made Broadway a glorious destination. She’s survived by her stepsons and husband, the great Danny Burstein pic.twitter.com/ipPGxjABsL

Rebecca Luker was one of the most beautiful voices on Broadway and a lovely person ,,We are all devastated for Danny and for ourselves,,we will never get to witness her talents on stage again 💔💔💔💔RIP Dear Dear Girl🕊 pic.twitter.com/6qSKhEZZ2c

What a huge loss for the American theatre. Rebecca Luker is gone too soon. Sending love and comfort to all who knew and loved her. May she rest in love and peace. Thank you queen for giving us so many beautiful memories. 🙏🏾💔

I am gutted by the loss of Rebecca Luker. She was an absolute gift to the world. I’m lucky to have shared the stage with her.

RIP Rebecca Luker. A devastating loss for Broadway and the world. Love to Danny and their children. We are all poorer today.

Our hearts are with Danny.

Such a great lady and the purist silver soprano of all.

💔No one sings like her. No one phrases like her. Her “Think of Me” is still untouchable.But it isn’t just the voice. It’s the soul. The graciousness, the generosity, kindness in every way. Rebecca Luker, you are beloved. There was no one like you. You inspired all of us 💔

To be in her company was to bask in the reflected glow of her sun-like light. There was no one more humble, more unexpectedly funny, or more glorious when she sang. To know her and work at her side was the deepest kind of grace. RIP Rebecca Luker
Love to Danny and their children pic.twitter.com/3Q5OINsUdI

Rebecca Luker just glowed! She had a beautiful, angelic spirit and a voice to match. What a devastating loss 💔 Sending all my love to her amazing husband, Danny Burstein, and their whole family. pic.twitter.com/Z3pNfGQSDe

Rebecca Luker was a leading lady for the ages. Her singing the “Can’t Help Lovin’ Dat Man” reprise with the guitar in SHOWBOAT is burned indelibly into my brain. The greatest. They broke the mold. Hail, hail.

She was the personification of sunshine, joy, beauty & grace whose golden voice radiated love, & touched our souls. RIP dear #rebeccaluker

‘Mr. Malcolm’s List’ Has Subdued $1M Weekend Amid Franchise Fever – Specialty Box Office
This is why you crave chocolate around the time of your period, according to an expert
Nerve-Cooling Implant Could Provide Pain Relief on Demand, Eliminate Need for Addictive Painkillers
Book Riot’s Deals of the Day for July 3, 2022
As experts warn that IUD restrictions could follow abortion bans, here’s every question you have about the contraceptive device, answered