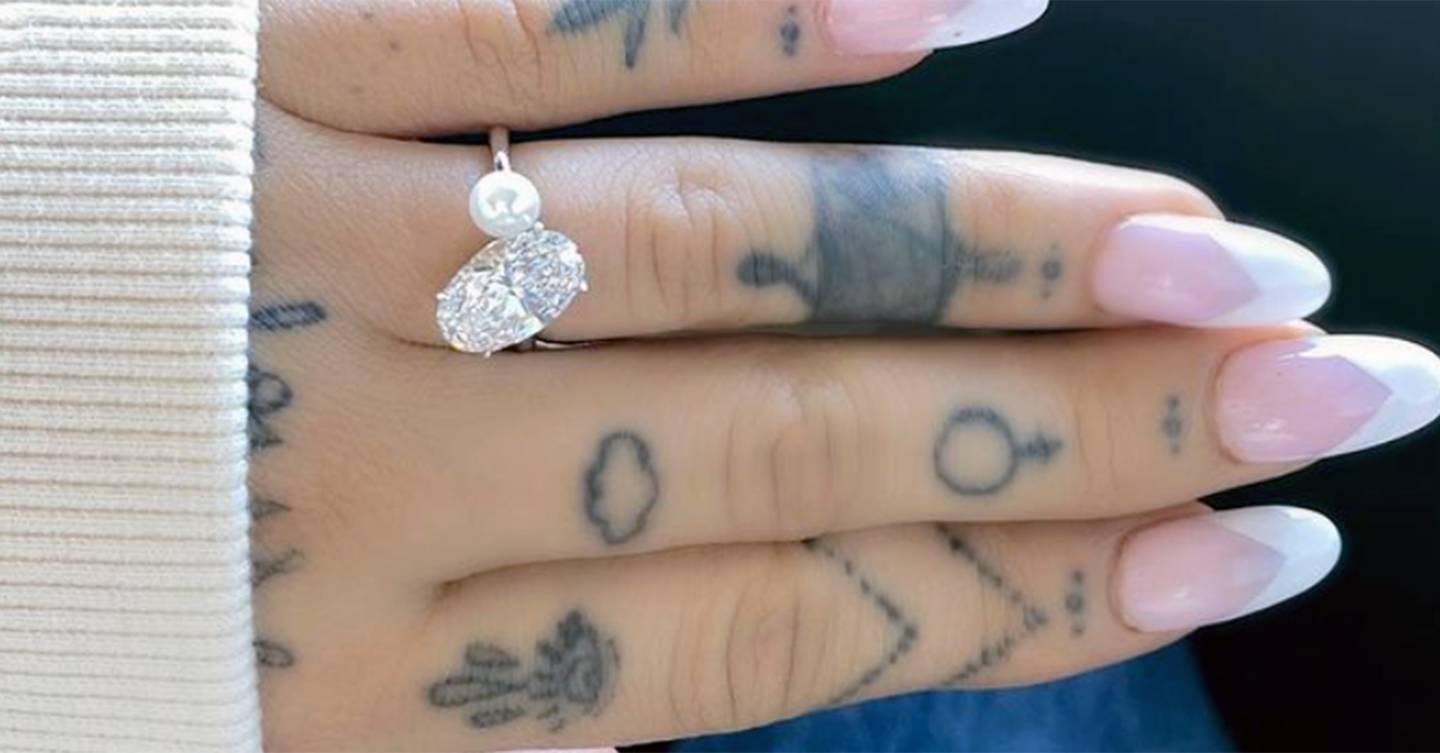 Despite us all being prepared for the inevitable onslaught of engagement-ring-by-the-Christmas-tree pictures to flood our Instagram feeds on Christmas Day – particularly this year, with so many couples spending the festive season together and without the prying eyes of their wider families – we were caught off guard this week when Ariana Grande revealed that she’d kicked off Christmas week with an early proposal.

Showing off the newly-acquired whopper on Instagram, the 27-year-old revealed Dalton Gomez had proposed with a series of images captioned: ‘forever n then some’.

But while the magpies amongst us were no doubt busy drooling over *that* diagonally-set estimated-8-carat diamond, Ariana’s most devoted fans noticed a potentially significant and sentimental detail alongside the mega rock.

The single pearl nestled next to the diamond was initially thought to be a fun, modern design detail perfectly in-keeping with the young star’s personal taste, but according to several Arianators it may actually be the very same pearl taken from her late grandfather’s tie pin.

In a Tweet posted over six years ago, Ariana revealed that her grandmother had commissioned a ring to be made for her grandaughter with ‘the pearl from grandpa’s tie pin.’ ‘She says he told her in a dream it’d protect me’, Ariana revealed, and she’s been spotted wearing the super sentimental piece on countless occasions since.

While she’s yet to confirm whether or not this is the exact same pearl, those fans who are in-tune with the musician’s nostalgic sentimentality and her loyal devotion to her beloved grandfather believe this would have been the perfect way for Dalton Gomez to have proposed.

Ariana… put us out of our misery and let us know, would you? Either way, this is a ring we at GLAMOUR HQ would certainly struggle to say no to.

And for those of you with a bit of a penchant for a mega rock, here are all the very best (and biggest!) celebrity engagement rings of all time…