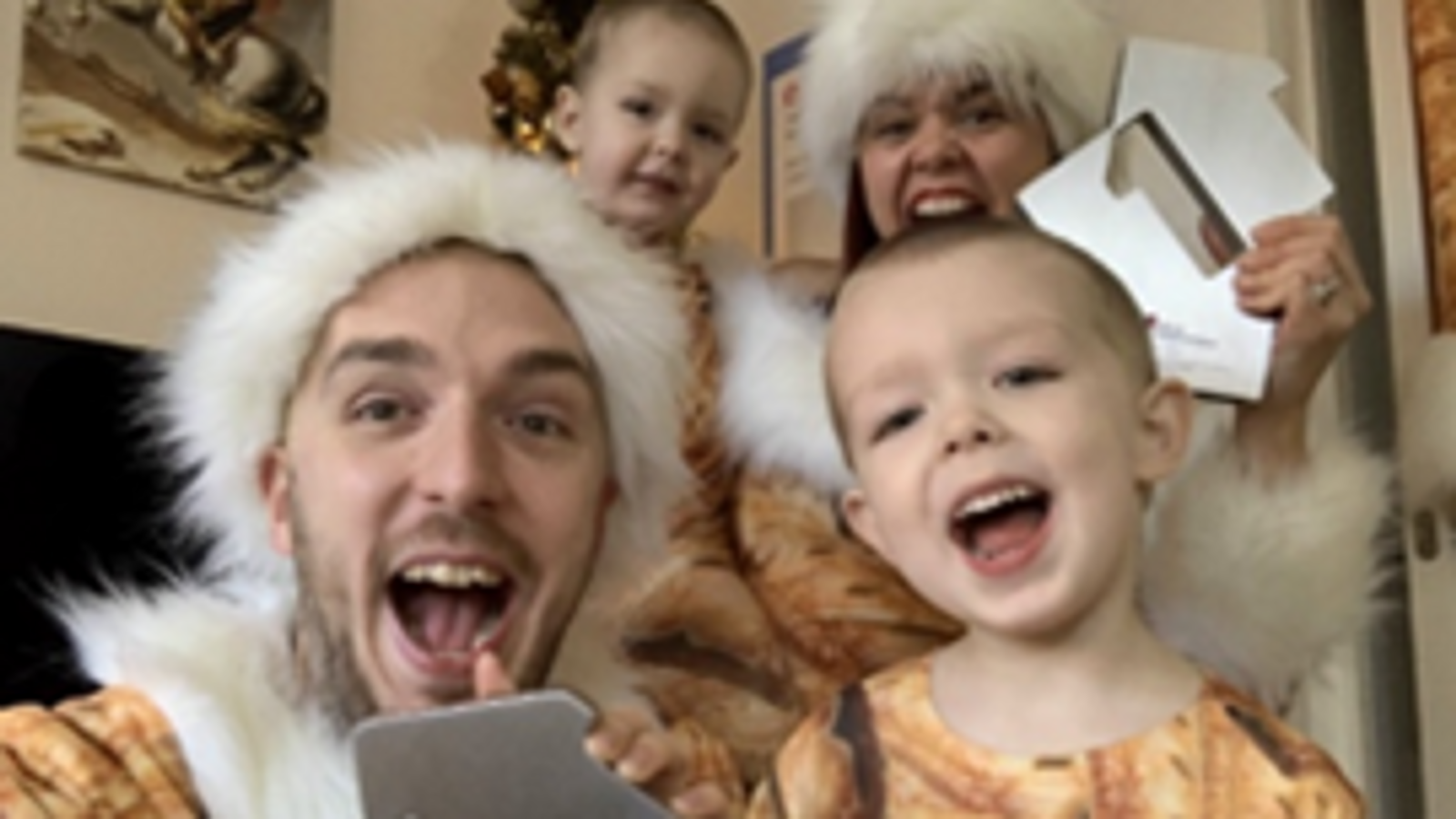 LadBaby – compromising of YouTubers Mark and Roxanne Hoyle – topped the charts with their sausage-roll themed Don’t Stop Me Eatin’, sung to the tune of Journey’s Don’t Stop Believin’.

First-week sales figures for the single have outperformed their previous two tracks which charted at number one.

All of the money raised is going to The Trussell Trust, a foodbank charity.

LadBaby said: “From the bottom of our hearts, we just want to say thank you again to everybody. We can’t believe that, a third year on, we’ve had so much support yet again.

“We’re trying to raise money for an amazing cause, so thank you. Merry Christmas to everyone and Don’t Stop Believin’ – that things are going to get better. 2021 is going to be better for everyone.”

Their previous two number ones were also about sausage rolls.

In 2019, they took the top spot with I Love Sausage Rolls – their own take on I Love Rock ‘n’ Roll by Joan Jett.

Their 2018 number one was called We Built This City, spoofing Starship’s classic hit.

LadBaby have now matched a record – also held by the Spice Girls and The Beatles – of having three consecutive Christmas number ones.

The Beatles were the first group to get three consecutive number ones between 1963 and 1965 with I Want To Hold Your Hand, I Feel Fine and Day Tripper/We Can Work It Out.

Mariah Carey’s All I Want For Christmas Is You took the second spot on the Christmas singles chart.

Wham! came in at number three with Last Christmas, while Jess Glynne took the fourth spot with This Christmas.

On the albums chart, Paul McCartney took the top spot with McCartney III despite tough competition from Taylor Swift and her album Evermore.