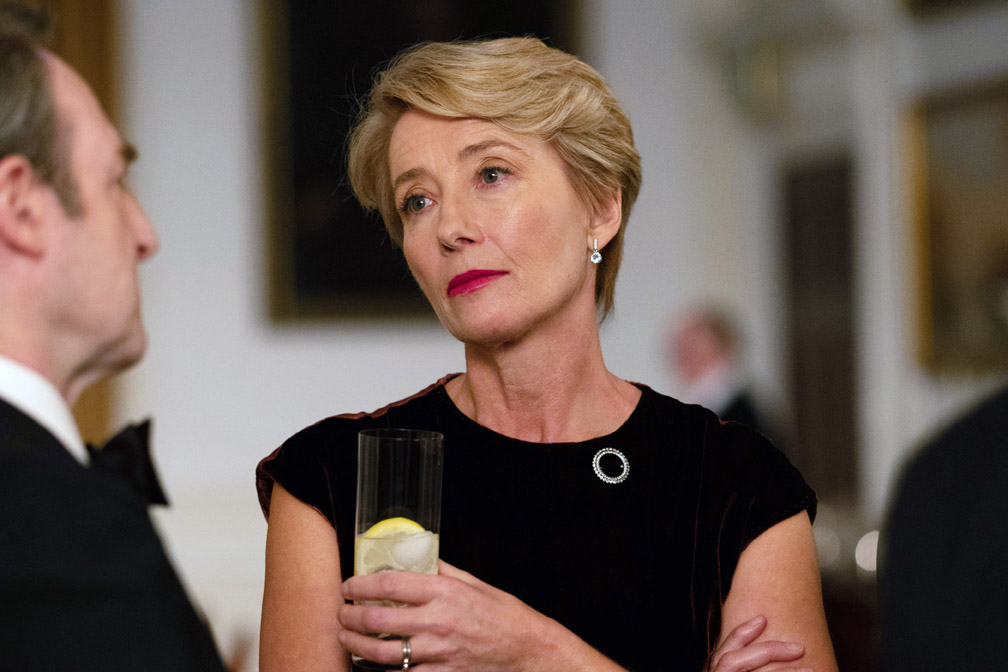 Emma Thompson is criticizing what is commonplace in Hollywood — older male actors paired on-screen with women half their age.

“It’s completely acceptable for George Clooney – who is delightful – to have someone who is 40 years younger than him or 30 years younger than him,” she said on the podcast CultureBlast. “If I have someone playing opposite me in a romantic way, they have to exhume someone, because I’m 61 now. Do you see what I mean? It’s completely and utterly unbalanced.”

Thompson turns that notion on its head in her upcoming film Good Luck To You, Leo Grande, in which she plays a 55-year-old widow who hires a sex worker in his early 20s.

“It’s very interesting with this woman I’m about to play,” she continued. “This young man says, ‘You’re perfectly attractive, why can’t you find another chap?’ And she says, ‘Because the only people willing to sleep with me are people my age, and I want to sleep with someone younger than me.’

Directed by Sophie Hyde (Animals), the film follows Nancy Stokes (Thompson), a 55-year-old widow “who is yearning for some adventure, some human connection, and some sex. Good sex. For the first time in her life. Whilst her husband Robert provided a home, a family, something resembling a life, good sex was never on offer. But he’s gone now, and Nancy has a plan. As she says, ‘there are nuns with more sexual experience than me’. So, being the reasonable, practical woman she is, and as an ex-teacher she likes to be organized, she does some thorough research and hires the services of Leo Grande, a sex worker (or ‘sex therapist’ as he prefers it) in his early twenties for a night of bliss.”

“If Leo Grande, the film that we make, speaks to people and people aren’t averse to seeing someone who’s 61 largely naked with a very much younger person, it’s going to be very interesting.,” she added. “We’ve got to keep being brave about that.”