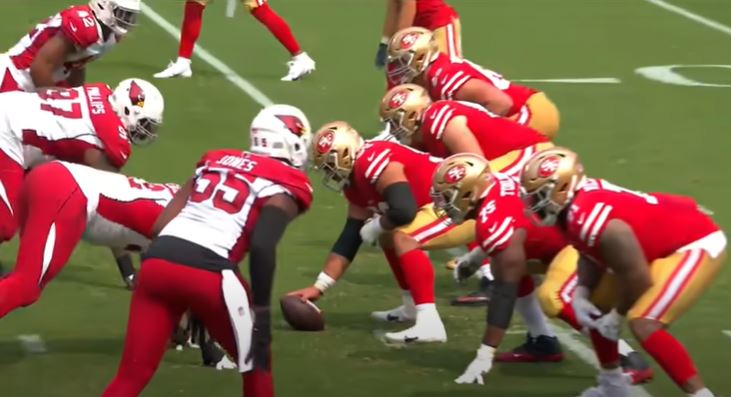 The San Francisco 49ers and Arizona Cardinals kicked off one of the last NFL games for 2020 on Saturday, but Amazon Prime Video couldn’t quite score with viewers as a handful of football fans complained of the streamer’s botched game broadcast.

A number of additional social media users expressed their dismay with the game broadcast, which also streamed on Twitch, and aired on NBC affiliate KNTV in San Francisco and FOX’s KSAZ in Arizona. Some football fans urged the NFL to reconsider its programming plans for a week-long “NFL Holiday Blitz.”

Other viewers experienced choppy video during the game, causing some confusion.

“Is it just my wifi connection or is the Amazon prime stream look jittery, not smooth?” Twitter user @SEAsports253 wrote.

The Amazon Prime Video stream was called “trash,” “garbage” and other viewers noted that “everything about this broadcast sucks.” While some were able to catch parts of the game, though with choppy images, other fans could not watch the stream at all.

“Why in the world would they put a game only on Prime?!,” another frustrated Twitter user said.

Additional complaints about the 49ers-Cardinals game on Amazon Prime Video included those about wide accessibility, the amount of anchors speaking at a given time and buffering.

See the social media reactions below.

I have great internet connection but the #NFLonPrime game is terrible! Luckily I don’t need to watch @NFL I will watch something else. pic.twitter.com/my6aHuEez9

Tried to watch 2 #NFLonPrime games. Every minute I saw this. #AmazonPrime pic.twitter.com/rfeiabNbqo

The stream has been trash since the pregame show…

I haven’t been able to watch this Cardinals/49ers game on @PrimeVideo because it won’t load. Why in the world would they put a game only on Prime?!

I can’t believe they did this! Amazon prime only. What a time to be alive! Must be 2020!

The Cardinals and 49ers on Amazon Prime is bs. Half the people that wanna watch probably don’t have it.

Do you think you can fix your link on top of the website that says Inactive @NFL @RedZoneChannel @nflcommish ? It’s week 16 and hasn’t worked all season. #ComeOnMan #NFL #NFLonPrime pic.twitter.com/Uod97xfj5s

Amazon Prime is on a delay

Hey @NFL, how many viewers did you lose today because not everyone (especially now) can afford #NFLonPrime and/or the @nflnetwork? Glad it was 9rs, Bucs, Cards and Lions… didnt miss all that much, but still.

@NFLonPrime Watching a streaming NFL game sucks! You have no control. I can’t pause or rewind to review. I vote a big NO on future NFL games in this format. #NFLonPrime

I can’t believe they did this! Amazon prime only. What a time to be alive! Must be 2020!