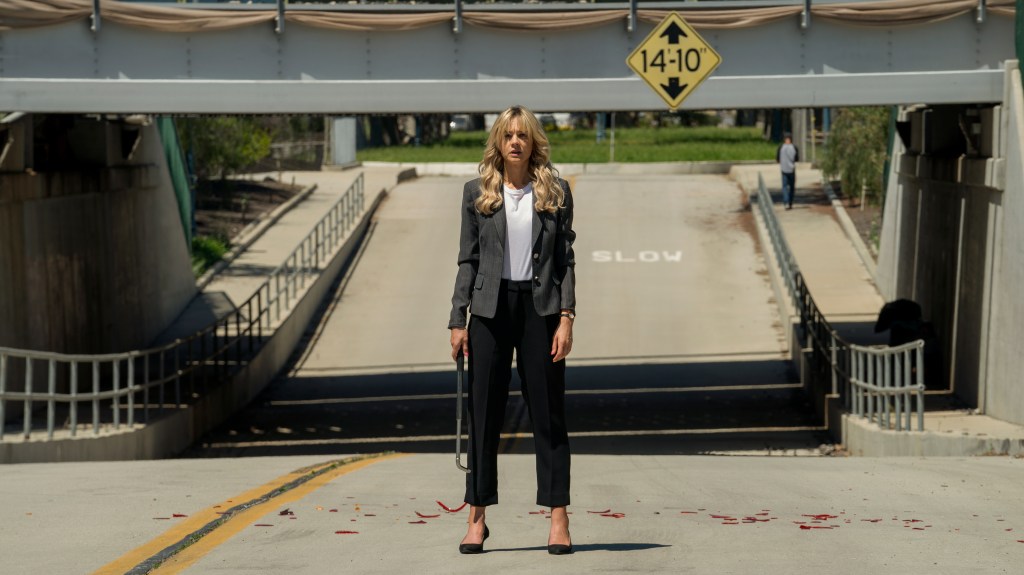 Since making its world premiere at Sundance, the film has been getting tons of buzz and acclaim. Currently sitting at 91% on Rotten Tomatoes, Promising Young Woman has — and still is — gearing up for awards season. Last week, the LA Films Critics Association awarded Mulligan with a Best Actress honor while Fennell nabbed Best Screenplay. This could very well be a forecast of what’s to come.

“We’re thrilled critics and audiences alike have championed the film, Carey, and Emerald’s genre-defying, ferocious story,” said Focus president of distribution Lisa Bunnell in a statement. “We’ve been waiting since its electrifying premiere at Sundance last year for audiences to discover Promising Young Woman and we’re excited they’re getting to see it in theaters.”

As Anthony D’Alessandro reported, Promising Young Woman debuted at number five in this weekend’s top 10. In addition, Focus continues to add to its piggy bank with the bro-comedy Half Brothers which earned an estimated $35K in its fourth week out to bring its domestic cume close to $2 million. Meanwhile, in its eight week out, Let Him Go earned an estimated $7K in 54 theaters to bring its cume to $9.4 million and Come Play, currently in 123 theaters, added $40K to its box office till for a cume of $9.5 million.

Roadside Attractions debuted Matteo Garrone’s adaptation of the classic fairytale Pinocchio starring Roberto Benigni on 764 screens. The film grossed an estimated $274,605 with a per-screen average of $359. Friday was the best night for the film banking an estimated $105,800.

Other noteworthy titles staying afloat in the specialty space include Lionsgate’s Fatale landed at #6 in the top 10 of the box office, earning $660K in its second week to bring its cume to $1.96 million. The War With Grandpa is still chugging along in its 12th week with a three-day total of $91K which brought its cume to $18.4 million.