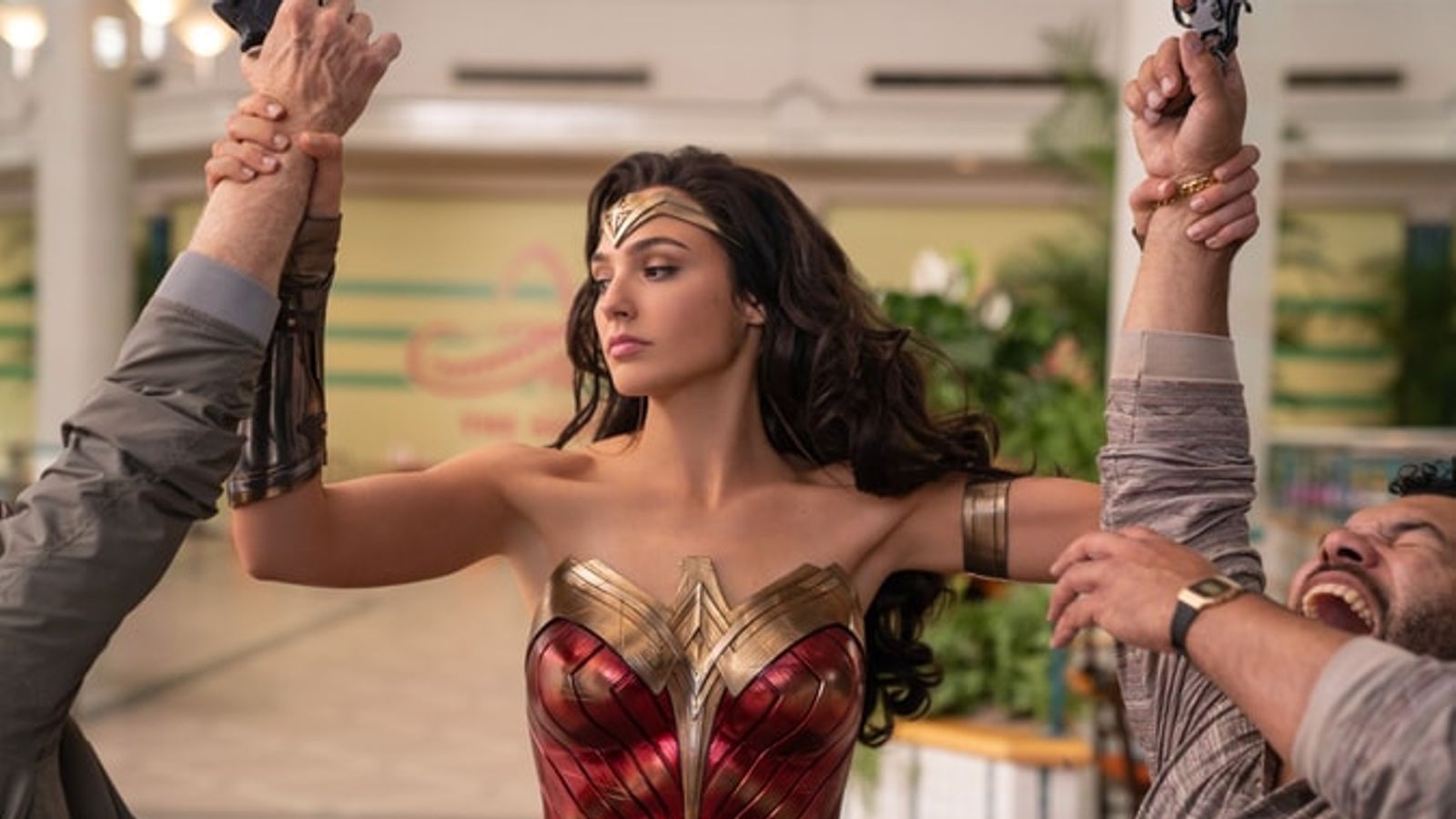 Wonder Woman 1984 raked in around $36.1m at cinemas worldwide over the Christmas holiday weekend, Warner Bros has said.

It is believed that $16.7m of that came from US and Canadian venues.

That makes it the highest domestic box office opening since the coronavirus pandemic shuttered cinemas in March, though the numbers were a fraction of those typical for a big-budget action movie.

To put that into context, Star Wars: The Rise of Skywalker hauled in $374m globally during the weekend of its release in December 2019.

Millions of people also watched WW84 – a sequel to 2017’s Wonder Woman – at home in the US, where the movie was made available to stream via WarnerMedia’s HBO Max.

Total viewing hours on the streaming service tripled on Friday compared with a typical day in the previous month, according to Warner Bros.

The film has not been made available to watch on demand in the UK.

It released in cinemas here on 16 December, however much of the country is in Tier 4 – meaning cinemas are shut.

It is due to be released for home viewing in the UK next month, but people will have to pay to watch it.

Following the news of its box office takings, Warner Bros said it would accelerate development of a second sequel.

The film will again be written and directed by Patty Jenkins, and star Gal Gadot as the lasso-wielding warrior.

It comes after Warner Bros said it will make all of its 2021 movies available on its streaming service on the same day as they are released in the cinema – angering some of the industry’s biggest creative talents.

The cinema industry has struggled massively during the pandemic, with Cineworld having taken the drastic action to shutter all of its venues after James Bond film No Time To Die was delayed for a second time.

Everyone’s watching Meta’s earnings report for a hint at how online ads are doing
Bed Bath & Beyond warns it can’t pay down debts, defaults on credit line
Barrett Strong, Motown Singer and Temptations Songwriter, Dies at 81
Cervical Cancer Screenings Are Lifesaving – Why Do So Many Of Us Miss Them?
Amazon to start charging delivery fees on Fresh grocery orders under $150