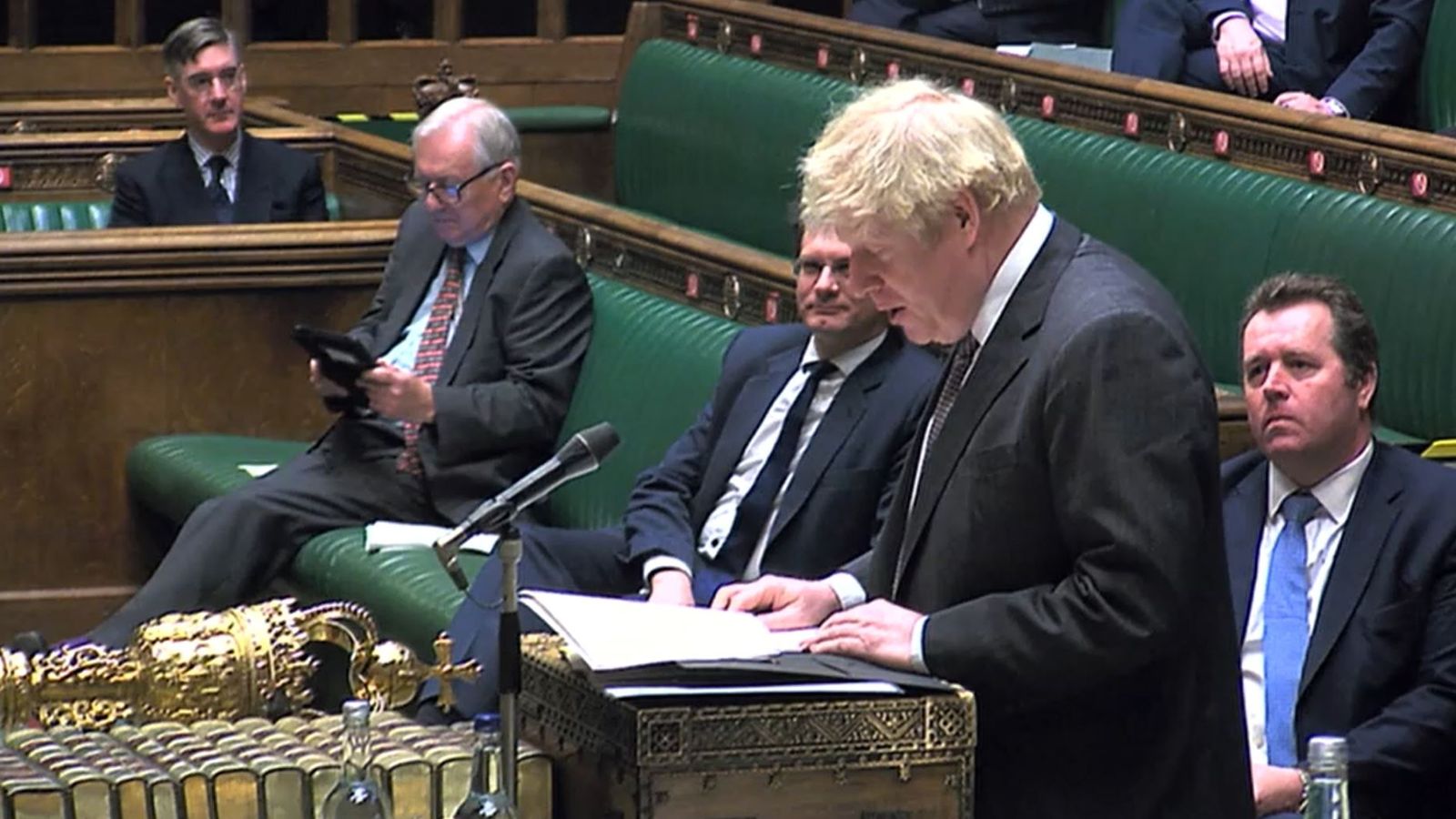 Boris Johnson has hailed the “astonishing speed” with which the UK-EU trade deal was agreed and says the agreement “demonstrates how Britain can be at once European and sovereign”.

It comes as MPs debate the deal ahead of a vote which could see the agreement ratified by parliament by the end of the day.

If approved, the trade deal, which was agreed between the UK and EU on Christmas Eve, will come into force on 1 January following the end of the Brexit transition period on 31 December.

The prime minister told the Commons: “It took nearly eight years for the Uruguay round of world trade talks to produce a deal, and five years for the EU to reach a trade agreement with Canada, and six for Japan.

“We have done this in less than a year, in the teeth of a pandemic, and we have pressed ahead with this task, resisting all calls for delay, precisely because creating certainty about our future provides the best chance of beating COVID and bouncing back even more strongly next year.”

MPs were recalled to the House of Commons from their Christmas break to scrutinise the 1,246-page agreement in a single day.

Mr Johnson is expected to see the deal pass through with few problems after Labour said they would vote in favour of the agreement.

A group of influential Conservative Brexiteers – the European Research Group – has declared its support for the deal and said it “preserves the UK’s sovereignty as a matter of law”.

However, fishing industry leaders have said they feel “betrayed” by the deal, claiming many businesses would be worse off.

Government running out of prison places and has to ask police for 400 cells
Money Matters: A PR Director On 47k Wants A Bigger House To Support Growing Family
After ‘The Bachelor’ & ‘The Midnight Club’, Elan Gale Scares Up New Twists In Hulu Dating Series ‘Back In The Groove’
‘May the Force be with you’: PM ‘sad’ as Javid to step down at next general election
Taylor Swift Fans Sue Ticketmaster Over Eras Tour Ticketing Fiasco