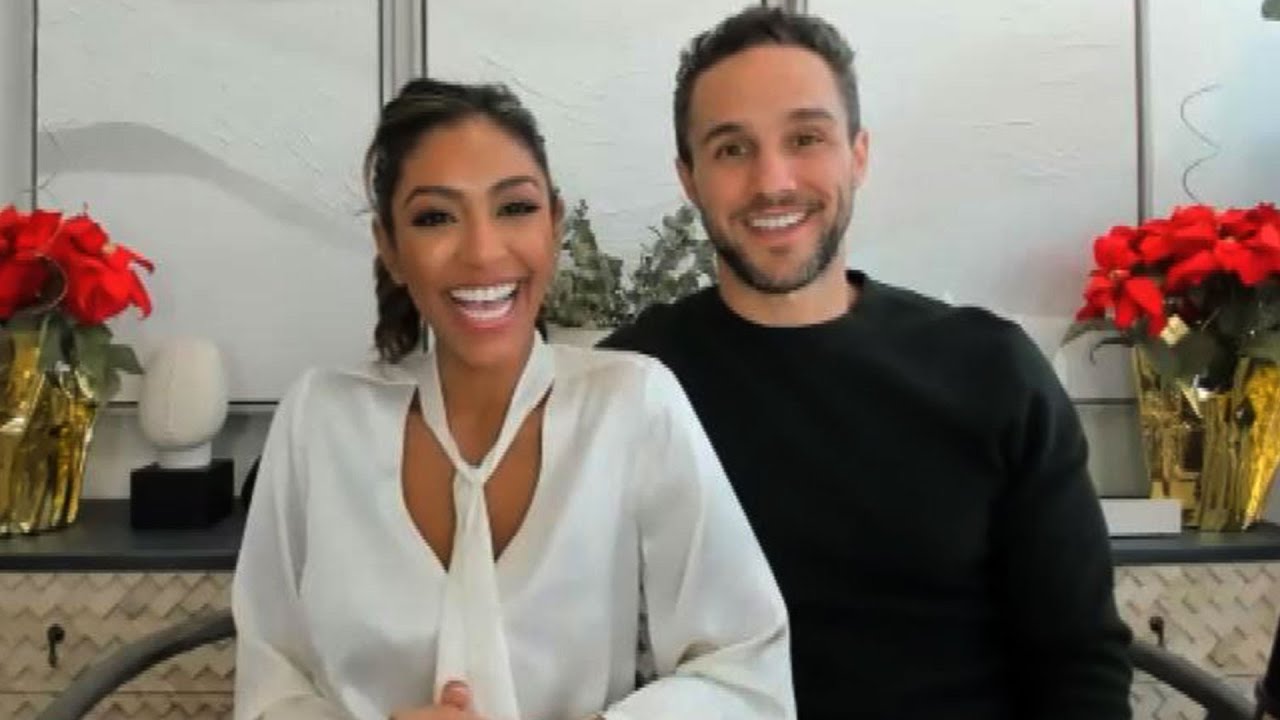 Tayshia Adams and Zac Clark chat with ET’s Lauren Zima about getting engaged on the season finale of ‘The Bachelorette.’ Tayshia says her connection with Zac was ‘undeniable,’ and that her dad ‘adores’ her new fiancé. Zac reveals why he used to think he would never get married, and what it was like to see Tayshia ‘in crisis’ when she accidentally revealed her engagement ring on Instagram! Plus, Tayshia sheds more light on why she sent Ivan Hall home, and Bachelor Nation’s newest couple gives some words of wisdom to Matt James ahead of his season of ‘The Bachelor,’ premiering Jan. 4 on ABC.
Pop Culture
Share on Facebook
Share on Twitter
Share on Pinterest
Share on LinkedIn