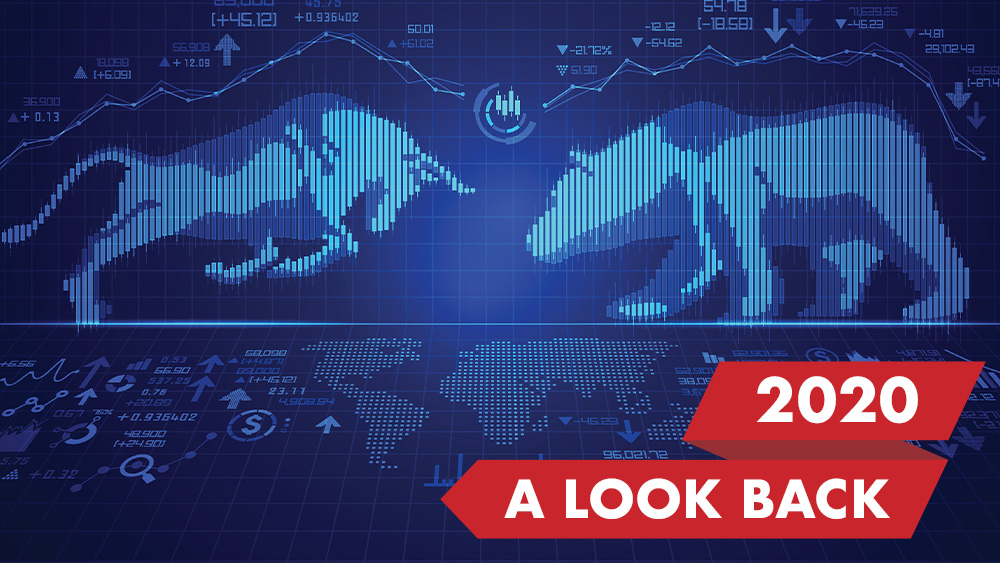 A word for stocks in 2020: epic — as in monumental, as a bona fide crash in the spring alternated thereafter with convulsions of angst and optimism reflecting a world turned upside down by the first global pandemic in a century.

Major indexes from the Dow Jones to the Nasdaq, S&P 500 and Russell 3000 ended the year at or near highs, as did some media and most tech stocks — a remarkable recovery from a March trough that saw several of the DJIA’s worst point drops ever. Investors rode 2020 on businesses that could grow even when economic activity stopped flat. They poured into newly dubbed “stay-at-home stocks” such as Amazon, Netflix, Peloton and Zoom, dumping movie theaters, theme parks, airlines and cruise lines. As the nation enters a vaccinated and hopefully happier 2021, media investors are pondering both the secular shifts and structural changes that might constitute a new normal in entertainment.

Key Wall Street and industry themes for the year start with direct-to-consumer, which kept Netflix buoyant and Disney triumphant despite crippled theme parks and empty cinemas. Peacock and HBO Max were on the move. ViacomCBS, which ended its first full year as a merged company, will debut the rebranded Paramount+ early in 2021, and Discovery+ is coming January 4.

Corporate finance was key as companies raised cash like mad for a cushion early in the crisis, which has been much tougher to navigate for companies with already high debt. Furloughs and layoffs were ubiquitous. Media giants from Comcast’s NBCUniversal to WarnerMedia and the Walt Disney Company dramatically restructured, slimmed down and streamlined entertainment divisions to coax streaming growth. Studios saved big as production stopped, but once restarted, it has become a lot more expensive.

As 2020 trading officially ended Thursday, Deadline crunched the numbers for some three dozen stocks. Some are pure media or entertainment, others have significant holdings in telecom, hardware or digital businesses. In a group that keeps expanding, a handful of charts offer an overview of the sector. Remember, when considering full-year performance, that almost all stocks plunged in the March Coronavirus Crash and have had to fight their way up out of a deep hole through choppy sessions of stimulus/no stimulus, no vaccine/vaccine.

Shuttered cinemas flopped. Theaters were closed for much of the year or operating with reduced capacity, limited product, high costs and shifting windows. Those windows started shattering for real with Universal and Trolls World Tour early in the pandemic and ended with WarnerMedia dramatically rethinking plans for its entire 2021 slate.

There was a bit of buzz, quickly fizzled, that an end to the Paramount Decrees might spark takeovers of movie chains by big studios or streamers. As AMC Entertainment teeters on the brink of bankruptcy, it’s likely that the sector will see some M&A and that screen counts will dip. But Wall Street is pretty confident that theatergoing will resume in force once people feel safe about it. Imax weathered the downturn the best of the group as its large-format screens held up and are likely to continue grabbing share of ticket sales in 2021.

Outliers also made waves. Fubo had an IPO in October, and shares of the sports-centric streaming service soared on subscriber growth and speculation it was considering streaming some sports events exclusively. It headed back to Earth recently, including a plop on New Year’s Eve, but still ended way up for the year as a battle rages around it with vying analyst buy and sell ratings.

Snap’s gain outpaced bigger brethren in social media on a surge of engagement by its young demo. Twitter, Facebook and YouTube/Google parent Alphabet were up, but less. They continue to dominate the growing digital advertising pie and can hope a Biden administration won’t keep hauling their CEOs in for hearings about censorship. But there does seem to be bipartisan agreement behind a series of antitrust lawsuits by states’ attorneys general and the FTC that these giant companies quash competition and compromise user privacy. That will play out next year.

Amazon was pretty spectacular for obvious reasons. So was Apple, which has been a kind of bellwether, about the first company to warn about supply chain disruptions in China way back in February and the first to close its retail stores in China. That feels like an eon ago, back in the good old days when impeachment hearings were winding down in Congress and Harvey Weinstein was on trial in New York.

Roku has grown into a real kingmaker, rapidly expanding its user base and content library as more media companies launch direct-to-consumer streaming services. And those fish are so relaxing.

Netflix, the honorary “N” in the FAANG group (with Facebook, Apple, Amazon and Google), bridges tech and entertainment. Its users soared in the first half, it pushed through a price hike and it continues to lead the field as the service to beat while it churns out fresh content to global audiences.

Unprecedented demand for Sony’s PlayStation 5 as gaming boomed during Covid boosted the stock of the Japanese giant, which is trades on the New York Stock Exchange.

Lionsgate ended a hair up for the year. Incredibly, so did Live Nation, even after live events vanished.

It’s hard not to on about Disney, which exits the year with a new CEO, revamped management structure and, just two weeks ago, blew investors away with Disney+ subscriber projections and well over 100 new TV series and films in the works, many exclusive to the service. It’s still reaping benefits from the IP of a stream of acquisitions over the last two decades that proved incredibly prescient. The shares started the year hit a 52-week low of $79 in the spring slump but ended at $181 with no real contribution from parks, traditionally a third of the company’s revenue. Disneyland, which shut in March, never opened.

See you there in 2020 or at the movies. (Investors seem to be shrugging off this new, really infectious strain of Covid. For now.)

Sunak survives first 100 days, but there is little warm glow around leadership | Beth Rigby
Why a British star’s Oscar nomination has sparked a storm of controversy
Marilyn Manson Sued for 1990s Sexual Battery of a Minor
The Sims adds top surgery scars and binders to character choices
Coquette Nails Are Taking Off On TikTok