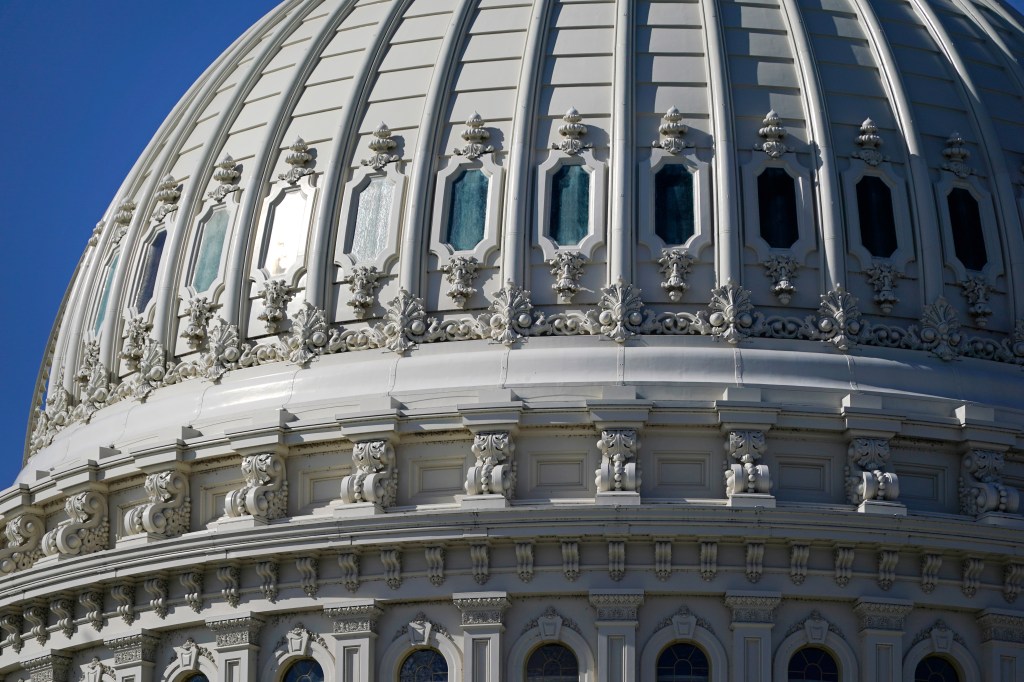 Following the House’s Monday vote, the Upper Chamber voted 81-13 to override the veto, with far more than the two-thirds majority needed to do so. Read details of the legislation and its potential impact below.

PREVIOUSLY, December 23: Donald Trump followed through on a threat to veto a major $740 billion defense bill, in part because it does not repeal a key law that shields social media platforms from liability for the way that they moderate third-party content.

Trump’s rejection of the law had been anticipated, as Congress is planning to return next week to take a possible vote to override the veto. House Speaker Nancy Pelosi said that they would meet on Monday to vote on the override.

But his veto was indicative of the year-end chaos that has gripped Washington as the president faces his final 27 days in office. On Tuesday, Trump released a video statement in which he railed against a separate legislative measure, a massive $2.3 trillion Covid-19 relief bill and government spending package. He did not explicitly say that he would veto that bill, but called on lawmakers to increase its direct payments to Americans to $2,000 per person, from the $600 per person that was passed.

In a statement released by the White House, Trump blasted the defense bill because it failed to “make any meaningful changes” to Section 230 of the Communications Decency Act “despite bipartisan calls for repealing that provision.”

“Section 230 facilitates the spread of foreign disinformation online, which is a serious threat to out national security and election integrity,” Trump said in the statement. “It must be repealed.”

That has largely been the argument of Democrats who want to see major changes to Section 230, which was put in place in 1996, when the internet was in its infancy. Tech platforms say that it has allowed for innovation and rapid growth, as companies otherwise would face a crippling amount of litigation over the third party content that is posted to their sites.  The likes of Facebook, Twitter and YouTube are often criticized for leaving certain third-party content up or taking other types of content down, but Section 230 keeps the platforms from getting sued for their decisions.

Trump has in the past claimed that social media platforms are biased against conservative viewpoints, and has called for repealing or modifying Section 230 as a way to remove legal protections for the way that the likes of Facebook and Twitter moderate third party content. After Twitter started placing fact checks on some of the president’s tweets last spring, he issued an executive order targeting Section 230, initiating an effort to change it through the executive branch and the FCC.

But that now appears unlikely. On Wednesday, FCC Chairman Ajit Pai released the tentative agenda for its January meeting and it includes no vote on the provision. Pai is departing the FCC on Jan. 20, after which the commission will be deadlocked 2-2 among Democrats and Republicans. Joe Biden will be able to nominate a fifth commissioner to give Democrats a majority, but it is unclear how quickly that will happen.

Trump also objected to the defense bill because it would require the renaming of certain military bases, including those named for Confederate generals. “Over the course of United States history, these locations have taken on significance to the American story and those who have helped write it that far transcends their namesakes,” Trump said.

In a statement, Pelosi said, “In a time when our country was just targeted with a massive cyberattack, it is particularly hard to understand the reasoning behind the President’s irresponsibility. Disturbingly, Trump is using his final hours in office to sow chaos, including by denying our service members a long-overdue pay raise and hazard duty pay; our families paid family leave, child care, housing and health protections; and our veterans the benefits that they need and deserve.”

Trump left the White House on Wednesday afternoon to spend the holiday at Mar-a-Lago in Palm Beach, where he is expected to stay until after the New Year.

What’s Next for DC Studios: The Good, the Bad, and the Bizarre
Stephen King’s ‘The Boogeyman’ Comes Out Of Its Closet With First Trailer And Poster
Samsung launches new Galaxy S23 smartphone lineup with improved camera, gaming capabilities
Here’s How Moms For Liberty Is Lying About Books
Duval Timothy Shares New Video for “First Rain”: Watch