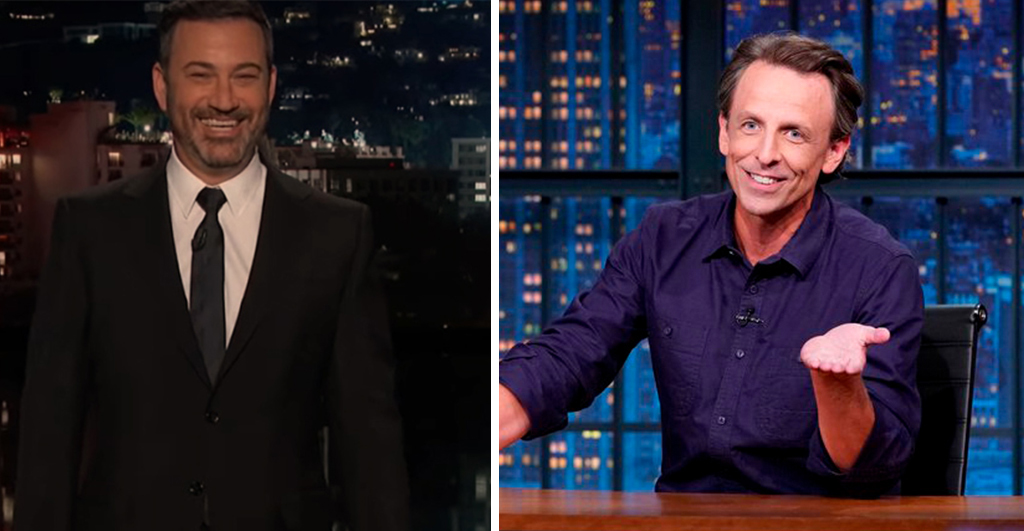 “Virtually the entirety of the Republican party started off the year by making it clear that they’re actively trying to destroy democracy,” the Late Night with Seth Meyers host said.

On Sunday The Washington Post released taped audio of a call between Trump and multiple Georgia officials, in which the president asks the state representatives to “find 11,780 votes” to overturn Biden’s win in the Peach state. While the audio hears Trump questioning the legitimacy of the Georgia results, he’s not the only GOP figure calling a false election.

During his “A Closer Look” segment, Meyers called out senators Ted Cruz and Josh Hawley for their efforts to delegitimize Biden’s presidential win, noting that they too are part of the Republican party’s “active goal” to dismantle democracy.

“They’re not standing up for election integrity or trying to restore faith in our democracy, they’re petty henchmen with a hair-brained scheme to steal an election hatched by a deranged wanna be tyrant who talks like a mafia boss with a head injury,” Meyers said.

While Meyers expressed disappointment and cynicism with the released phone call, Jimmy Kimmel said he took the time to soak it all in.

“I listened it to it twice,” he said during his opening monologue on Monday. “I listened to the whole thing like it was a surprise Taylor Swift album”

Kimmel noted that given Trump’s supposed desperation, the president “tried everything,” from bragging to challenging to threatening.

“If you haven’t listened to it, listen to it, it’s pathetic,” Kimmel said.

“Hey Brad its me/ The eighteenth time/ I’m wondering if you would do a little crime/ Recalculate/ If you don’t mind /Just 11,780 votes you need to find,” the joke song goes.

On #LSSC tonight: The perfect @StevieWonder song for the president calling Georgia officials 18 times to try and overturn the election. pic.twitter.com/2dnojxySS7

Angie Thomas’s ON THE COME UP Teaser Trailer Is Here
Snoop Dogg on the current crypto winter and future of NFTs: ‘Every great industry has a downfall’
Amazon plans two Prime shopping events this year, with second one in Q4
Travis Barker’s daughter shares message following drummer’s admission to hospital
World UFO Day 2022: What Are UFOs and How Did the Theories Around Them Originate