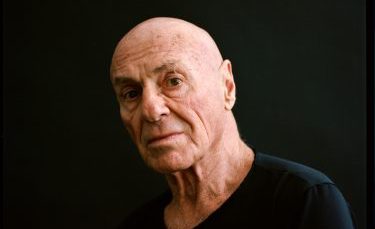 Lee Breuer, a cofounder of New York’s groundbreaking experimental theater company Mabou Mines and writer of Broadway’s Pulitzer Prize finalist The Gospel at Colonus, died Sunday at his home in New York. He was 83.

His death was announced by Mabou Mines. A cause was not specified, but the company noted that Breuer died peacefully at home surrounded by loved ones.

A seminal figure in American avant-garde theater, Breuer, along with composer Philip Glass, director JoAnne Akalaitis, and actors Ruth Maleczech and David Warrilow, cofounded Mabou Mines in 1970. The theater company, named after the town in Nova Scotia where Glass and Akalaitis had a home, would become a force in New York’s downtown experimental arts scene that continues to this day.

The company’s best-known work, The Gospel at Colonus, was a gospel music adaptation of Sophocles’s tragedy Oedipus at Colonus set in a Black Pentecostal church. The musical debuted at the Brooklyn Academy of Music in 1983, aired on PBS’ Great Performances in 1985 and debuted on Broadway in 1988.

With a Tony-nominated book and lyrics by Breuer and music by Bob Telson, The Gospel at Colonus starred Morgan Freeman and the Blind Boys of Alabama, and was a 1985 finalist for the Pulitzer Prize for Drama. The musical has been staged numerous times in regional theaters over the decades.

Since its inception, Mabou Mines has devoted itself primarily to what it has called radical reinterpretations of classic works such as Peter and Wendy, (based on the Peter Pan characters by J.M. Barrie) Mabou Mines DollHouse (based on Ibsen’s A Doll’s House) and In the Jungle of Cities (an adaptation of the work by Brecht).

Among its numerous Obie Awards was a 1986 Obie for Sustained Excellence for theatrical contributions to the Off Broadway community. Breuer himself won four Obies and directed more than a dozen Obie-winning performances. His other honors include the Chevalier de l’Ordre des Arts et des Lettres (French Ministry of Culture), and the Helen Hayes Award.