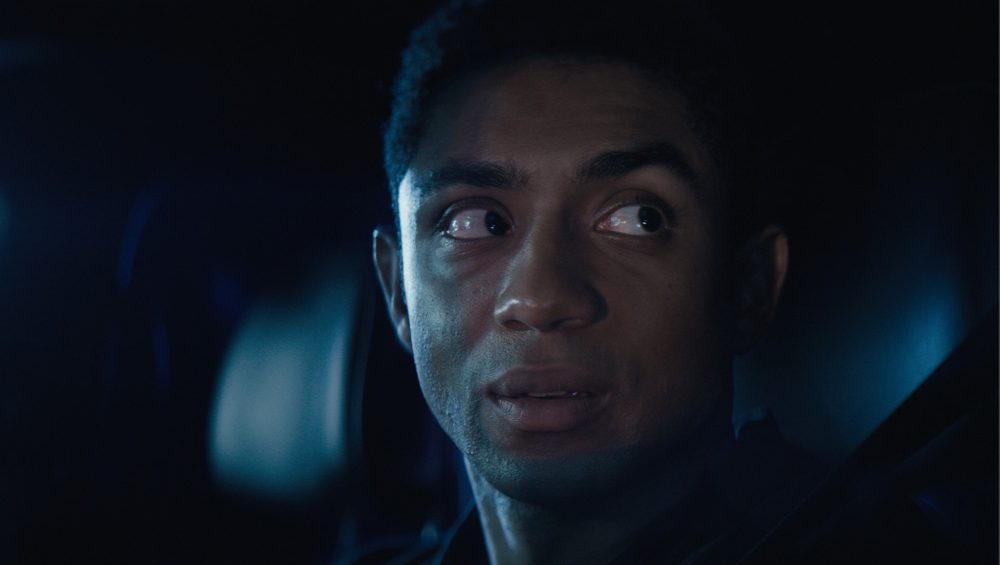 Wolfe Releasing has picked up the North American distribution rights to The Obituary of Tunde Johnson, the drama that premiered at the 2019 Toronto International Film Festival and will get a theatrical and digital release on February 26. Ali LeRoi directed the film from a screenplay by Stanley Kalu.

13 Reasons Why actor Steven Silver stars as the title character, a wealthy, Nigerian-American teenager who is pulled over by police, shot to death, and immediately awakens, trapped in a terrifying time loop that forces him to confront difficult truths about his life and himself. The film tackled a number of issues prevalent in American society including racism, police brutality, LGBTQ acceptance, mental health, and addiction. Spencer Neville (Ozark) and Nicola Peltz (Transformers: Age of Extinction) also star.

“I’m proud to be partnering with Wolfe to bring this film to audiences,” said LeRoi. “Tunde Johnson speaks to this moment in our society as issues of intersectionality force a reckoning about violence against black bodies, expressions of love, and the quest to live a full life as a whole person without constantly being under duress, if not under fire.”

Added Kalu, “I’m extremely excited to be partnering with Wolfe Releasing and for audiences to experience and, in turn, further understand the systemic violence (both from a socio-political and emotional lens) occurring against anyone that occupies the space of intersectional otherness within America.”

The pic was produced by Zachary Green, Jason Shuman, Chuck Bond, and Marni Bond. Kathy Wolfe and Evan Schwartz from Wolfe Releasing negotiated the rights deal with Green on behalf of the filmmakers.

“On behalf of the producers, our incredible cast and tireless crew, we couldn’t be more thrilled to have Wolfe Releasing as our passionate partner in bringing this impactful film to the North American audiences,” said Green. “It is past due for a film of this nature, confronting the social issues affecting society today, to empower BIPOC voices.”

“The artful and sensitive portrayal of a modern American teenager in The Obituary of Tunde Johnson is unlike anything we have seen before,” commented Wolfe. “There has been a long overdue demand for content that amplifies the current state of our society and the changes needed. I could not be more excited to share Stanley and Ali’s story with general audiences that are craving original and diverse content.”