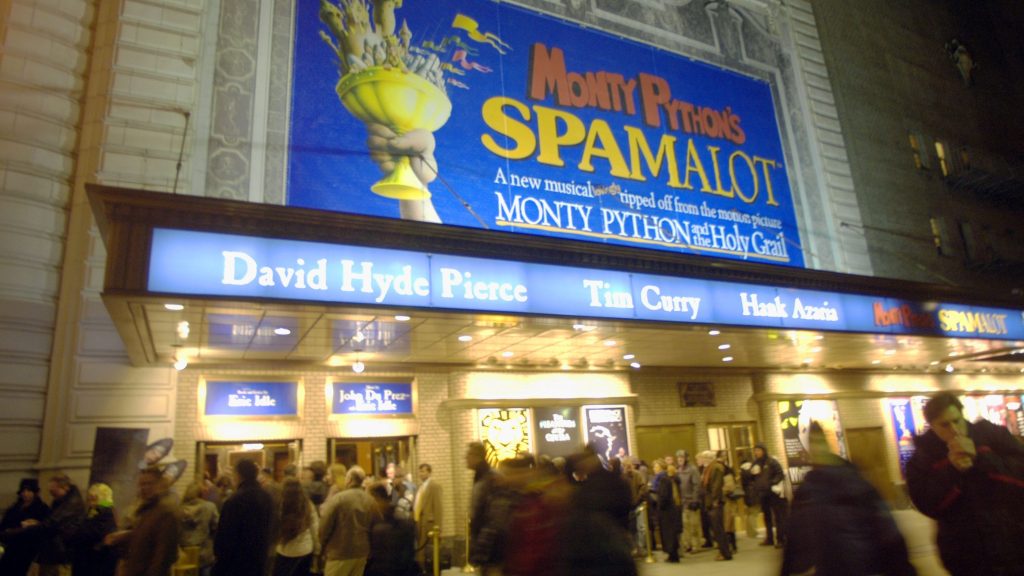 EXCLUSIVE: Paramount Pictures has acquired Spamalot, and the studio will be the one to mount a movie production based on the hit Broadway musical.

The project comes to Paramount from Fox, where both chairman/CEO Jim Gianopulos and Motion Pictures Group president Emma Watts were when it landed there. The film lost steam when Disney acquired Fox. The good news is the picture is fully developed, with a screenplay by Monty Python troupe member Eric Idle, with songs by Idle and John DuPrez. The director is Casey Nicholaw, who was the choreographer of the original Broadway production. He has worked on this project awhile, and in the interim has become the hottest director and choreographer on Broadway. His credits include Book of Mormon, Aladdin, Mean Girls, The Prom, The Drowsy Chaperone and Something Rotten!

The film will be produced by Dan Jinks (American Beauty and Big Fish) and Idle. Jon Gonda, Meg Lewis and Mike Ireland are the execs on the project for Paramount. The plan is to move right to casting and get underway this year.

The comedy is an adaptation of the 1975 film Monty Python and the Holy Grail, which despite grossing just $1.9 million is considered a seminal comic film. The Broadway transfer was a huge hit, winning the Tony for Best Musical and one for its director, the late Mike Nichols. Nicholaw choreographed the original musical, which went on to do strong business on stages around the world.

Like the movie, the musical tackles the legend of King Arthur, with full tongue in cheek from the movie, and features many indelible moments from the Python film directed by Python members Terry Gilliam and Terry Jones, including The Knights Of Ni; the sickly Not Dead Fred, who refuses a ride in the cart reserved for deceased plague victims; the Black Knight whose arms and legs are cut off by King Arthur (‘it’s just a flesh wound”); the Killer Rabbit; and the Holy Hand Grenade unleashed to thwart the murderous bunny.