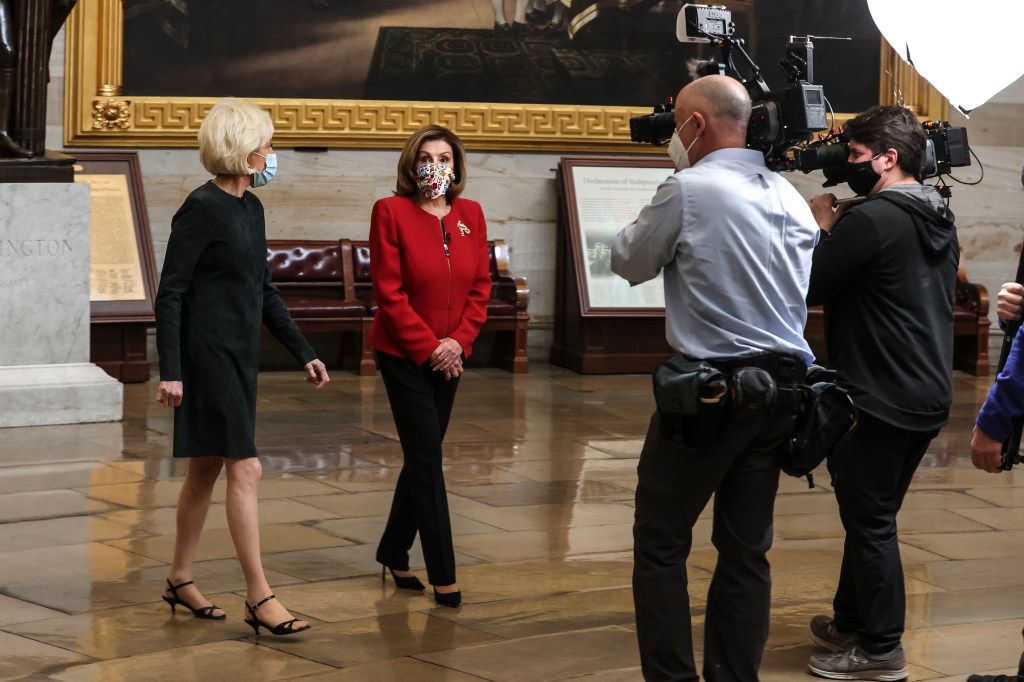 As calls grow for Donald Trump removal from office with just 12 days left in his term, House Speaker Nancy Pelosi said that she spoke to Joint Chiefs of Staff Chairman Mark Milley about precautions that could be taken to prevent the president from accessing nuclear codes.

“This morning, I spoke to the Chairman of the Joint Chiefs of Staff Mark Milley to discuss available precautions for preventing an unstable president from initiating military hostilities or accessing the launch codes and ordering a nuclear strike,” Pelosi wrote in a memo to House members on Friday. “The situation of this unhinged President could not be more dangerous, and we must do everything that we can to protect the American people from his unbalanced assault on our country and our democracy.”

She did not elaborate, but CNN reported that Pelosi told the House Democratic Caucus that she was assured that safeguards were in place.

Pelosi was scheduled to discuss next steps with House members, including potential new articles of impeachment against Trump. If they were to pass the House, Trump would be the first president to be impeached twice.

In her letter, Pelosi said, “If the President does not leave office imminently and willingly, the Congress will proceed with our action.”

Meanwhile, federal authorities are opening a murder investigation into the death of a Capitol Hill police officer, Brian Sicknick, who was responding to the siege of the Capitol by Donald Trump’s supporters on Wednesday, CNN reported. Sicknick died after he was “physically engaging with protesters,” the Capitol Police said. Four other people died, including three who had medical emergencies and one woman who was shot by a plainclothes officer.

“The FBI and Metropolitan Police Department will jointly investigate the case and the Department of Justice will spare no resources in investigating and holding accountable those responsible,” said Acting Attorney General Jeffrey Rosen.

Pelosi was seen at the Capitol on Friday doing an interview with Lesley Stahl of 60 Minutes.

Metallica React to Stranger Things’ “Master of Puppets” Scene: “We Were Totally Blown Away”
World UFO Day 2022: What Are UFOs and How Did the Theories Around Them Originate
‘Minions: The Rise Of Gru’ Grows Offshore Cume To $22.5M In Two Days Of Expanded International Rollout
Walmart is working on a response to the Supreme Court’s abortion decision, CEO says in memo
Independence Day Weekend Binge Bonanza: Four Series For The 4th + Canada Day