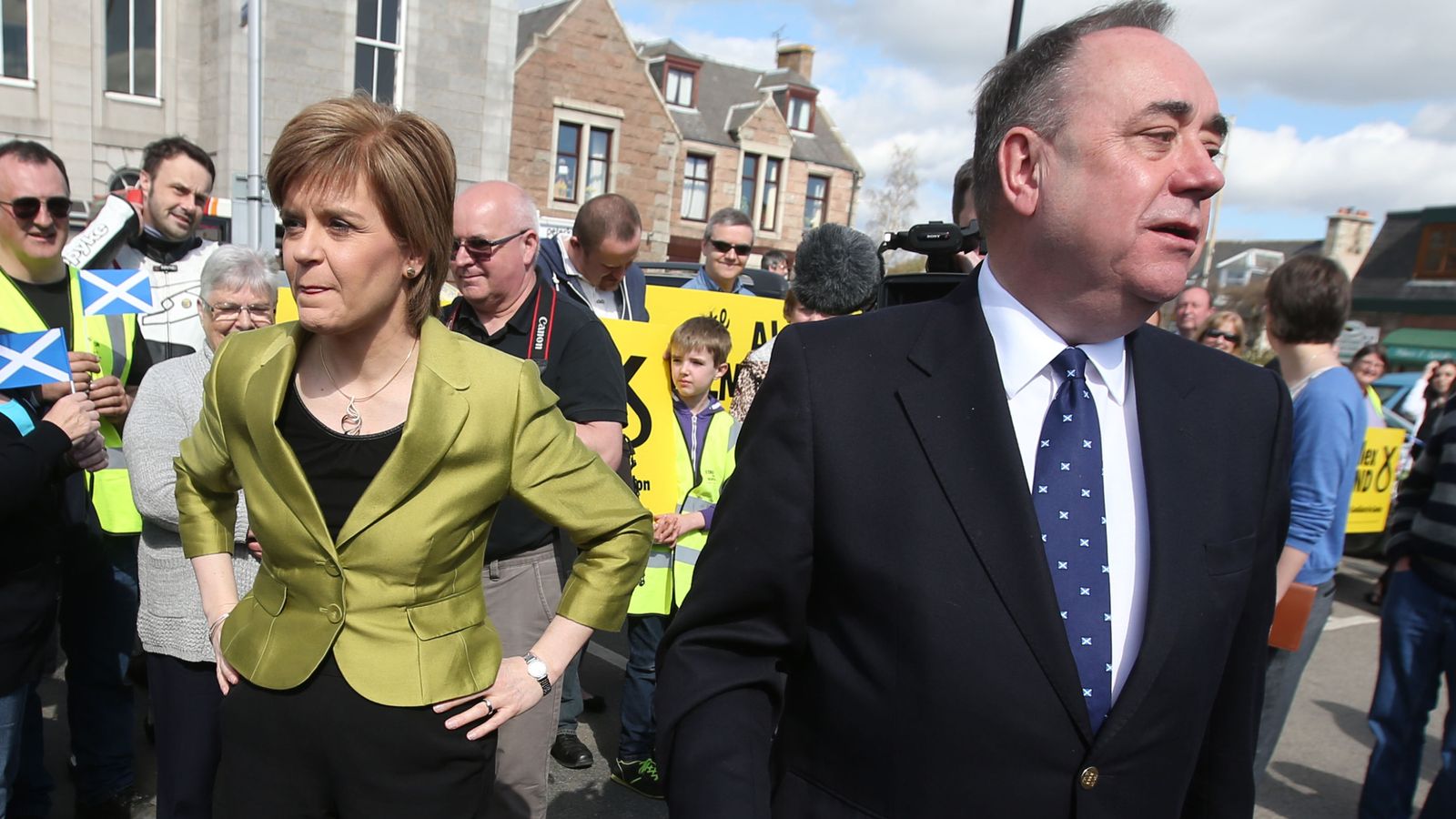 Scotland’s First Minister Nicola Sturgeon has been accused by her predecessor Alex Salmond of submitting evidence to a parliamentary inquiry that is “simply untrue”.

A spokesperson for the first minister has said she “entirely rejects” the claims and accused Mr Salmond of “spinning false conspiracy theories”.

Mr Salmond claims she attended a meeting at which an official investigation into harassment claims against him were discussed, four days before she told parliament she knew about it.

Mr Salmond’s claims are contained in a written submission, seen by The Times in Scotland, to a parliamentary inquiry into the Scottish government’s handling of harassment claims against him.

It has also been passed to an independent panel investigating whether or not Ms Sturgeon has breached the ministerial code.

If that is found to be the case, it would threaten her political future.

The issue centres on when Ms Sturgeon found out the Scottish government was investigating harassment claims against Mr Salmond and whether the account she gave to the Scottish Parliament is correct.

Sky News revealed last July that the investigation into claims made by two female civil servants was discussed at a meeting in Ms Sturgeon’s Holyrood office on 29 March 2018.

It was attended by the first minister, a senior government official and Alex Salmond’s former chief of staff Geoff Aberdein.

However, Ms Sturgeon told the Scottish parliament that she only came to know of the official investigation into Mr Salmond four days later on 2 April, when she met him at her home.

In her written submission to the ongoing harassment inquiry, Ms Sturgeon says she had “forgotten” the 29 March meeting took place.

“From what I recall, the discussion covered the fact that Alex Salmond wanted to see me urgently about a serious matter, and I think it did cover the suggestion that the matter might relate to allegations of a sexual nature,” she stated.

However, she insists it was days after the March meeting that she learned of the government inquiry.

He wrote: “The pre-arranged meeting in the Scottish parliament of March 29 2018 was ‘forgotten’ about because acknowledging it would have rendered ridiculous the claim made by the first minister in parliament that it had been believed that the meeting on April 2 was on SNP party business and thus held at her private residence.

“In reality, all participants in that meeting were fully aware of what the meeting was about and why it had been arranged.

“The meeting took place with a shared understanding of the issues for discussion – the complaints made and the Scottish government procedure which had been launched. The first minister’s claim that it was ever thought to be about anything other than the complaints made against me is wholly false.”

According to the ministerial code, ministers must record meetings on government business and a minister knowingly misleading parliament “will be expected to offer their resignation”. 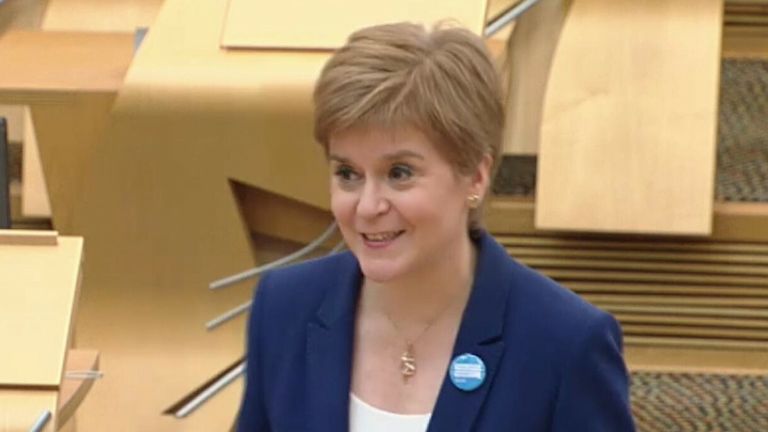 ‘I’ve got nothing to hide in all of this’

No records of the content of three meetings and two phone calls between Ms Sturgeon and Mr Salmond were kept.

Nicola Sturgeon has said she attended the 2 April meeting not as first minister but as SNP party leader.

She referred herself for investigation into whether or not she had breached the ministerial code, insisting she acted appropriately and complied with it at all times.

In January 2019, the Scottish government’s investigation into the harassment claims against Mr Salmond was ruled to be unfair and tainted by apparent bias. The botched inquiry cost the taxpayer £500,000.

According to The Times, Mr Salmond stated in his submission that at least two months before the court ruling, the Scottish government and Ms Sturgeon “knew of legal advice… that on the balance of probability they would lose the Judicial Review and be found to have acted unlawfully”. 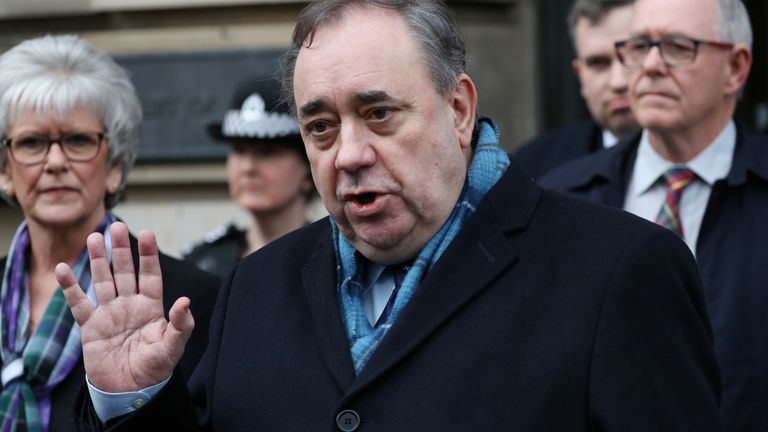 Alex Salmond: ‘God help us all’

A spokesperson for Ms Sturgeon said: “We should always remember that the roots of this issue lie in complaints made by women about Alex Salmond’s behaviour whilst he was first minister, aspects of which he has conceded.

“It is not surprising therefore that he continues to try to divert focus from that by seeking to malign the reputation of the first minister and by spinning false conspiracy theories.

“The first minister is concentrating on fighting the pandemic, stands by what she has said, and will address these matters in full when she appears at committee in the coming weeks.”

Mr Salmond has always strongly rejected all claims of harassment against him and was acquitted in a separate criminal trial last March of sexual assault charges against nine women.