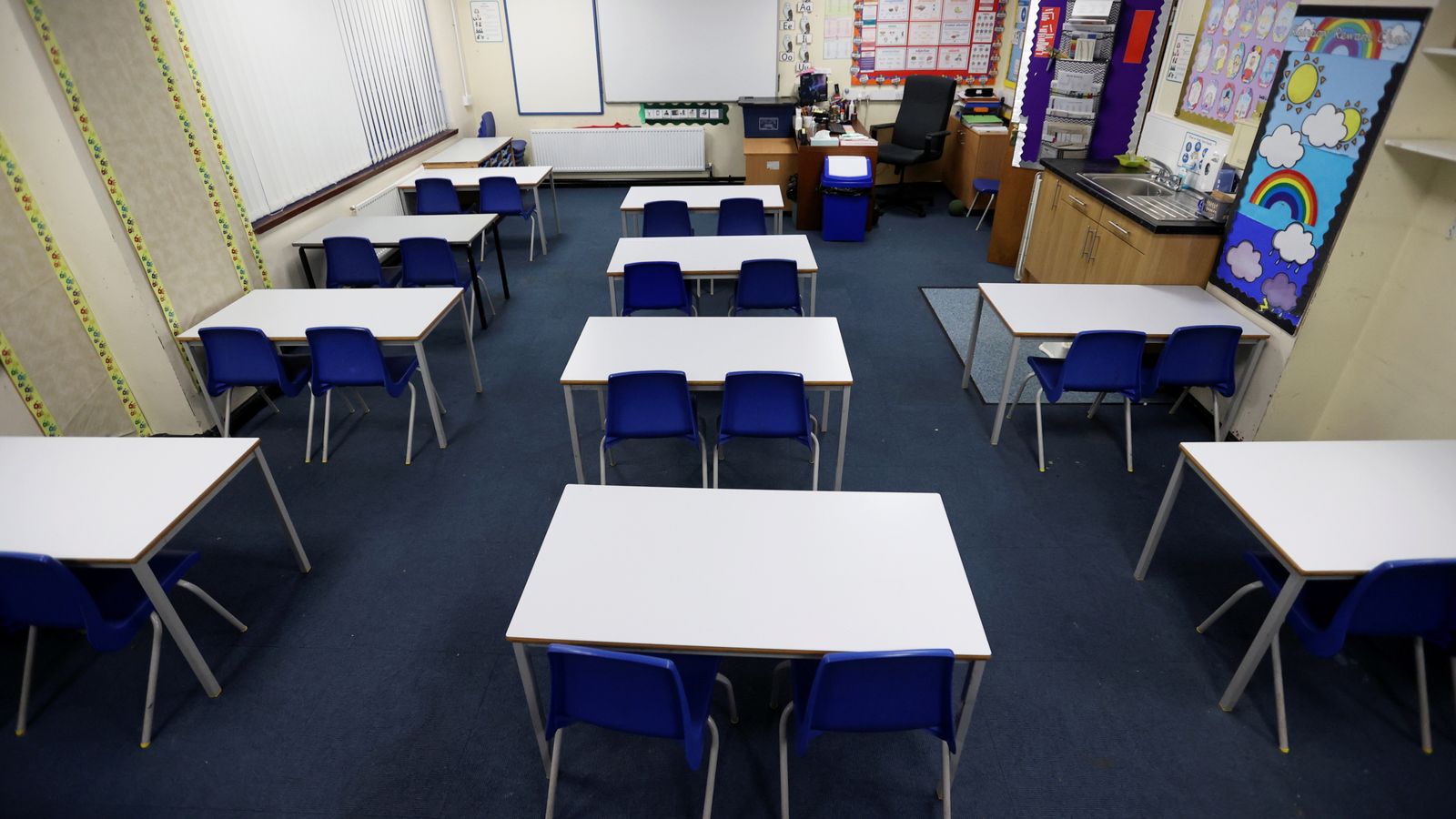 More than nine in 10 headteachers say they don’t have confidence in the Department for Education’s decision-making, after schools were closed and exams cancelled due to the pandemic.

Millions of children are being taught remotely and students will no longer sit their 2021 exams because of sharp rises in COVID-19 cases.

Now a survey of over 1,000 headteachers carried out by campaign group Worth Less?, and shared with Sophy Ridge on Sunday, shows these last-minute decisions have sharply eroded confidence in the government.

Jules White, headteacher at Tanbridge House secondary school in Horsham, and leader of the Worth Less? campaign, said: “Every headteacher has sympathy for the government in the pandemic, but the inconsistent messaging, U-turn after U-turn, has been very difficult to deal with.

“The goal posts seem to change every five minutes, we waste time, resources and energy, and most of all children and parents are not getting a consistent message either.”

He added: “Just before Christmas schools which were thinking about closing because of public health risks were threatened with legal action.

“Then over the Christmas myself and other headteachers really busted a gut to try and put in place mass testing plans, which were pretty flawed in the first place.

“Then, just before we go back, we have to move children to online learning. 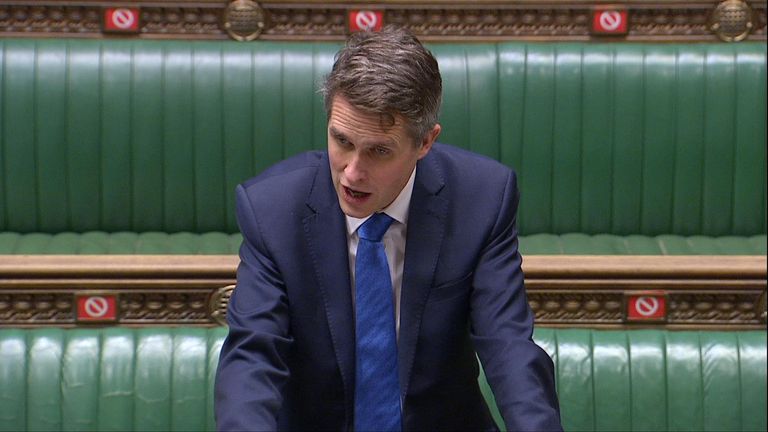 At the start of the month Boris Johnson assured the public there was no need to close schools, saying “there is no doubt in my mind that schools are safe”, before backpedaling and shutting them in a speech announcing the third national lockdown.

Another 62% of those polled said they thought teachers should be moved higher up the vaccination schedule to help schools reopen.

The government has previously said teachers wouldn’t be prioritised. Although, on Thursday Health Secretary Matt Hancock said told MPs teachers had a “good case” to be included in the next stage of prioritisation for vaccine deployment.

The government also announced this week that examinations would be scrapped in 2021 and replaced by teacher assessment.

The survey showed most teachers agreed with the decision – with 91% of heads saying it was right to cancel exams.

But an overwhelming majority also said the government should have announced full alternative plans at the same time.

An overwhelming 92% said: “Comprehensive contingency plans for alternative grading systems should already have been set out by the Department for Education.”

A spokesperson for the DfE told Sky News: “We know this is a challenging time for schools and pupils.

“That’s why we’re launching a consultation with Ofqual next week on the best options for alternatives to exams, to ensure every young person gets a fair grade for their work.

“Grades will be based on teacher assessment and support will be provided to ensure grades are awarded consistently and fairly.

“Every major public health decision we have taken has been guided by the best scientific and medical advice, and we are working to ensure the best possible outcome for schools and pupils.”

Catch the full report, including interviews with the head of Ofqual and Health Secretary Matt Hancock, on Sophy Ridge on Sunday from 8.30am today

Tory whip resigns over groping allegation after ‘drinking far too much’ on night out
The 50 Best Book Covers of 2021, As Chosen By Graphic Designers
Our Solar System Likely to Remain Stable for the Next 1,00,000 Years, Study Says
Maya Hawke says she “wouldn’t exist” if her mother Uma Thurman didn’t get abortion in her late teens
Usher Performs “Tiny Desk Concert” for NPR