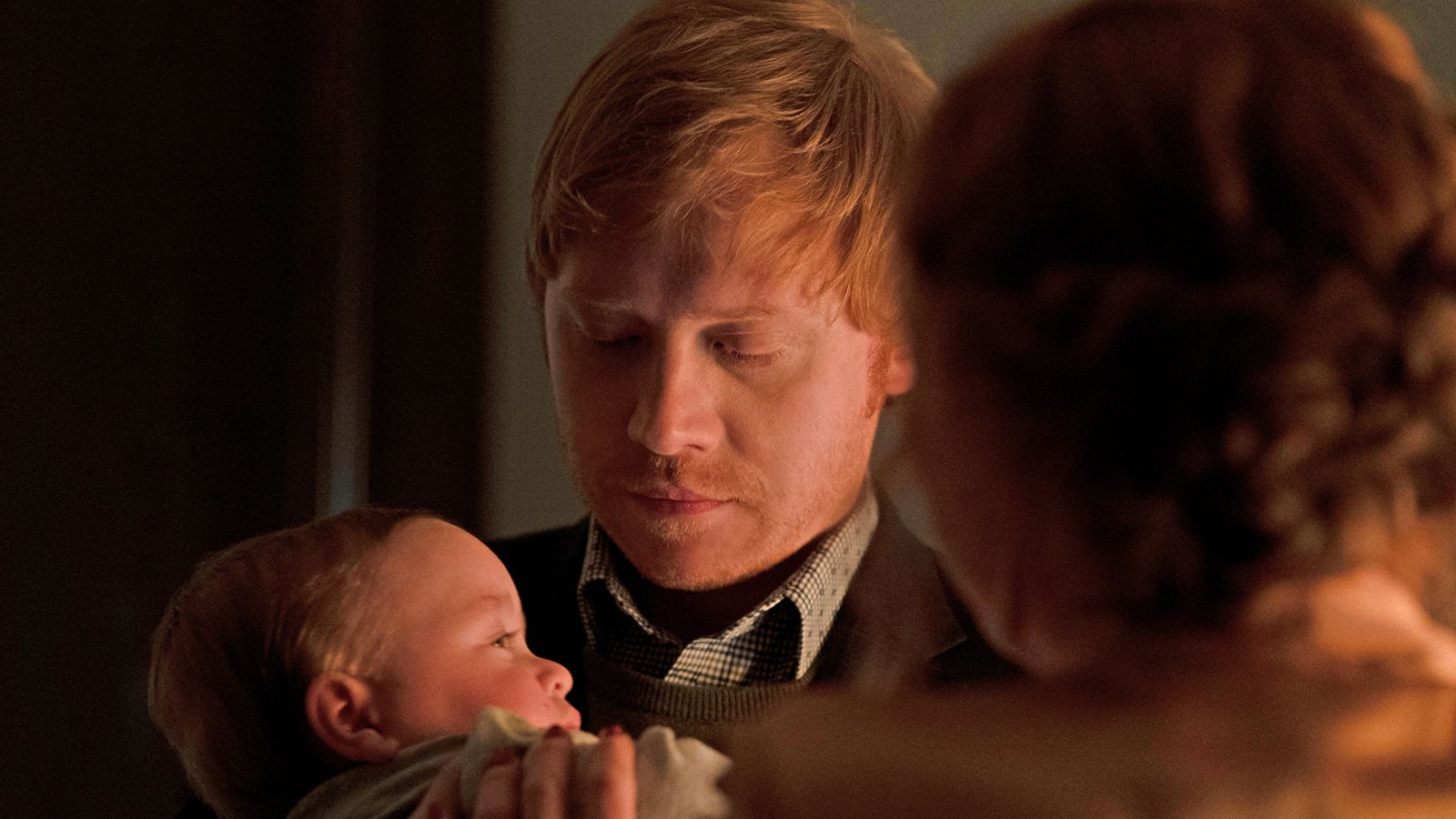 Rupert Grint says having his own child has given him a whole new perspective on starring in the psychological horror Servant.

In the M Night Shyamalan drama – which is returning for a second series – the Harry Potter star plays the brother of a woman who can only function after her baby tragically dies, when she gets a lifelike replacement doll.

Rather than seeing the doll as just a substitute, she actually believes the doll is her real child.

Grint says that becoming a father to his daughter Wednesday has made him see the story differently.

He told Sky News: “It really has, it’s probably the worst show to be a part of if you’ve just become a dad.

“It’s not a great advert for parenting I don’t think, but it actually kind of helped in a way… Because it’s a very unique kind of love, and it’s a very powerful love.

“Dorothy [Grint’s character’s sister] would do anything to get Jericho [the baby] back and it kind of really helped understanding that and getting into that kind of head.”

Grint announced Wednesday’s birth in his first ever Instagram post in November last year – joking in the caption that he was “10 years late” to the site.

But it really was a case of fashionably late as the actor broke a record held by Sir David Attenborough, reaching one-million Instagram followers in just four hours and one minute.

Grint says he never expected to get so much attention.

“Very surprised, it’s such a powerful tool, it’s just it’s amazing how it kind of gets around,” he said.

“And it’s amazing how the Harry Potter fans are still so active and even though it’s 10 years after, it’s still relevant to them.

While becoming a dad may have helped Grint relate to one of the characters in Servant, he says it’s made him want to stay away from one of the others.

He admits: “The doll, I don’t really like being near the doll. That’s kind of taken on a whole new life.”

Grint’s co-star Nell Tiger Free told Sky News the doll isn’t very popular on set with anyone: “Poor Scary Jerry – we call it scary Jerry – and it really gets a hard time.

“People talk a lot of t s**t about Scary Jerry, but it is fun to sort of mess with it, to chuck it at people when they’re not expecting it.”

Tiger Free plays Leanne, a nanny employed at the start of the first series by the grieving Dorothy to look after the doll.

It soon becomes clear she’s not the innocent teen she seemed when she was hired, and at the start of series two, both the nanny and a real baby are missing.

Tiger Free says it’s been tricky to shake off the character’s strange reputation.

She explains: “I went on a date a while ago, and he was like, ‘I’m so glad you’re normal’, I was like, ‘What do you mean?’ He was like ‘I was worried you were going to be really creepy in real life’.

“I get that a lot, people that I’ve just met, being like ‘I thought you were going to be really creepy and strange’.

Series two of Servant is showing on Apple TV + from Friday, 15 January.