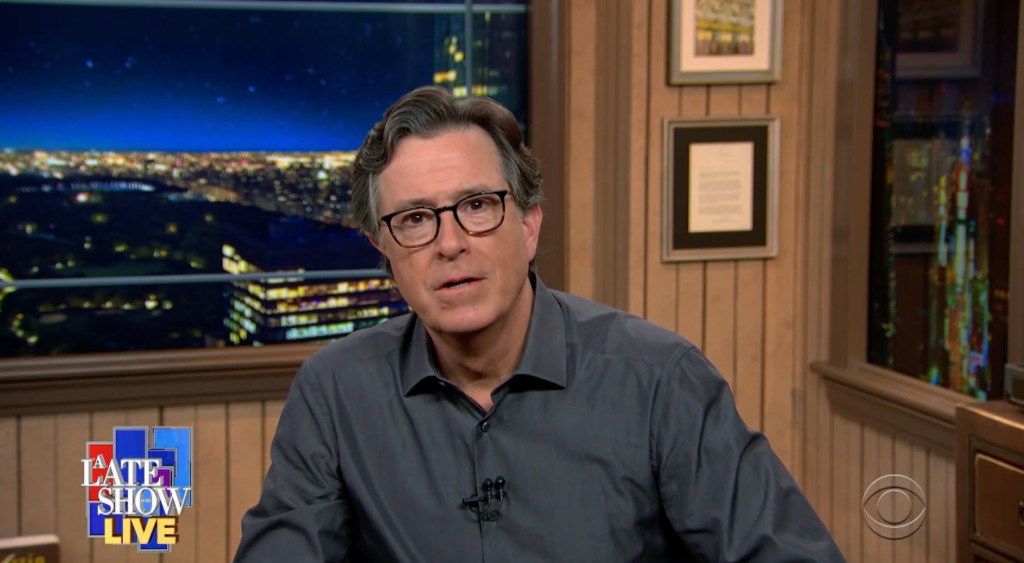 Stephen Colbert continued to criticize Republican lawmakers and politicians who have disagreed with efforts to impeach Donald Trump for inciting an insurrection. The Late Show host, who previously called the mob attacking the U.S. Capitol “homegrown terrorists,” questions GOP figures’ calls for unity and their willingness to practice what they preach.

“Republicans, what is your outreach to the other side? You don’t get to stay in the game if you don’t toss in a chip of good faith,” he said. “The other side is going to stop this from happening again because they’re trying to get rid of the guy who caused it. What are you willing to do to help, because so far you have done nothing.”

His comments come after a number of GOP names announced that pursuing impeachment against Trump would further divide the country. On Tuesday Mike Pence announced that he will not invoke the 25th Amendment to remove Trump from office – a move that didn’t make sense, Colbert said.

“So apparently it’s all water under the gallows now,” Colbert added, referring to the rioters’ calling to hang Mike Pence and their parading of a noose at the U.S. Capitol. “I cannot fathom this self-destructive loyalty, but I guess it’s worth it for the reward.”

While he said he’d like to see Trump handled accordingly for his role in the attempted insurrection, Colbert said he also hopes that both the rioters and the the politicians who defended or enabled them see consequences as well.

To Colbert, such figures like Josh Hawley and Ted Cruz, share responsibility for the dark day in American history.

“Your lies legitimized the fantasies of an anti democratic mob that nearly got you and your colleagues killed and did get a policeman murdered,” Colbert addressed GOP figures. “Now you wanna use your hollow calls for unity to sweep it all under the rug?”