The prime minister has acknowledged there are “teething problems” with trade between Britain and Northern Ireland in the wake of the Brexit transition period coming to an end.

There have been empty shelves on some supermarket shelves in Northern Ireland as retailers and businesses get to grips with the new rules on importing food products from Great Britain, as well as reports of lorries being delayed and refused entry at ports. 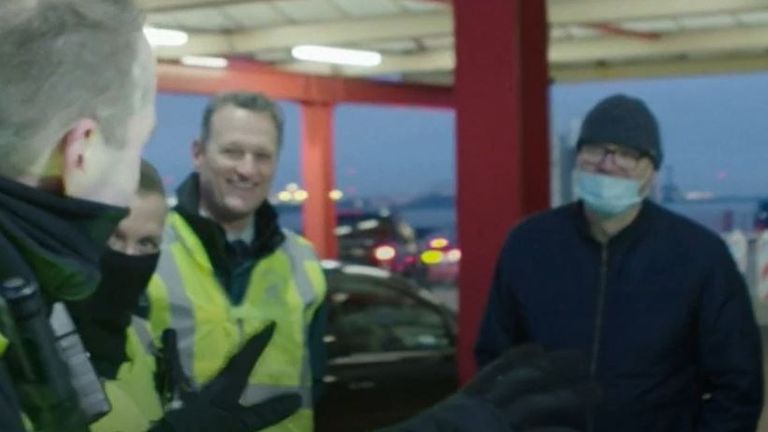 Asked about the situation during an appearance in front of the Liaison Committee of senior MPs, Boris Johnson said: “The situation in Northern Ireland is that trade is flowing smoothly, as I understand it.

“And exporters are benefiting from the unfettered access between Great Britain and Northern Ireland.

“Yes, I am not going to deny down that there are teething problems, and there are issues that we need to sort out… but the deal has been of great, great assistance to our businesses in smoothing this.”

He later added that the situation was “far better than some people had perhaps expected, things are much smoother” and any problems were “by and large small, soluble questions which one-by-one we are addressing”.

Any bureaucracy was “incredibly light touch, insofar as we have to do any checks at all” and “it is working well”,” the PM claimed.

Speaking at PMQs earlier, Mr Johnson said the UK government would have “no hesitation” in acting if the situation persisted, again referring to the issues as “teething problems”. 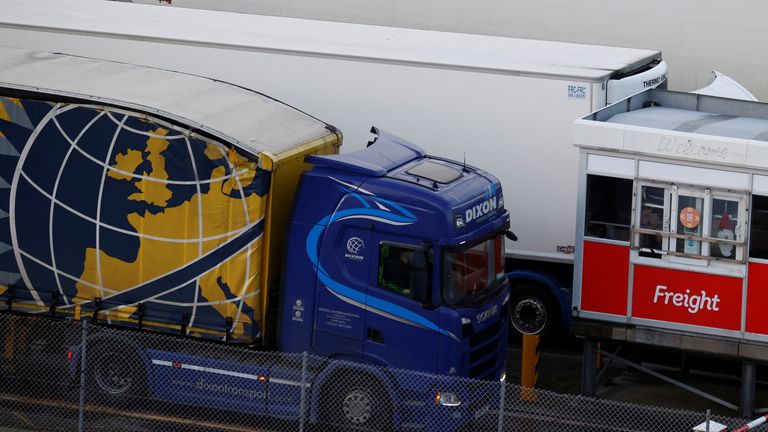 He told MPs in the Commons that ministers would step in to tackle the problems if they became “disproportionate”.

This allows either the UK or EU to “unilaterally take appropriate safeguard measures” if its application causes “serious economic, societal or environmental difficulties that are liable to persist”.

DUP MP Ian Paisley took issue with the PM’s characterisation of the issues as “teething problems”, telling the Commons that people in Northern Ireland had been “screwed over” by the protocol.

He said: “What did we do? What did we do to members on those benches over there to be screwed over by this protocol? 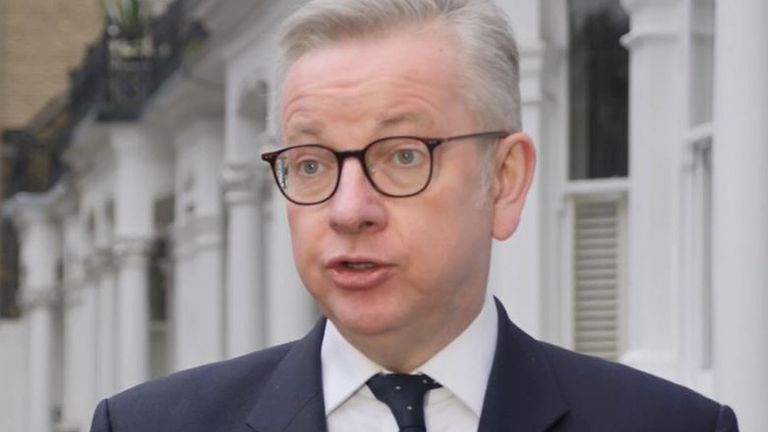 “Ask your hearts, every single one, what did we do? Because what has happened to this protocol – it has ruined trade in Northern Ireland and it is an insult to our intelligence to say it is a teething problem. Tell that to my constituents.”

Sir Jeffrey Donaldson, the party’s Westminster leader, said the supply issues seen in recent days had been “caused by the Northern Ireland Protocol”.

He expressed concerns that supermarkets will have to confront a “cliff edge” at the end of March unless there is an extension to a grace period that has seen EU certification rules relaxed.

Answering an urgent question in the Commons, Cabinet Office minister Michael Gove said the problems had been mostly “overcome”.

He pledged to work with the British Retail Consortium and other groups to “make sure that we have a sustainable approach for the end of the grace period at the end of March”. British Retail Consortium director Andrew Opie said the shortages of some items seen in Northern Ireland had largely been remedied.

But he warned there could be renewed difficulties if the grace period is not extended.

Asked about the grace period, Mr Johnson declined to guarantee that it would be renewed.

He added: “What I can certainly guarantee is that if there are serious problems in… supplying supermarkets in Northern Ireland because of some piece of bureaucracy that’s misapplied, then we will simply exercise Article 16 of the protocol.

“It is absurd that there should be such difficulties.”

Showtime to combine with Paramount+, rebrand with new name
FedEx is laying off 10% of its officers and directors amid cooling demand
Disney Reorganization Looms Ahead Of First Earnings Report Since Bob Iger’s Return
Faction of Tory members feel ‘disconnected’ after being ‘denied a vote’ when Sunak became PM
‘No excuse for dodging scrutiny’: Labour demands report on levelling up progress