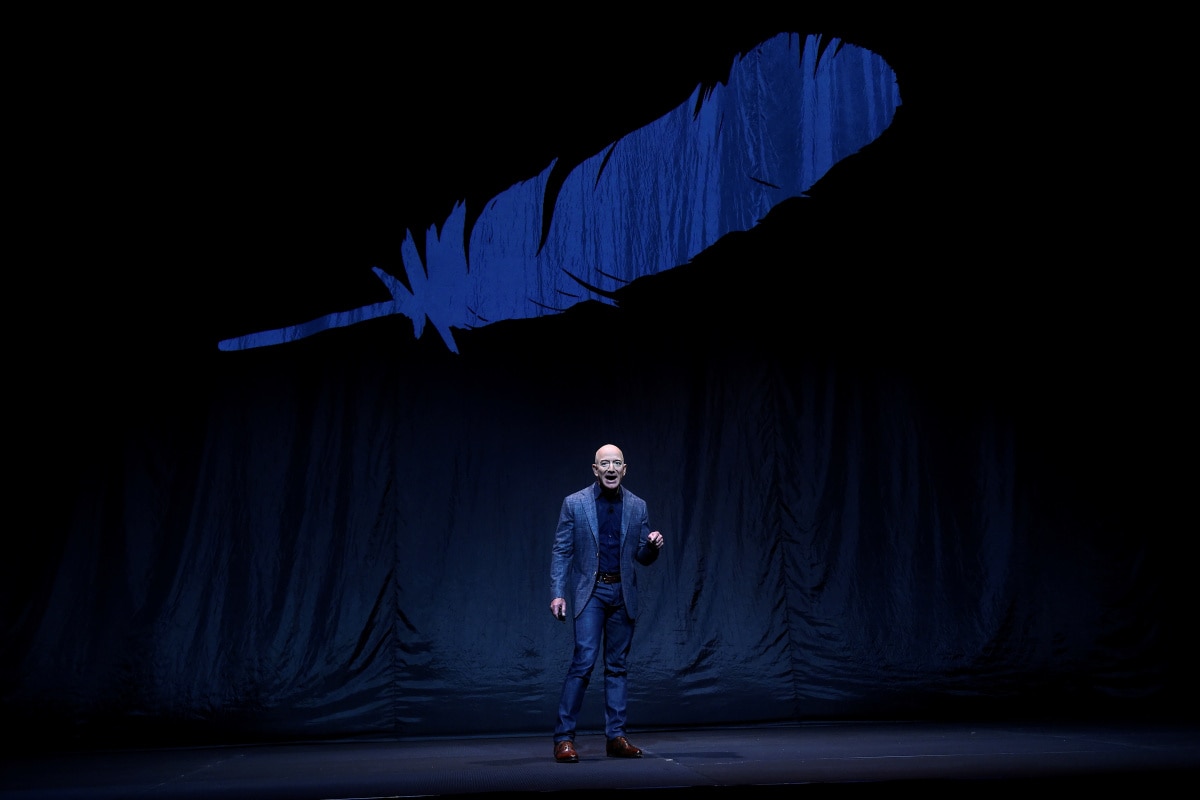 Blue Origin completed the fourteenth test flight of its New Shepard rocket booster and capsule on Thursday, marking one of the last remaining steps before the company flies its first crew to space, the report said.

Responding to a Reuters request for comment on the report, a company spokesperson said “this is rumour and speculative – not confirmed.”

The CNBC report said Blue Origin aims to launch the second test flight within six weeks, or by late February, and the first crewed flight six weeks after that, or by early April.

In December last year, Bezos said that Blue Origin will take the first woman to the moon’s surface.

“This (BE-7) is the engine that will take the first woman to the surface of the Moon,” Bezos said in a post on Instagram with a video of the engine test this week at NASA Marshall Space Flight Center in Huntsville, Alabama.

The BE-7 engine, which Blue Origin has been developing for years, has tallied 1,245 seconds of test-fire time and will power the company’s National Team Human Landing System lunar lander.

Blue Origin leads a “national team” as the prime contractor that it assembled in 2019 to help build its Blue Moon lander. That team includes Lockheed Martin, Northrop Grumman, and Draper.

Blue Origin has vied for lucrative government contracts in recent years and is competing with rival billionaire Elon Musk’s SpaceX and Dynetics, owned by Leidos Holdings, to win a contract to build NASA’s next human lunar landing system to ferry humans to the moon in the next decade.

Kate Winslet Recalls Her Agent Being Asked About Her Weight When She Was Younger
Tech layoffs send visa holders on frantic search for employment to avoid deportation
Built to Spill Announce 2023 U.S. Tour
After ‘The Bachelor’ & ‘The Midnight Club’, Elan Gale Scares Up New Twists In Hulu Dating Series ‘Back In The Groove’
13 Best Faux Feather Dresses 2022: GLAMOUR’s Party Edit