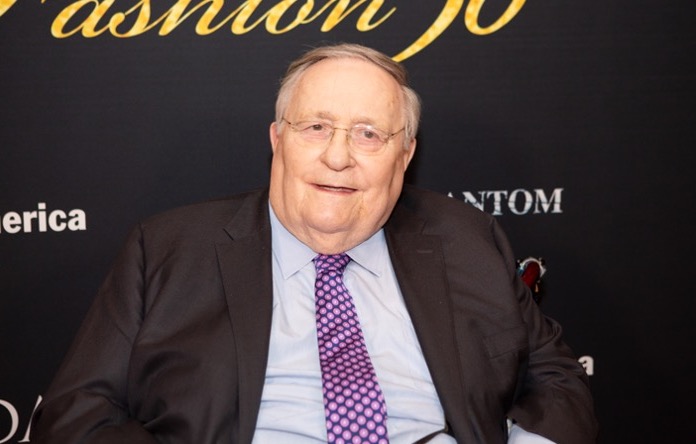 Philip J. Smith, who as the longtime chairman of Broadway’s Shubert Organization was one of the most influential and powerful forces in American theater, died today in New York City of complications of Covid-19. He was 89.

Smith’s death was confirmed by daughters Linda Phillips and Jennifer Stein. Smith retired from his position as chairman and co-CEO in June and had most recently held the title of Chairman Emeritus.

“We have lost a giant of the American Theatre and a most beloved member of our Shubert Organization family,” said Robert E. Wankel, who succeeded Smith as the chairman and CEO. “Over his 63-year career, Phil Smith influenced every aspect of the professional theatre and earned the respect and admiration of everyone from the stage doormen to the greatest performers and creative talents of our time. He was devoted to his work, his friends, his colleagues and above all, his family. On behalf of the board of directors, the officers and staff of the Shubert Organization, I extend our sincere condolences to his daughters, Linda and Jennifer, and the extended Smith family.”

In addition to Smith’s position with the Shubert Organization, he served as a director and chairman of the Shubert Foundation, the nation’s largest private foundation dedicated to unrestricted funding of not-for-profit theatre and dance companies.

Smith joined the Shubert Organization in 1957 as the box office treasurer at the Imperial Theatre, going on to acquire experience in every department of the company. He was named general manager of all Shubert theatres in 1964.

In 1969, he was promoted to Shubert vice president and soon made one of his most important industry innovations: the introduction of credit cards as a method of purchasing Broadway tickets. He is considered the essential contributor to the industry’s the transition to computerization. With the creation of Telecharge, he changed forever the way tickets are purchased, expanding accessibility of tickets. He continued that mission as an instrumental part in the establishment of the Times Square TKTS discount ticket booth.

During more than 15 years as the organization’s executive vice president, Smith worked closely with Bernard B. Jacobs, president, and Gerald Schoenfeld, chairman, whose stewardship of the company began in the early 1970’s. Following Jacob’s death in 1996, Smith was named president. He served alongside Schoenfeld for 12 years.

After Schoenfeld’s death in 2008, Smith became chairman and co-CEO of the Shubert Organization, and Wankel, the longtime Shubert executive vice president, was named president and co-CEO.

In all, during his 63-year Shubert career, Smith helped shaped all aspects of production, theatre operations, management and creative development. He was a longtime member of the executive committee of the board of governors of the Broadway League, and served as vice chairman of the board of the Actors Fund. He was a primary force in the creation of the Shubert Pavilion, a four-story addition to the Actors Fund Home in Englewood, NJ, and served on the board of yrustees of Broadway Cares/Equity Fights AIDS.

In addition, Smith was a leader of Catholic Senior Services and received the Panis Vitae meritorious service award from Catholic Charities and was honored for lifetime achievement by the UJA. He was a member of the Knights of Malta and a recipient of the Ellis Island Medal of Honor.

In 2011, Smith was honored with a special Lifetime Achievement Tony Award in recognition of his extraordinary contributions to the theatre industry. In 2015, he was inducted into the Theater Hall of Fame and honored as a Living Landmark by the New York Landmarks Conservancy.

Born in Brooklyn to Irish immigrants, Smith attended New York City public schools before entering Bishop Loughlin Memorial High School as a scholarship student. During his high school years, he took a job as an usher at the RKO Orpheum movie theatre in Brooklyn and soon became chief usher and then assistant manager.

After graduation from high school, Smith was promoted to manager of the RKO Palace movie theater in Times Square (now a Broadway venue). During his time there, he worked with Judy Garland, Danny Kaye, Lauritz Melchior, Jerry Lewis and Betty Hutton.

In 1951 he met Phyllis Campbell, a professional dancer who was working at the Palace as an usher. Campbell appeared regularly on Jackie Gleason’s CBS variety show as a member of the June Taylor Dancers. On Broadway, she appeared with Elaine Stritch in On Your Toes.

Smith is survived by daughters Linda Phillips, who resides in New York City with her husband, Martin, and Jennifer Stein, who lives in Cincinnati with her husband John; and grandchildren Grant Phillips, James Phillips, Kate Stein, Michael Stein and Peter Stein.