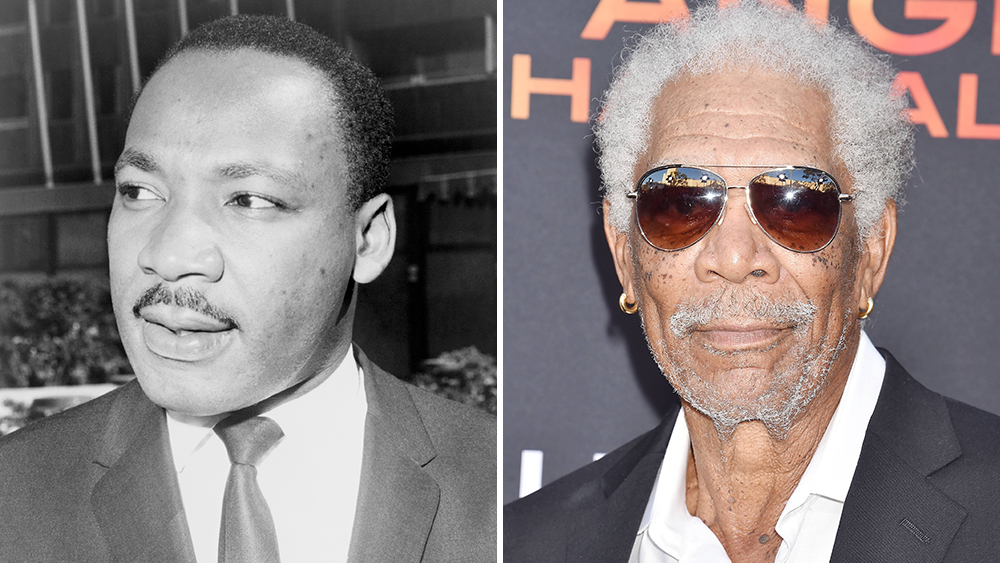 Morgan Freeman will commemorate Martin Luther King Jr Day tomorrow with a series of 12 videos that will begin playing hourly on Freeman’s Instagram page, at 8 AM Eastern time. Each video recalls Dr. King’s words, most of which have much to say about life in current  difficult times as they did when he said them back in the ‘60s.

Freeman narrates each video, which unfold with the backdrop of monuments from Capitol Hill to the Edmund Pettis Bridge, where Dr. King led the Selma Alabama march in which demonstrators were brutally attacked by police. The shocking televised images became a flashpoint for passage of the Voting Rights Act of 1965.

“Across the globe, we have seen many acts of selflessness,” Freeman said. “Neighbors, friends and even strangers working together to heal our world. In these trying times we must remember and uplift the good. While rising above violence. Today is not an ordinary day Today is about a man who had a dream And had the voice to speak the truth To an entire country Even though there was opposition And it was incredibly unpopular It shook an entire nation And paved the way for equality and justice He paid for that dream. And it cost him his life So we must never forget about him Today, we must remember To keep the dream alive So be kind Show love to one another Help pave the way for equality and justice And have faith that our great country can recover from anything. Because through this We remember Dr. Martin Luther King Jr.”