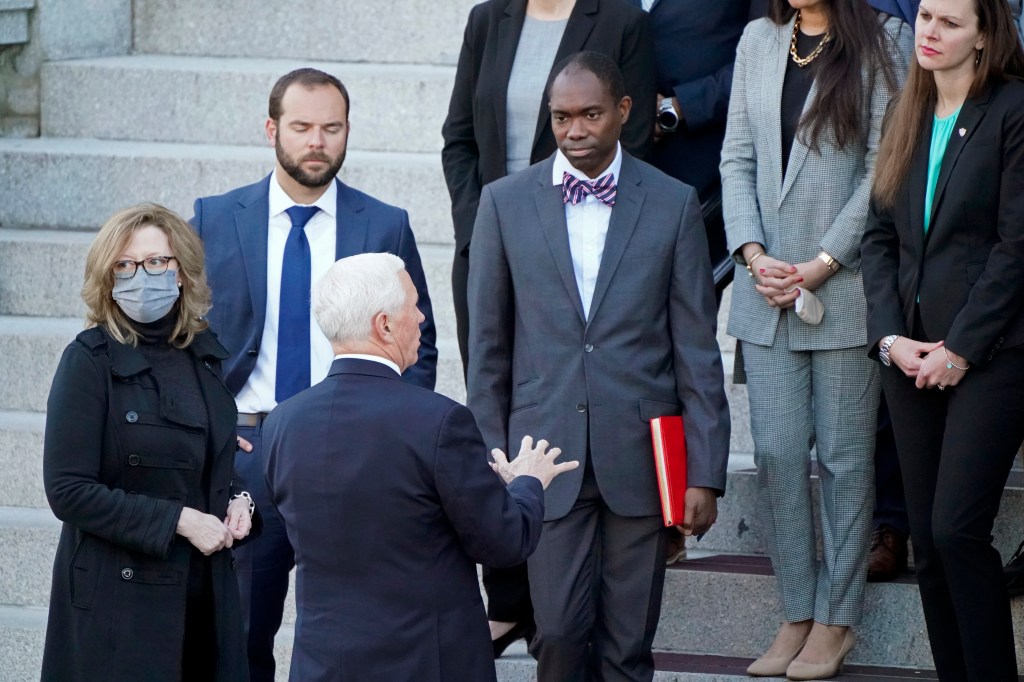 Vice President Mike Pence plans to attend the swearing in ceremony on Wednesday of Joe Biden and Kamala Harris, but is not expected to be present at a sendoff ceremony planned earlier in the day for Donald Trump.

Pence’s schedule includes attendance at the Capitol, where Biden and Harris will be sworn in at noon ET.

Earlier in the day, Trump is scheduled to depart Joint Base Andrews with a morning ceremony, but CNN and other outlets reported that Pence is not scheduled to be there. Pence was presiding at the Senate when rioters stormed the Capitol, some screaming threats about the vice president because he did not maneuver to overturn electoral results so that Trump could win the election.

Trump’s sendoff ceremony will be unusual for a departing president. He declined to attend Biden’s inaugural or even congratulate him on his victory. The closest he came to conceding the race is when he acknowledged in a Jan. 7 video that a new administration would be coming in on Jan. 20.

Normally, the departing president invites the president-elect to the White House for a morning tea, and they ride together to the inauguration, a symbol of the peaceful transfer of power. Trump will be the first president since Andrew Johnson in 1869 to skip a successor’s inauguration.