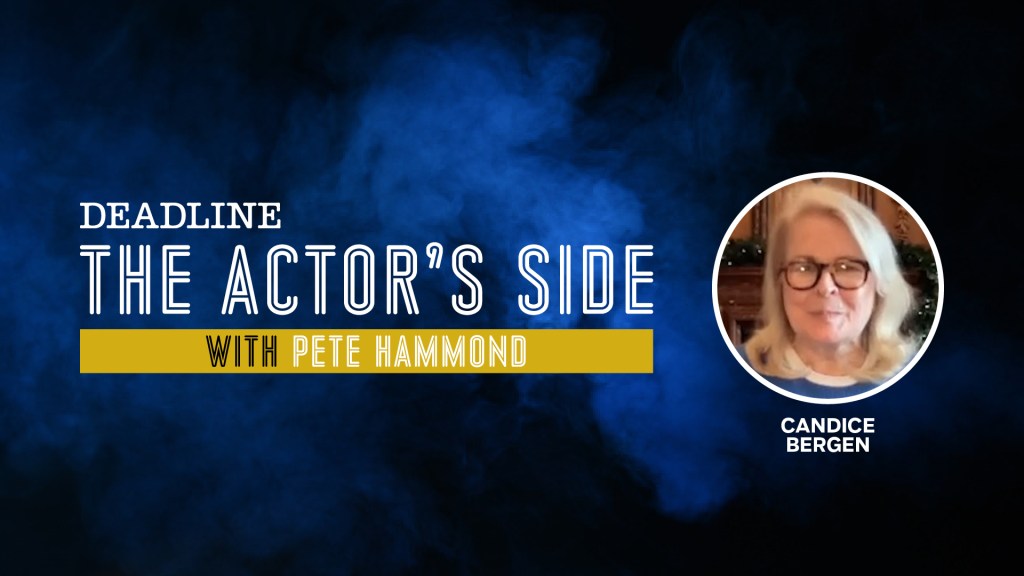 Candice Bergen joins me today on my Deadline video series, The Actor’s Side, and the five-time (in a row) Emmy winner starts us right off by explaining why, after winning so many times for her signature Murphy Brown character, she asked not to be considered for the role anymore. “I think the audience had probably had enough,” she laughed as we started our conversation, during which she also reveals that she could have gone on playing Murphy forever — saying it was “heaven for me” — and also talks about the CBS reboot of the series during the Trump era and why she was disappointed over its cancellation after several episodes.

The occasion for this particular interview was her current film, Steven Soderbergh’s Let Them All Talk on HBO Max, in which she co-stars with multiple Oscar winners Meryl Streep and Dianne Weist as one-time college chums reunited decades later by Streep’s successful author on an increasingly tension-filled cruise to London on the Queen Mary. Bergen marvels at Soderbergh’s ability to pull it all off with just a 10-day shoot on a working ship, with no script, just a treatment and story outline in which the stars basically had to improvise their own dialogue. This would be an acting challenge for anyone, but these pros pull it off, and Bergen — developing a complex character named Roberta — steals every scene she’s in.

The star, who comes from show business lineage — her father, Edgar Bergen, was a legendary entertainer — got her initial break in movies including The Group and The Sand Pebbles in the 1960s and has been evolving ever since. Of those early days, she tells me: “I was inept. I didn’t know a thing.” She certainly learned fast: By 1980 she had received an Oscar nomination for a film in which, among other choice moments, she sings a song called “Better Than Ever” very badly to a horrified Burt Reynolds in Starting Over (and, coincidentally, losing to Streep, who took her first Oscar that year, for Kramer vs. Kramer). Bergen says she always has been comfortable in comedy and, though describing it initially as “pure terror,” also talks about learning from the experience of hosting Saturday Night Live several times. She is in the five-timer club and was the first female host as well as first host to be asked back.

Bergen, working in a movie starring three actresses now in their 70s — an astonishing feat in Hollywood these days — is “better than ever” herself, and you can get her actor’s side of things and watch our conversation by clicking the link above.

Doubts over my premiership as PM are ‘settled’, Johnson says
Investors could do ‘a lot worse’ than FedEx here, Jim Cramer says
Wealthy customers will help Apple resist the effects of inflation
‘The Minutes’ Is Latest Broadway Production To Continue Audience Masking Beyond July 1
Elon Musk’s SpaceX Gets FCC’s Approval to Use Starlink Satellite Internet for Moving Vehicles