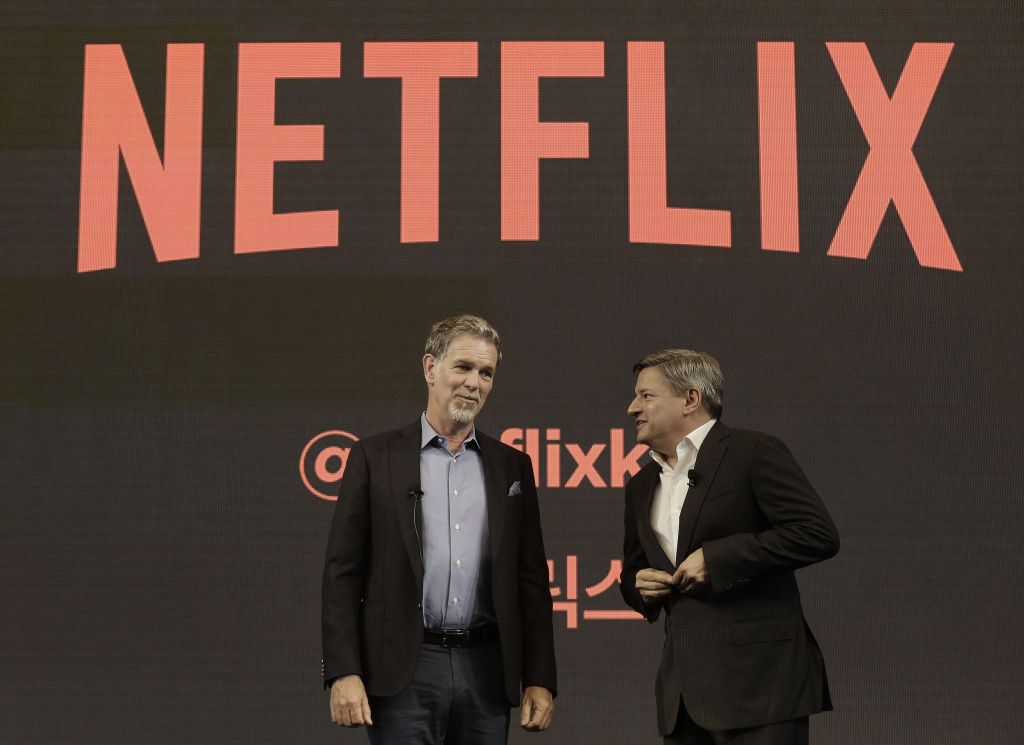 After reporting better-than-expected subscriber growth and marking a key financial milestone, Netflix is seeing its shares hit a new high on a wave of euphoric reaction from Wall Street.

Upgrades and increased price targets have rained down on Netflix after Tuesday evening’s earnings and the company’s declaration that it will turn cash-flow positive in 2022 and won’t need more debt financing.

Shares in the streaming leader zoomed past $570 in the early going, up 14%, and at one point reached a new high of $577.77. Trading volume was nearly four times normal levels.

Eric Sheridan of UBS upgraded Netflix to “buy” from “neutral,” explaining that he sees it as a “long-term winner as more consumer habits shift globally toward a handful of streaming media platforms.” The quarterly earnings report “will act as a further validation point,” he added.

Jeffrey Wlodarczak of Pivotal Research went a lot higher than that, setting what he said was Wall Street’s loftiest projection for Netflix shares at $750, up from $660, with a “buy” rating still in place.

Michael Morris of Guggenheim said the earnings report was a “flex” on competitors. Benjamin Swinburne of Morgan Stanley cited the cash-flow guidance as a major turning point. “After a debt funded business model shifting from licensed to original programming over the past five years, Netflix has scaled to a self-funded and now a highly free cash flow generative business. This will strengthen its competitive position, reduce the risks to the business, and reinforce our ‘overweight’ view.”

Amid the euphoria, there were a few more measured expressions from the Street.

Michael Nathanson of MoffettNathanson maintained his “neutral” rating, but boosted his price target by $45 to $465. He sees tough comparisons with 2020 as a limiting factor for the stock, but praised the company’s execution in a note to clients. “Looking back over Netflix’s 2020 results, it is still striking
to see how the Covid-19 pandemic has been nothing but a major boon to the company’s operations,” he wrote. “As much of the world is still shuttered in their homes with nowhere to go and nothing to spend their money on, consumer adoption of streaming services has been accelerated by years. With theatrical releases still few and far between and a lack of new scripted programming, Netflix’s advantage vs. other
entertainment choices has massively increased over the past year.”

Noted Netflix bear Michael Pachter of Wedbush Securities is sticking with his “underperform” rating, but lifted his price target to $340 from $235. “While we are far more constructive about Netflix than we have been at any point in nearly a decade, we continue to question its valuation,” he wrote in a research note.