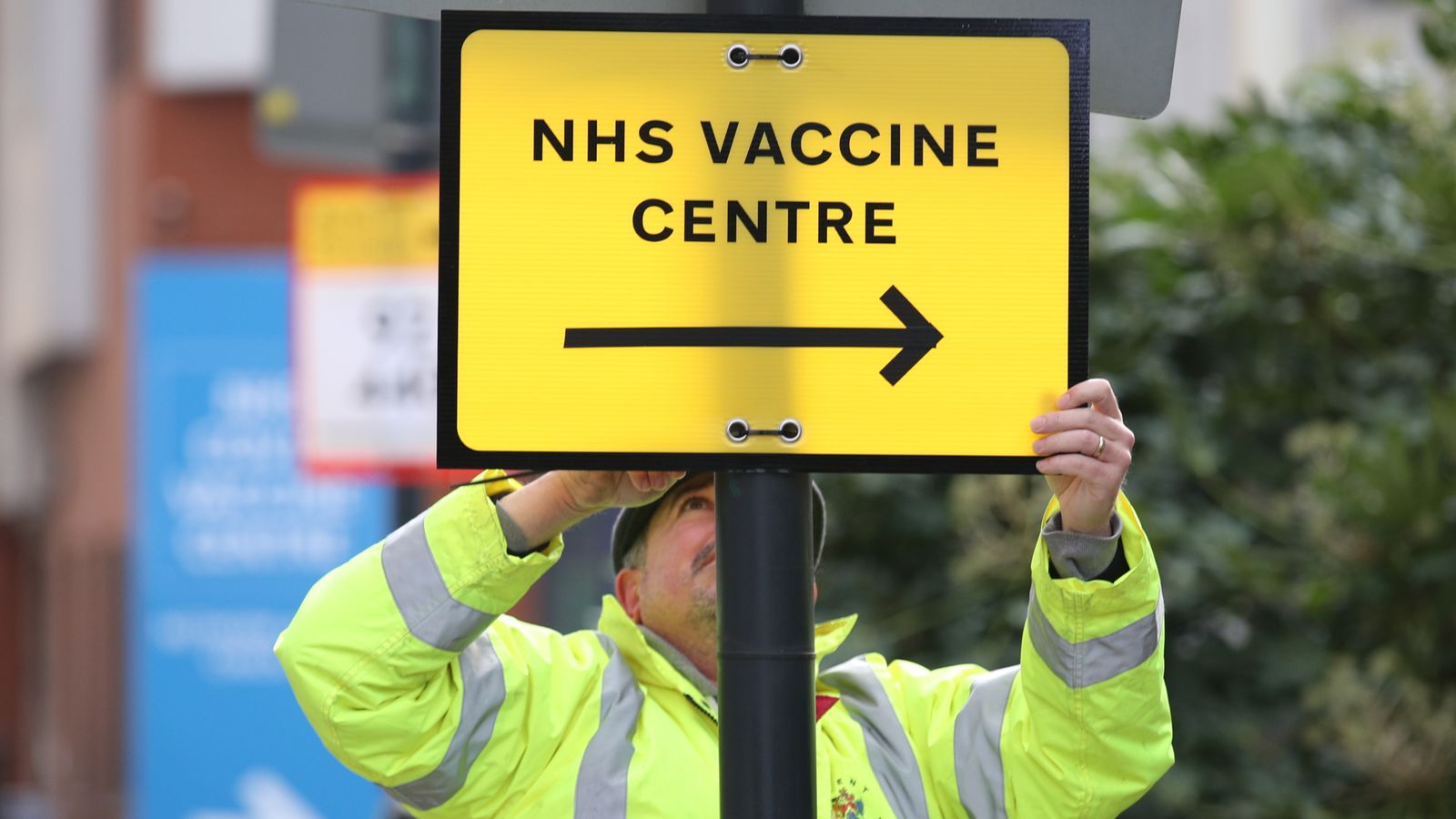 An online system for booking COVID vaccine appointments has been criticised after claims ineligible people have been using it to “queue-jump” and receive the jab.

The Swiftqueue website is being used by numerous NHS trusts to allow health and social care workers and over-70s to sign up for coronavirus vaccinations.

However links to the site’s booking platform intended for NHS and care workers have been posted on social media, allowing those not yet eligible to book appointments.

Labour MP Toby Perkins has highlighted the problem after successfully signing up for a jab he was not entitled to.

The 50-year-old gave his correct age but was not asked whether he worked in health or social care.

He later cancelled his appointment.

Mr Perkins, a Labour shadow minister, told Sky News he was “very disturbed” with how the system seemed to be open to abuse.

He said he was aware of at least two people in his Chesterfield constituency who had successfully been inoculated without being ineligible.

“People are desperate for this vaccine and are willing to support the system as long as they know it’s fair,” Mr Perkins said.

“I appreciate that Swiftqueue has taken steps to try and sort it. But it is not fool-proof and I know people who aren’t entitled have taken advantage.”

It is understood some primary care trusts are now using web links that expire after 24 hours, to prevent them being widely shared.

Mr Perkins said: “Organising appointments via telephone to the correct people is best. If you are going to have a system where people can book online, you need to be in control of who does that.

“If anyone with the URL is able to book on, you need some way of stopping those who are not entitled.

“It could be a physical check at the actual door, but it would be far better to prevent them booking in the first place.”

Swiftqueue and NHS England have yet to respond to requests for comment.

Bobby Pin Eyeliner Is Trending For Creating The Most Delicate Definition When Your Felt Tip Won’t Cut It
Ari Lennox Performs “Waste My Time” at the 2022 Soul Train Awards: Watch
The Best Books of the Year According to The New York Times
Man who died after staying at controversial migrant processing centre had diphtheria
Yeah Yeah Yeahs Announced as SNL Musical Guests for December 17