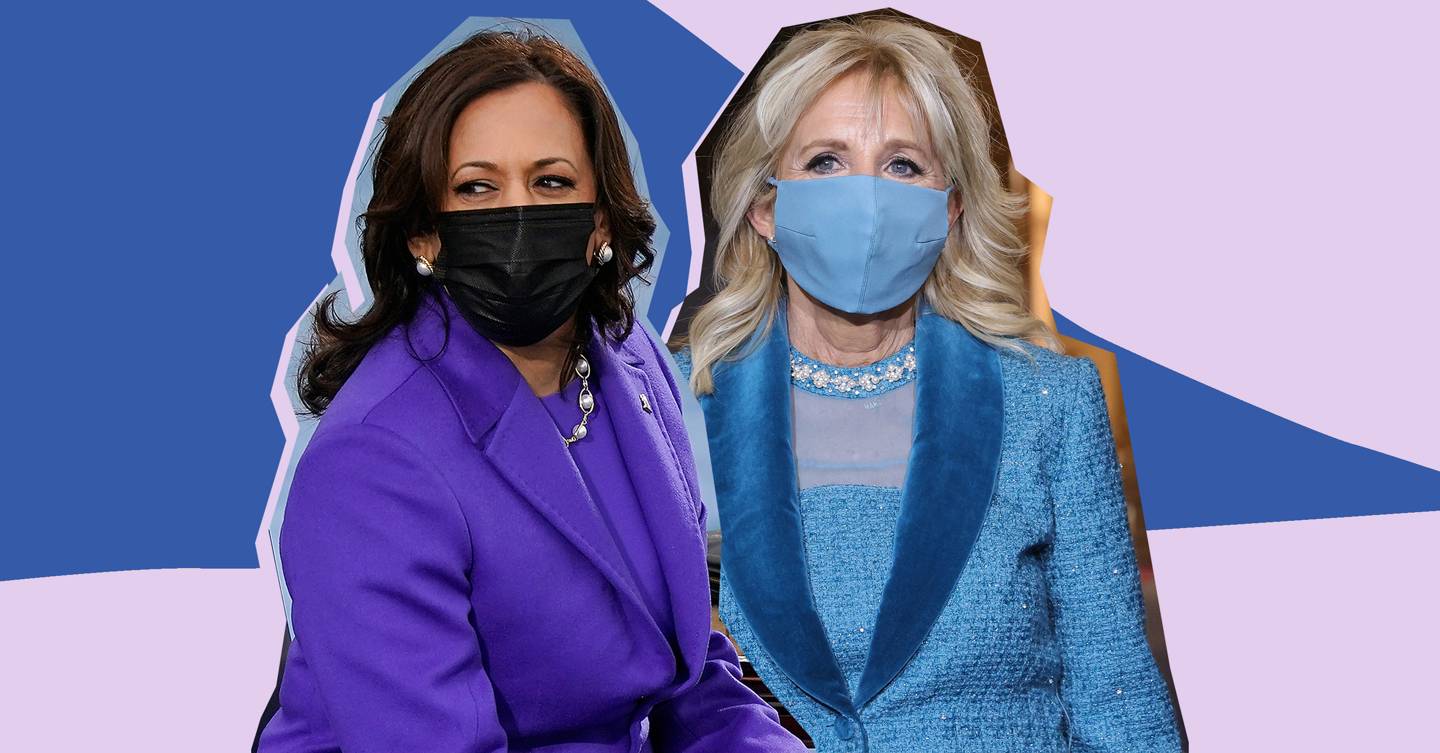 All eyes are on incoming Vice President Kamala Harris and the new First Lady of the United States of America, Dr Jill Biden, today on 20th January as Joe Biden is – at last – sworn in as US President.

Though this year’s inauguration looked very different to normal thanks to the pandemic and the 6th January Capitol riots, Dr Jill Biden’s and Kamala Harris’s fashion choices were as chic and spot-on as expected.

For her inauguration outfit, Dr Biden wears a custom-made blue dress and matching coat from emerging designer Alexandra O’Neill of female-led brand Markarian. The coat features deep blue velvet fabric along the deep collar and the cuffs, while Swarovski crystals and pearls embellish the dress’s neckline and the coat.

According to Elite Daily, Dr Biden’s dress has a special meaning: ‘The light blue color was chosen to signify “trust, confidence, and stability.”‘

America’s new First Lady was clearly keen to champion an up-and-coming and female-led US label, rather than opting for a more traditional or established designer.

According to Vogue, purple might have been chosen to symbolise unity – as it’s the colour you get from mixing blue with red – as unity was the pillar of the new President’s inaugural speech, calling for national unity.

A day earlier, both Harris and Dr Biden attended a memorial service to honour the 400,000 lives lost to coronavirus in the US.

Harris wore a camel coat from Kerby Jean-Raymond’s Pyer Moss, a designer who used his studio as a donation point for PPE during the pandemic and pioneered a $50,000 relief fund for women- and minority-owned businesses.

Dr Biden opted for a jewel-toned purple coat from Jonathan Cohen, a Mexican designer whose heritage and upbringing in San Diego inspires his work, illustrated in his choice of deep, rich, celebratory hues. Cohen also places an emphasis on sustainability; something which Dr Biden has previously championed in her fashion choices.