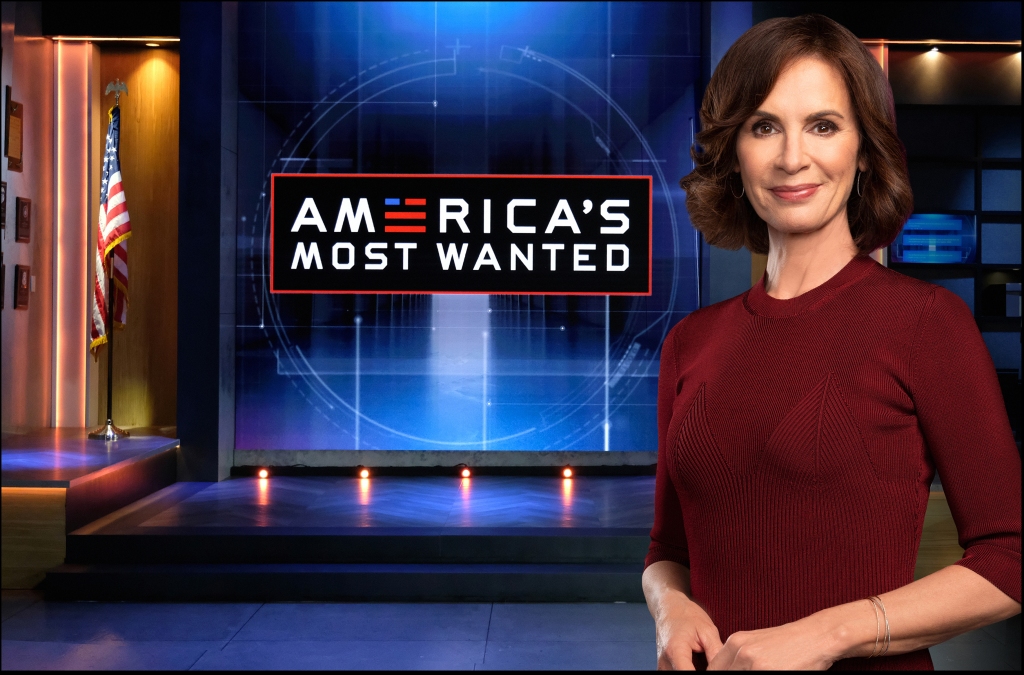 EXCLUSIVE: A signature Fox program, America’s Most Wanted, is coming back to the network with a new season, set to launch in March.

Emmy-winning journalist Elizabeth Vargas will succeed John Walsh as host of the revamped America’s Most Wanted, which is being produced internally by Fox Alternative Entertainment.

While AMW‘s goal remains the same — enlisting public’s help to track down some of the country’s most dangerous fugitives — the program will now employ a number of technologically advanced tools to assist in the search, including harvesting the power of social media.

“It is about bringing people together, it is about unifying the country together in the pursued of these criminals,” said Rob Wade, President, Alternative Entertainment & Specials, Fox Entertainment. “The show has the ability to create a huge impact on society and resonate with audiences. I  think it represents in many ways the heart of America.”

The new AMW is done with the blessing of Walsh, who could appear on the program if his current commitments permit.

“Capturing dangerous fugitives, bringing justice to victims and finding missing children is my lifetime’s work,” Walsh said. “I am so excited to hear America’s Most Wanted is coming back and I support its return. God bless.”

Each week, Vargas will break down cases from the show’s new headquarters, consulting with a team of experts representing law enforcement units such as the FBI, U.S. Marshall’s Office and Secret Service.

The revival builds on its original format by using crime reenactments that will utilize new state-of-the-art crime-fighting technology, such as augmented reality and 3-D life-size avatars that will illustrate what suspects might look like now, pinpoint map-tracking that will take the audience hot-on-the-trail of suspects, and social media that will give viewers instant connection to the AMW team.

In addition to the FBI, the show also has access to Interpol files and would be able to use international police forces to help with the search, which is important in today’s global society where more and more fugitives are traveling outside of the country.

The revival will feature some high-profile cases where the alleged perpetrators were never caught, including cold cases from the original AMW. The profiled fugitives will be connected to a wide variety of crimes, including murder fraud, kidnapping, sex crimes and theft.

In addition to big cases, AMW will also future smaller crimes of the week to help law enforcement with current cases such as a gas station robbery caught on a CCTV camera.

Fox plans to keep AMW very current, with each episode filming 2-3 days before air and after the previous episode has run to include an update on the cases presented the previous week. The network will be getting word on the profiled cases out prior to their broadcast by including them in promos for the episode so viewers can start sending tips ahead of time that could result in an update in the premiere telecast.

“That’s what is at the heart of the show, crowdsourcing by using social media and approved communication systems to track down some of the most brutal criminals,” Wade said.

Fox was encouraged about the prospects of the new AMW from the get-go. The original proof of concept tackled two cases, which were investigated, reenacted with a trip to where the crime had happened. The producers spoke with local police departments and the Interpol. Through that process, the show reignited interest in one of the cases, law enforcement followed up and caught the fugitive.”

After America’s Most Wanted linear telecasts on Fox, it will be available on Fox Entertainment’s streaming platform, Tubi, as well as On Demand, FOX NOW and Hulu. On Demand episodes are available for customers of AT&T TV, Cox, DIRECTV, DISH, Hulu Live, Optimum, Spectrum, Verizon FiOS, XFINITY, YouTube TV and many more.

America’s Most Wanted was the longest-running program in Fox history when it was canceled by the network in 2011 after 25 seasons, a mark since surpassed by The Simpsons. Following its cancellation by Fox, the show was picked up that same year by cable network Lifetime, where it aired until March 2013.

Hosted by Walsh, the original series featured reenactments of dangerous fugitives portrayed by actors, interspersed with on-camera interviews, with a voice-over narration by Walsh. Each episode also featured photographs of dangerous fugitives, as well as a toll-free hotline number where viewers could give information. To date, the program has helped capture more than 1,186 criminals, including 17 on the FBI’s Ten Most Wanted list. It also has reunited 43 missing children with their families.