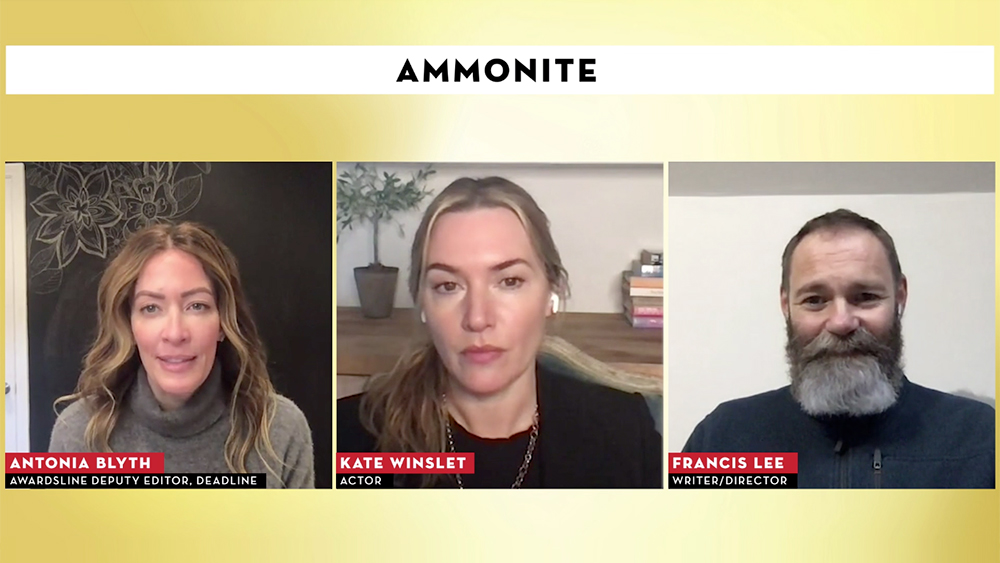 To follow up his 2017 breakout indie hit God’s Own Country, Francis Lee found inspiration in the story of a little-known British fossil collector named Mary Anning. For Ammonite, he embellished what little is known about Anning, fashioning a romantic story for her, and cast Kate Winslet as the enigmatic heroine and Saoirse Ronan as the young woman who cracks her shell.

Lee, joined by the Oscar-winning Winslet on Neon’s panel at Deadline’s Contenders Film awards-season event, said he happened upon Anning’s story by chance.

“I was actually looking for a gift for a friend who really liked polished stones and fossils,” he says. “So I was Googling quite a lot and Mary Anning’s name kept coming up. So I started to read about her and I was instantly struck by her circumstances. Here was this woman, born into a working-class family, with access to very little education and through her own tenacity and self-taught knowledge—and a real will to survive—rose to become what I guess we would now call the leading paleontologist of her generation. It really struck me that she was living in a totally patriarchal, class-ridden society, and how a working-class woman achieved what she achieved was something that really made me want to investigate her further.”

Winslet says that she was an admirer of Lee’s work before she signed up to Ammonite, having been a fan of God’s Own Country. “I remember thinking, ‘God, I’d love to be in a film like that,’” she says. “I loved the writing, and the characters, and the honesty I found very, very beautiful and subtle. And so, when I read Ammonite, it had a similar [sense] in terms of how gentle and quiet the build of the love story was between these two women.”

Check back for the panel video.

Army may be deployed to ease possible strike disruption over Christmas
Caroline Polachek Announces New Album, Shares New Song: Listen
Sam Bankman-Fried could face years in prison over FTX’s $32 billion meltdown — if the U.S. ever gets around to arresting him
Broadway’s Susan Stroman Wants London To Go Wild Over ‘Crazy For You’ Again – This Time With West End Star Charlie Stemp
Reality TV star on trial accused of sharing garden sex tape on OnlyFans