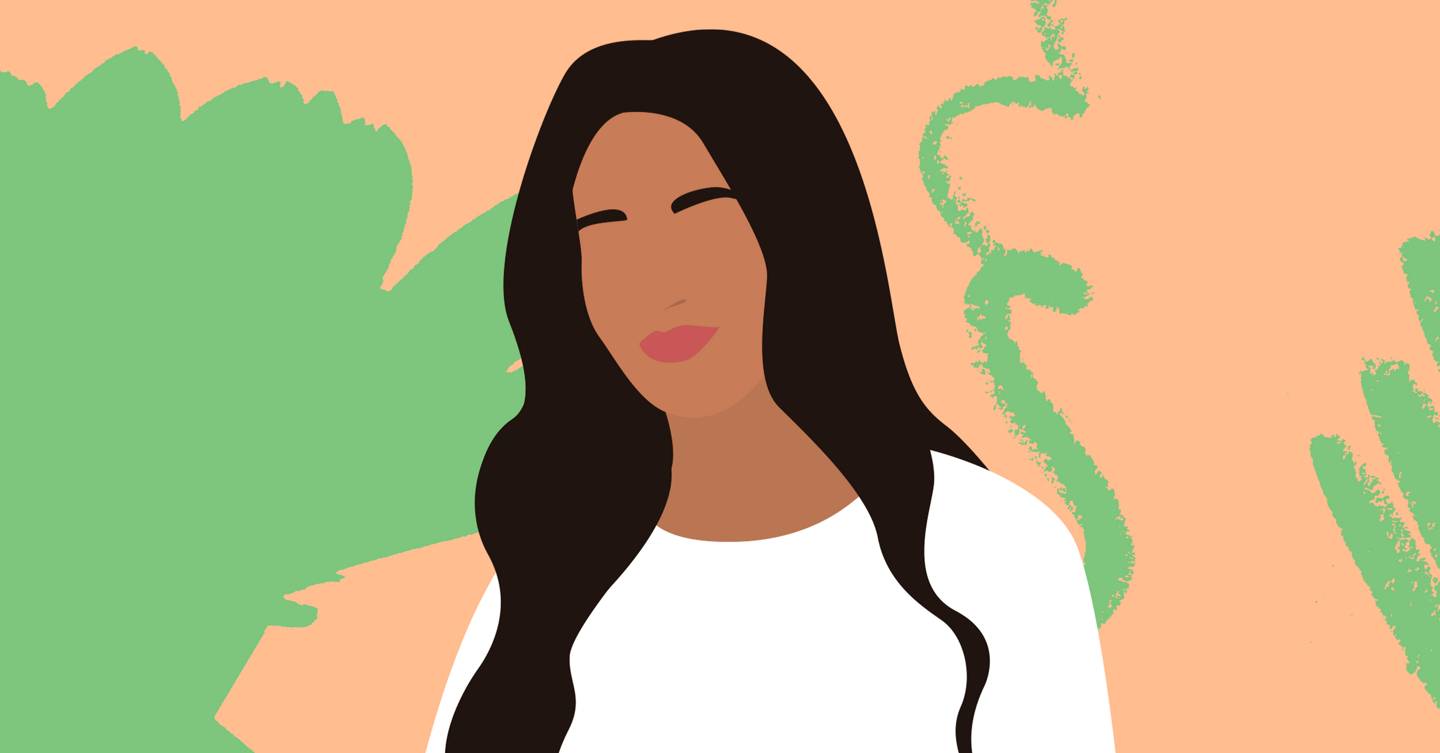 It feels like this past year, Indian beauty standards have had a lot of bad press.

And for good reason – the Indian archetype for women can feel overwhelmingly narrow – or at least they did when I would flick through the Indian magazines we had at home. The women pictured were so fair-skinned they looked white, wide-eyed, with thick, swollen lips. It felt like the concept of Indian beautywas based around looking like those who had colonised India.

But despite the norms that aggravate me, I can’t help but feel relieved by some of the Indian beauty standards I grew up with.

Take body size: In the UK; spindly legs and bony torsos often seem ubiquitous as enviable body shapes on Instagram. Girls are considered to have a “hot body”, if they have flat-plank tummies and beetroot salad for lunch. But the Indian mothers I’ve met love to fatten up their daughters like calves for slaughter (or maybe daughters for dowry).

I’ll never forget relatives’ disapproving looks when I wouldn’t eat enough because I was hot (“Are you on a DIET?!?”, they’d yelp – diets were considered taboo). Look, I know skinny-shaming is as problematic as fat-shaming — it’s rooted in the view that prevailed in the West until about fifty years ago; that if you’re slim it’s because you can’t afford to eat. But to be honest, I find the emphasis on curves refreshing. Discovering Bollywood films was revolutionary for me – because unlike Hollywood starlets, whose bikinis have nothing to cling onto, I could finally see normal-size women dancing around – what’s more, happily exposing their wobbly bellies under their saris.

French skincare is incredible, cheap and loved by every celebrity: Here are the products you need to snap up

Best of all, there’s not much point dieting if you’re wearing a sari – draped correctly, the sari flatters every body type because it consists of optical illusions; folds of shimmering sari borders, layers of cotton and silk gliding delicately over your curves – right the way down to your feet – which are the only thing that peep out from underneath.

In fact, the way saris oblige such modesty can be a relief. Growing up in Essex, I often felt like I couldn’t go outside at the weekend without showing off my legs or tits. But in much of India, there’s no choice, because you don’t show much of your skin (except, somehow, your belly, in a sari).

Now obviously, the idea that I have to cover myself up to protect men from their predatorial predilections is pretty grim and regressive. But sometimes it’s just a relief to go to a party in salwar kameez (basically your comfiest pyjamas feat. a shawl and sequins), and not have to change your outfit based on whether you could be bothered to shave your legs that morning.

And then there’s the Indian acceptance around hair. Okay, this is partly because hair has to be accepted by Indians; people from the Indian subcontinent sprouts thick, black hair all over our bodies. But I had to beg my mum to let me pluck my eyebrows as a teenager; even Kajol, the alpha Bollywood actress of the nineties, famously sported a unibrow for most of her career. Outside of reality TV shows like The Real Housewives of Bollywood, it’s pretty standard to sport a sprinkling of frizz around your forehead; no-one’s trying to flatten it with hair straighteners or crop it, like in the UK.

Of course, the biggest Indian beauty standard is bling. Indian people feel the get dressed up for everything – to go all Carrie Bradshaw on taking the bins out. Going to the corner shop? Well, you’ve got to spend fifteen minutes wrapping yourself in the equivalent of five shiny togas first; what will the neighbours think if they see you without a sari? At my Bollywood dance classes, we don’t do streetwear like caps or T-shirts. My dance teacher insists we bejewelled crop tops and skirts which catch the lights as we twirl around.

In the UK, diamanté is sometimes considered distasteful – a girl in my primary school once told me that getting your ears pierced at a young age was tacky (after I told her I had mine done at four). On a night out here, it would seem tragic to pile on jewellery – like a child playing dress-up. But Indians are magpies when it comes to metallics – possibly the only worldview that Jay-Z and Indian aunties have in common is that they think your merit is measured by the number of chains you can fit around your neck, the bangles on your wrists.

It’s considered auspicious to wear the colour gold, and to wear earrings – my mum’s greatest fear as a teenager was that my ears would be bare.

I know Indian beauty standards are by and large constraining for women; many are well overdue an update. But there are some I’ve been holding onto for a fair few years – and I don’t want to let go of them just yet.