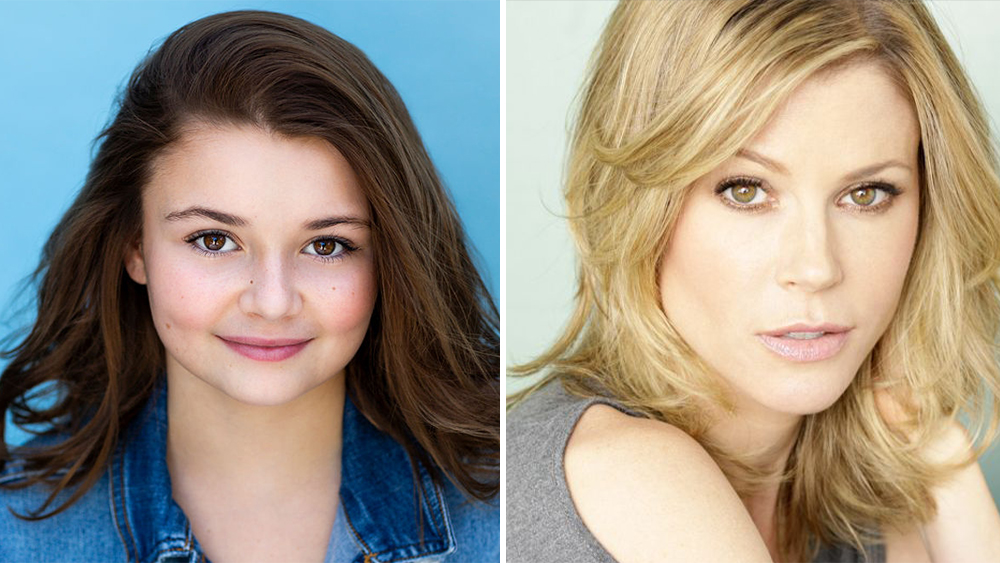 EXCLUSIVE: The music-driven project Mixtape, which landed on the 2009 Black List, is finally turning up the volume at Netflix.

Stacey Menear penned the original script with revisions by The Half of It‘s Alice Wu.

In Mixtape, on the eve of Y2k, orphaned, awkward 12-year-old Beverly Moody (Allen) discovers a broken mixtape crafted by her teen parents. Raised by her grandmother Gail (Bowen), a former teen mom herself who finds it painful to speak about her late daughter, Beverly sees this mixtape as a chance to finally learn more about her parents. So she sets out on a journey to find all the songs on the tape. Along the way, she makes friends with her quirky neighbor, Ellen (Audrey Hsieh); intimidatingly tough, Nicky (Olga Petsa); and Anti, an anti-everything record store owner who’s the key to finding these tracks, and a renewed bond between Gail and Beverly.

Rathbone will play the role of ‘Wes’, a rocker, who knew Beverly’s mother back in the day. He’s now a bitter man who is still playing in a crappy local band. When Beverly approaches him to get some information about her mom, he slanders her mother’s reputation and crushes Beverly’s hopes.

Weiss tells Deadline, “As a mother of two girls at the precipice of child and adulthood, I felt compelled to direct this story of a 12-year old girl trying to find her identity through music, friendship and connection with her young grandmother who is raising her. I knew it was a chance to make a timeless film showcasing the world the way I want my own two daughters and their friends to see it. One that reflects the values they need to make it a better place while celebrating kick-ass music, cool 90’s nostalgia, while forging their own identities. A movie that teaches them that nothing is irreparably lost if we can find the courage to connect again.”

The project, which had Tom Vaughn attached as director back in 2012, is being produced by Gil Netter (Just Mercy, Life of Pi, The Blind Side) and Jim Wedaa (The Boy), the latter attached to the feature for some time.  EPs are Jennie Lee (Flora & Ulysses, Just Mercy) and Chris Foss.  Mixtape also won the American Zoetrope screenwriting contest back in 2009 when it landed on the Black List.

Allen’s credits include Dr. Ken, SEAL Team, Teachers among several others. She is repped by Paradigm and Vault Entertainment.

Bowen is known for her turn as wife and mother Claire Dunphy on 250 episodes of ABC/20th’s Modern Family, a role which notched her two supporting actress Primetime Emmy comedy series wins, as well as four SAG ensemble wins. Her feature credits include Adam Sandler’s Netflix comedy Hubie Halloween, New Line’s Life of the Party, Horrible Bosses, and the upcoming Shailene Woodley drama The Fallout. On TV she’s starred on Boston Legal, Weeds, Ed  among many other notable credits. Bowen is repped by ICM and Liberman-Zerman Management.

Rathbone is known for his role as Jasper Hale in the Twilight franchise as well as The Last Airbender and TNT’s The Last Ship. He recently wrapped WarHunt with Mickey Rourke. He is repped by Innovative Artists, Vault Entertainment, and Nelson, Davis.

Kelsey Grammer Teases When ‘Frasier’ Revival Will Begin Shooting
‘It was the wrong thing to do’: PM apologises for appointing Chris Pincher as deputy chief whip
A New York Library Bans Pride Displays and LGBTQ Kids’ Books, And Other Library Censorship Stories from Pride Month
Charlie Watts Biography in the Works
Elon Musk’s SpaceX Gets FCC’s Approval to Use Starlink Satellite Internet for Moving Vehicles