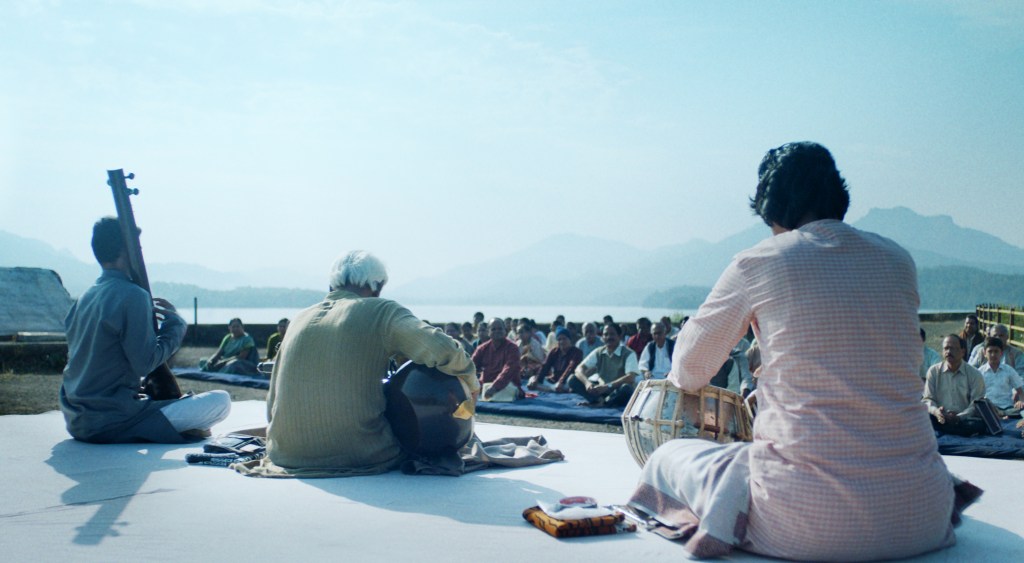 Written, directed and edited by Chaitanya Tamhane, the well-received Mumbai-set drama charts the story of Sharad Nerulkar, who devoted his life to becoming an Indian classical music vocalist, diligently following the traditions and discipline of the old masters, his guru and his father. But as the years go by, Sharad starts to wonder whether it’s really possible to achieve the excellence he’s striving for.

The film was awarded the FIPRESCI prize in Venice as well as the Best Screenplay award before going on to play at Toronto, where it won an Amplify Voices Award.

Cuaron mentored Tamhane after he made his feature debut with 2014 festival favourite Court, which saw Tamhane  win the Lion Of The Future award in Venice.

Speaking about his new film, director Tamhane said: “The story of The Disciple came from my own search for excellence and direction. It’s about how many of us follow all the rules and yet, sometimes, find that something is missing. I was honoured to get the opportunity to work with a creative genius (and my mentor) like Alfonso Cuarón – who directed Roma and Gravity. And now, not only has Netflix acquired it to stream to a discerning global audience. I’m truly grateful and humbled that global industry stalwarts have found this film worthy. A great deal of research goes into making a film and my aim as a filmmaker has always been to tell my story authentically within a dramatic framework. One also needs to afford the audience intelligence and intuition to be able to invest in your story, no matter what the cultural context may be. I’m glad this approach worked out well for The Disciple.”

Alfonso Cuarón commented: “I believe Chaitanya is one of the most important new voices of contemporary cinema and I’m thrilled The Disciple will be able to be enjoyed by audiences all around the world.”

Pratiksha Rao, Director, Content Acquisition, Netflix India added: “We want to be the home for India’s finest films and filmmakers. As we expand our film slate and tell more diverse stories from across the country, we are thrilled to be the home for Chaitanya Tamhane’s, The Disciple. The film is a beautiful story of aspiration, struggle and self-doubt, and celebrates the magic of visual storytelling in the backdrop of Indian classical music, that we can’t wait to share with the world.”

Cyber Monday Hair Dryer Deals 2022: Up to 40% Off BaByliss, GHD & More
Government running out of prison places and has to ask police for 400 cells
13 Best Faux Feather Dresses 2022: GLAMOUR’s Party Edit
Details of divorce settlement between Kim Kardashian and Ye emerge
Popcaan Shares Video for New Song “Next to Me”: Watch